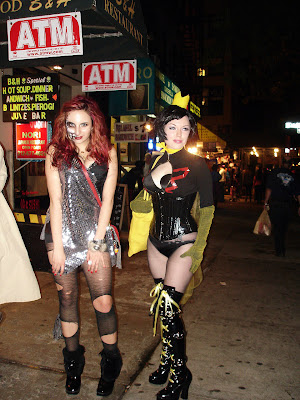 Halloween, East Village, 2009
more Photographs (c) Lisa Galt Bond here
By all the Magic ever Seen...
I wish you Luck this Halloween!

Posted by elizabeth avedon 2 comments: Links to this post 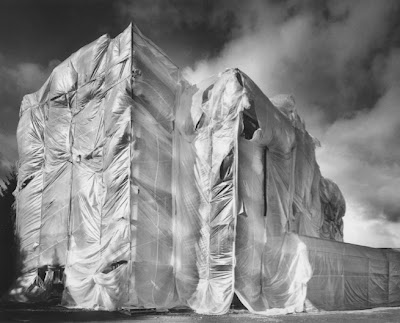 1) The FotoVisura Grant for Outstanding Personal Photography Project is eligible for projects not initiated by an assignment or commission.First prize: $2,000.00 + Prizes

2) The Spotlight Grant for Outstanding Student Photography Project is open to individuals currently in an under graduate or graduate program, or a recent graduate, having graduated after January 1st 2010.First prize: $1,000.00 + Prizes 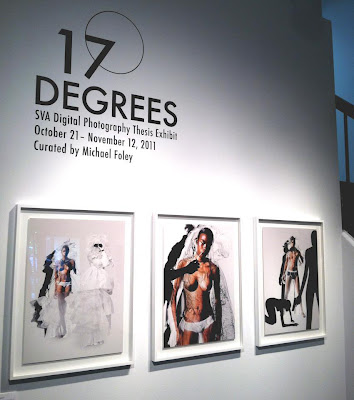 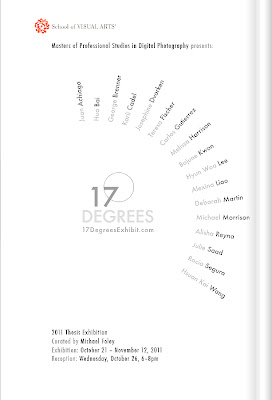 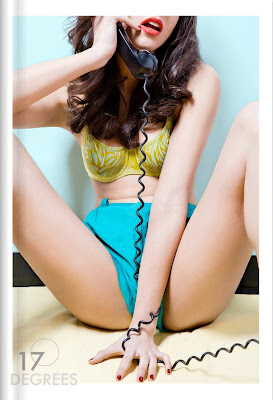 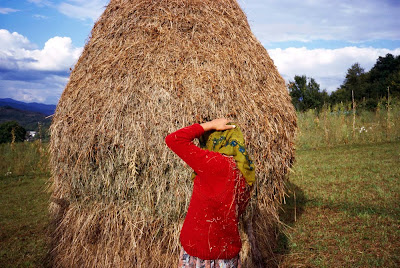 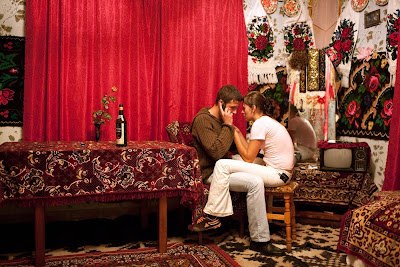 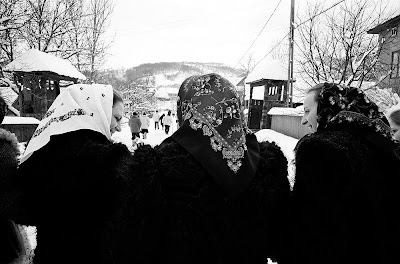 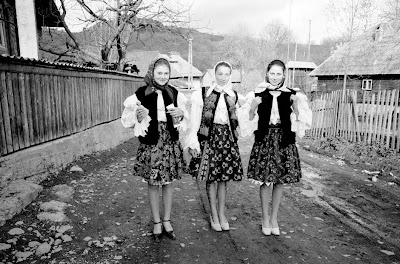 Teenage Girls on Easter Sunday. Valeni, Maramures, Romania
Photograph (c) Davin Ellicson
"Along a series of valleys in the remote Maramures region of Romania near the Ukraine border exists a few dozen villages of subsistence farmers who have preserved a way of life forgotten in the rest of the Europe more than a century ago." –Davin Ellicson
Davin Ellicson Website
Posted by elizabeth avedon 4 comments: Links to this post 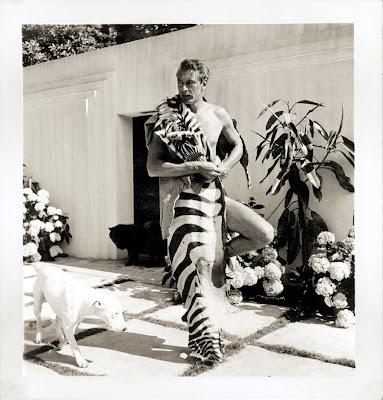 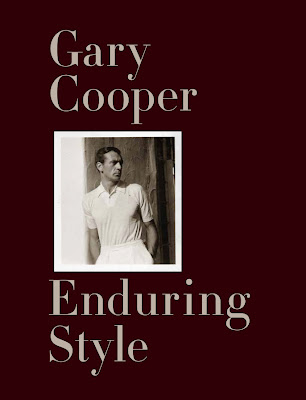 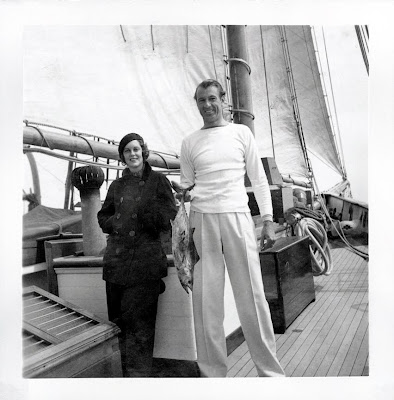 "When Cooper played a cowboy, you really believed he was a cowboy, and when he played an international man of sophistication, he was just as believable...The real life Gary Cooper was just as authentic."–Ralph Lauren
"Gary Cooper: Enduring Style is the first monograph focused on the timeless fashion and allure of this leading man who was a fashion inspiration to his Hollywood peers, clothing designers then and now, and generations of stylish men of every social strata, across the globe. Compiled of unpublished, never-before-seen personal photographs, shot primarily by his wife Rocky, Gary Cooper captures the cars, the mansions and ranches, the guns and gear, and of course the endless outfits for every occasion that this Hollywood icon ensconced himself in throughout the years. Whether hunting with close friend Ernest Hemingway, lounging with Cary Grant, horseback, poolside, or on the beach, on-set or after-hours, in the company of royalty or cowboys, Cooper had the perfect outfit for every occasion, embodying a type of refined masculinity rarely seen and in high demand to this day."–powerHouse Books 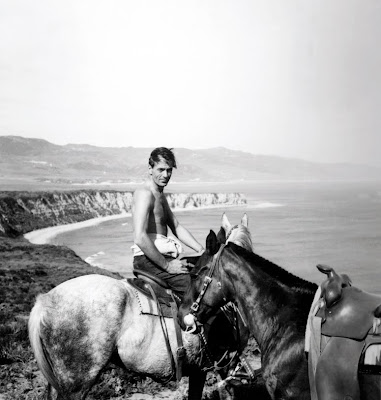 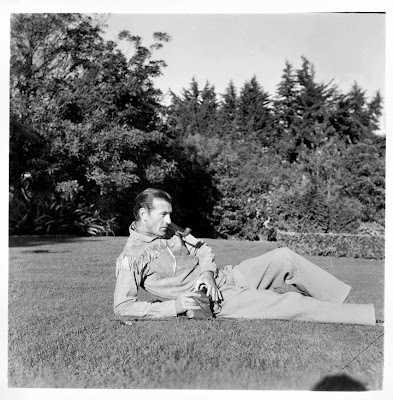 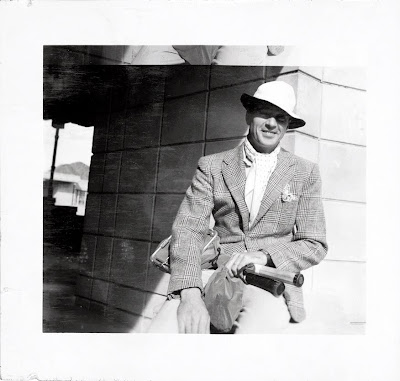 + + +
Gary Cooper made almost a hundred films during his career as top box office star and won his first Academy Award for Best Actor in 1942 for Sergeant York. That same year he was directed by Frank Capra in Meet John Doe (rent it!). Ingrid Bergman collaborated with Cooper on For Whom the Bell Tolls (1943), based on Cooper's friend Ernest Hemingway's novel. He made a Western comedy, Along Came Jones (1945) and starred in the original version of the Ayn Rand novel, The Fountainhead (1949) with Patricia Neal. In 1953, Cooper won his second Academy Award for Best Actor for his performance in High Noon. 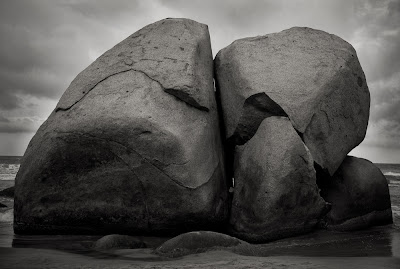 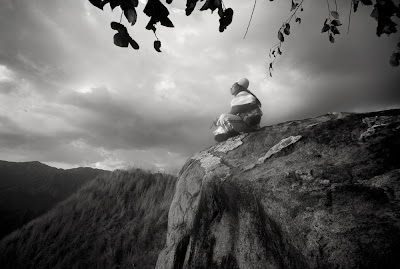 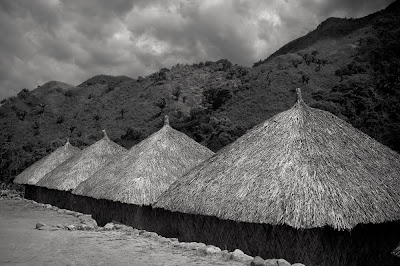 "If they protect their sacred mountain home, the Indians of northern Colombia believe they will keep the entire planet in balance. It's getting more and more difficult." –Wade Davis, Keepers of the World
Read more about the Arhuago Indians of the Sierra Nevada de Santa Marta in National Geographic Magazine
Posted by elizabeth avedon 3 comments: Links to this post 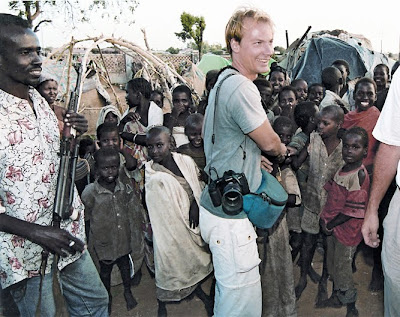 The Rev. Howard Castleberry, now rector at Christ Episcopal Church in Temple, Texas, was a former staff photographer for the Houston Chronicle. While on assignment in Mogadishu, Somalia in 1992, he shot a photograph of a man burying his daughter in the city soccer field turned makeshift graveyard. It was reported that 10,000 people a day were dying in Somalia with the ongoing civil war and subsequent famine that left the country in chaos. The city’s soccer field, along with the botanical gardens, had become a grave yard because the city had run out of burial space. This image earned Castleberry a Pulitzer Prize nomination, and won Picture of the Year and the Robert Kennedy Award for International Photojournalism.

Suffering has always been a part of humanity's condition, and always will be. How we react to this condition is the question. Perhaps my work in Somalia will call attention to the fact that we're all really wanting the same things - a warm bed, a full tummy - and that those with more might give from the heart to those with less. –The Rev. Howard Castleberry

This photograph was selected by the Museum of Fine Arts Houston from more than a million images considered over the past seven years of curating for the future history of war photography exhibition. The prints in the show go from 1848 to the present and are taken on six continents. "The History of War Photography," curated by Anne Wilkes Tucker, will open in November 2012.

I want to thank fellow Memorial H.S. Alumni, artist Mary McCleary, soon to be named "2011 Texas Artist of the Year" in November, for bringing Fr. Castleberry's work to my attention. You can read more about Rev. Castleberry here: epicenter.org

Posted by elizabeth avedon 5 comments: Links to this post 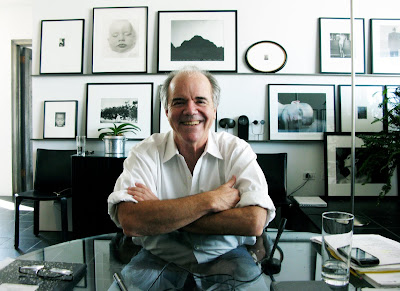 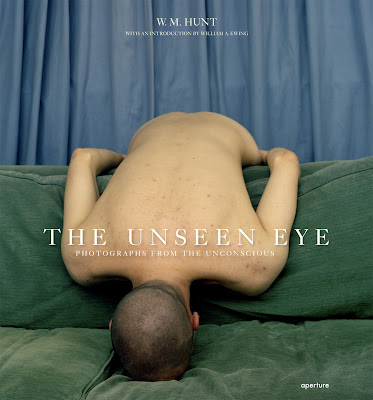 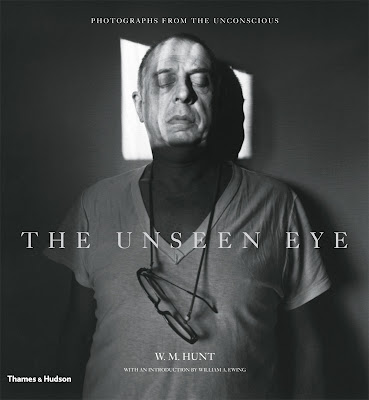 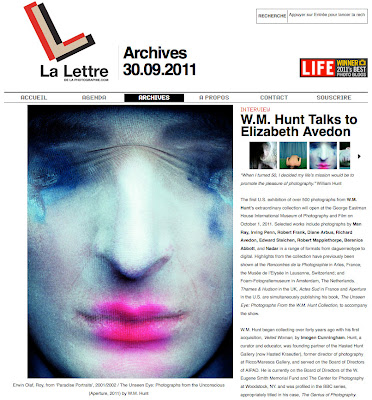 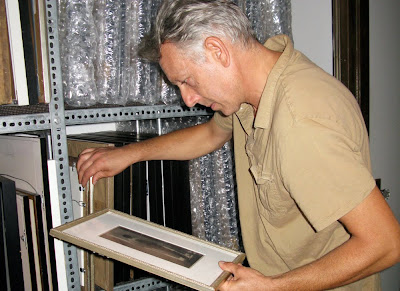 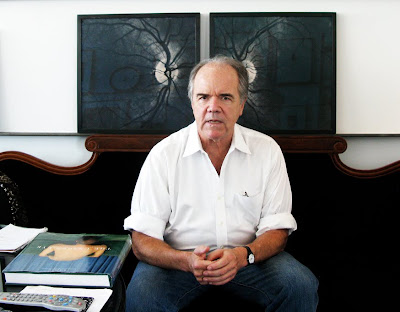