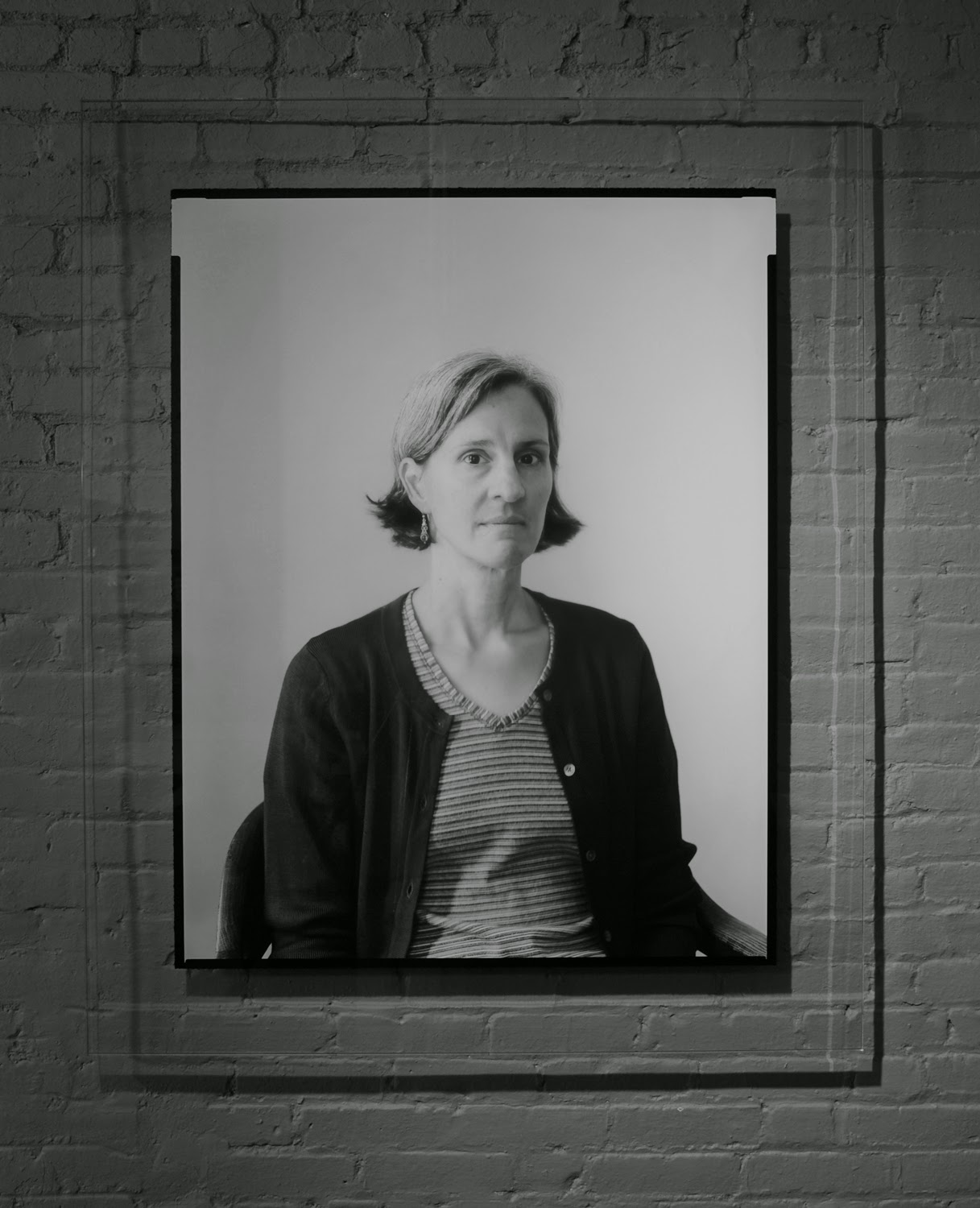 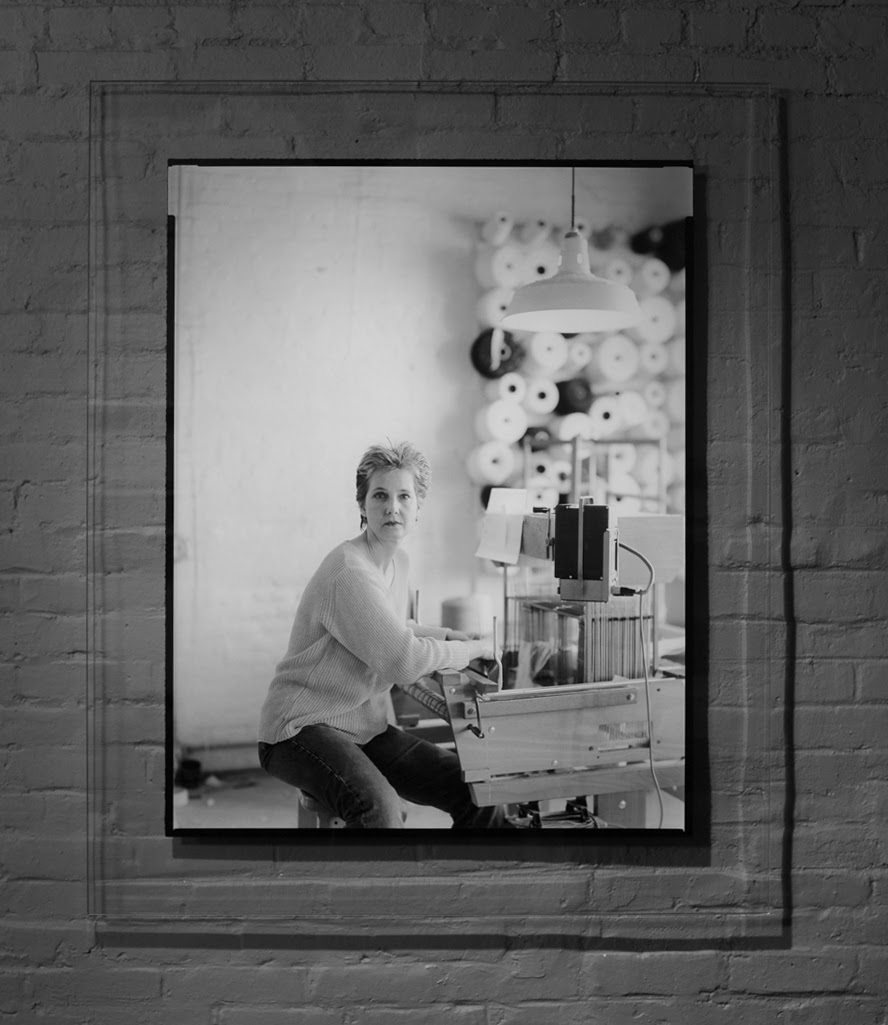 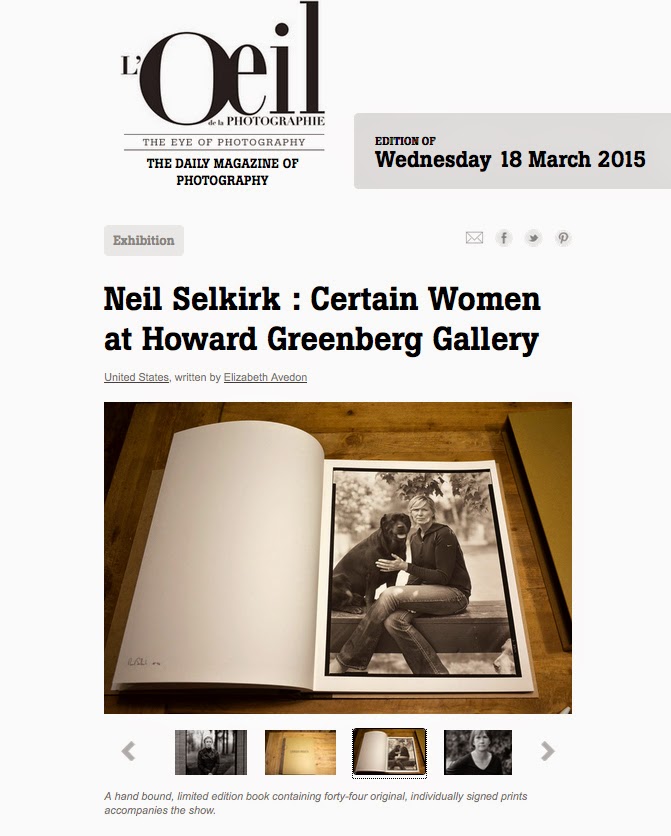 “On the day of her portrait each of these women had a child between the ages of ten and twenty,” reads the first line in Neil Selkirk’s hand bound, limited edition book, Certain Women, the same title of his exhibition on view at Howard Greenberg Gallery from March 19 – May 2, 2015. “That is the only thing you know about them. They are all anonymized. You don’t know what her name is, who she is, where she was photographed, when she was photographed.”

“Although in most cases I have spent only ten minutes or so in the presence of these women, since then I’ve been living with them off and on for twenty-five years, but quite intensely for the last five,” Selkirk tells me. “Recently I just started contacting them. Two of my favorites turned out to be related. I just called one, as she still had the same phone number. She has absolutely no recollection whatever of the event - which is exactly what I wanted. I wanted it to be inconsequential. That’s not true. I didn’t want to impose myself on the situation.”

“The photographs were taken using an ancient 12 x 15” wooden field camera built in the late eighteen or early nineteen hundreds, modified to accept standard 11 x 14” film holders. I chose the camera in part for its massive, daunting presence, it imposed on both subject and photographer a palpable sense of gravity. I was deliberately diffident, and avoided dominating the moment, which tended to leave each subject in communion with herself, gazing, not so much into a lens, as into a mirror that offered no immediate reflection.”

Selkirk, a masterful portrait photographer, first developed the film in his darkroom in the old fashioned way. The negatives were then drum scanned and he made the prints from the resulting digital files using seven different monochrome piezographic inks that he mixed himself. The combination of the huge, luscious film negative, and the unprecedented tonal range of this archival digital printing technology has produced images of exceptional depth and radiance.

EA: Were all of the women shot in New York?

NS: It started out in New York and then I just started going further and further afield; to the Carolina’s, Maryland, Virginia, and I went to Indiana, and eventually all the way to Montana.  Montana was essentially the end. I was there maybe a week or ten days. It was so good, there was just no point in continuing. It was twenty years I was shooting them.

EA: Why didn’t you photograph these women with their children?

NS: It’s about the women in complete remove from the children. It’s about THEM. It was random in that I photographed everybody who said yes. I asked a lot of people I knew, or ran into, did they know anyone. They would say, “I know so and so, so and so” and then I’d ask them. And it was really interesting; it just sort of spread.

Essentially I didn’t try to make anybody comfortable. I would show up at somebody’s house, obviously I’d arranged it, and I said “I want you just the way you are, nothing special” and I’d look around and decide where I’m going to take the picture. I’d say give me 20 minutes or half an hour to set the camera up and I’ll whistle when the time comes. Almost invariably that’s what happened. I would get the camera set up and find what the picture was. My philosophy has always been not to root desperately looking for the perfect place. The right place to take the picture the philosophy says is “right here, right now.”

So if you are standing outside, I’m going to do it “here”.  I’ve taken a lot of pictures and I know what the consequences of “here” are going to be. It’s very consciously not trying to find a story that I want to tell. It’s taking me as far out of the process of editorializing by use of the background as I possibly can. Obviously you’re making decisions all the time, but if you say I’m not going to go round and round and find the most perfectly lit location, I’m just going to take the picture of the woman from “here.” And then we’ll see whether they are worth looking at.

Describing the prints embedded in massive three quarter inch thick slabs of forty by fifty-inch glass, Selkirk says, “They feel great, like this exquisite thing to the touch. The mothers images are eternally suspended, as if frozen in perpetuity in amber.”