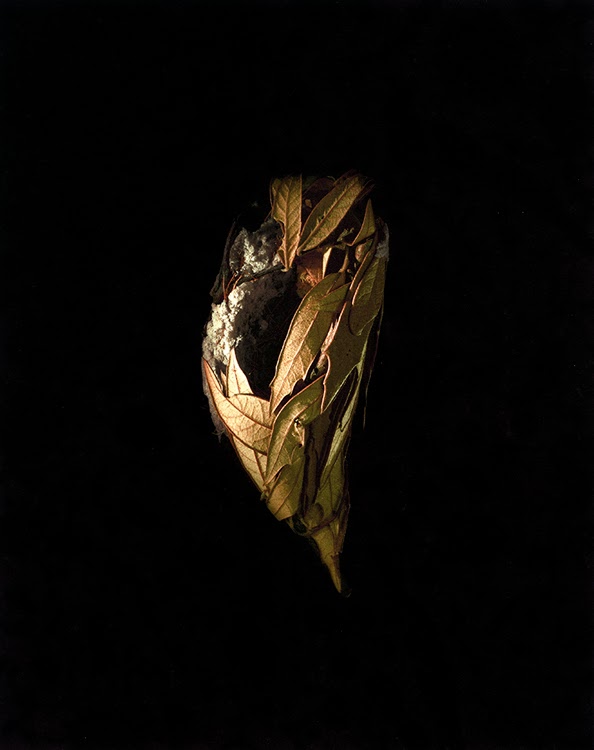 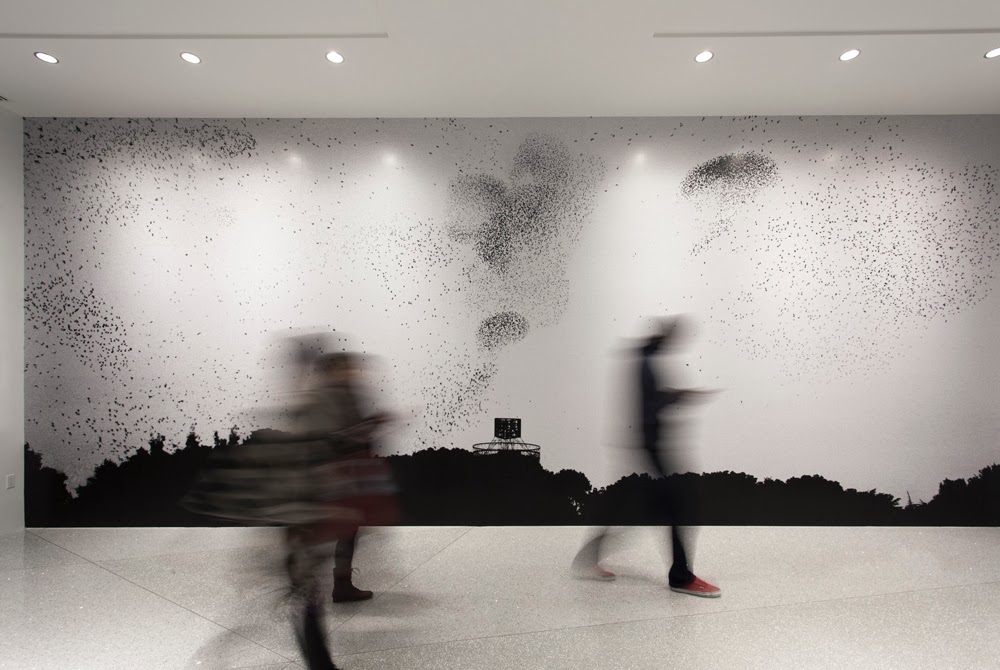 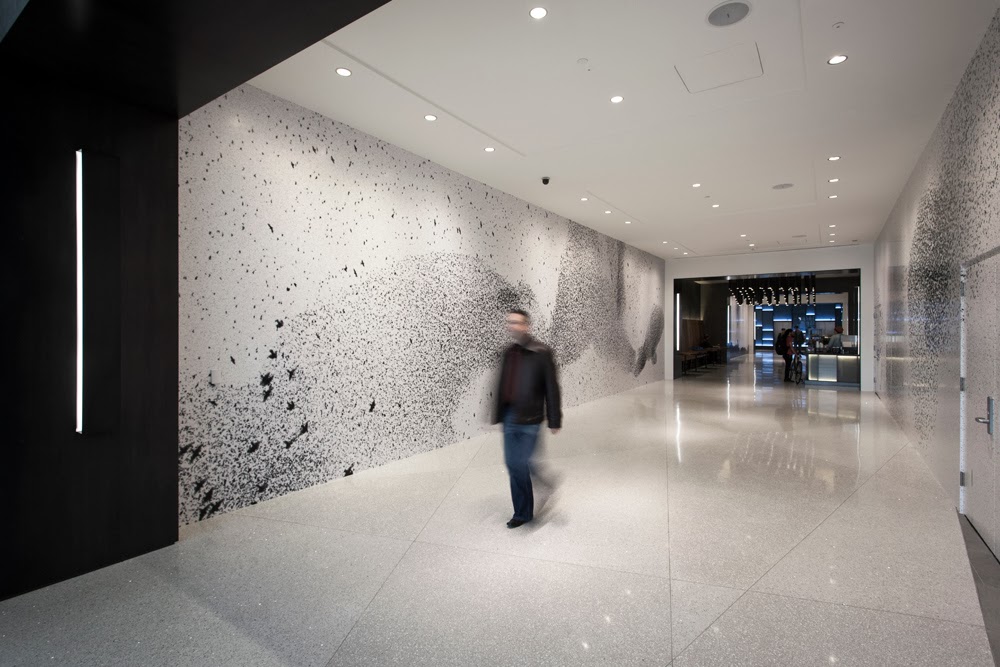 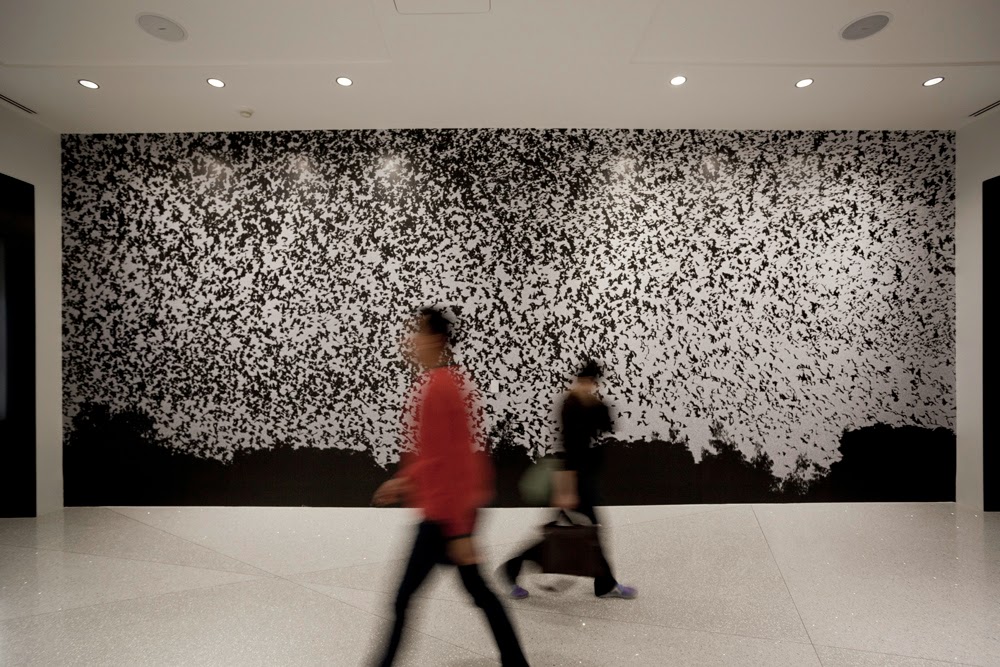 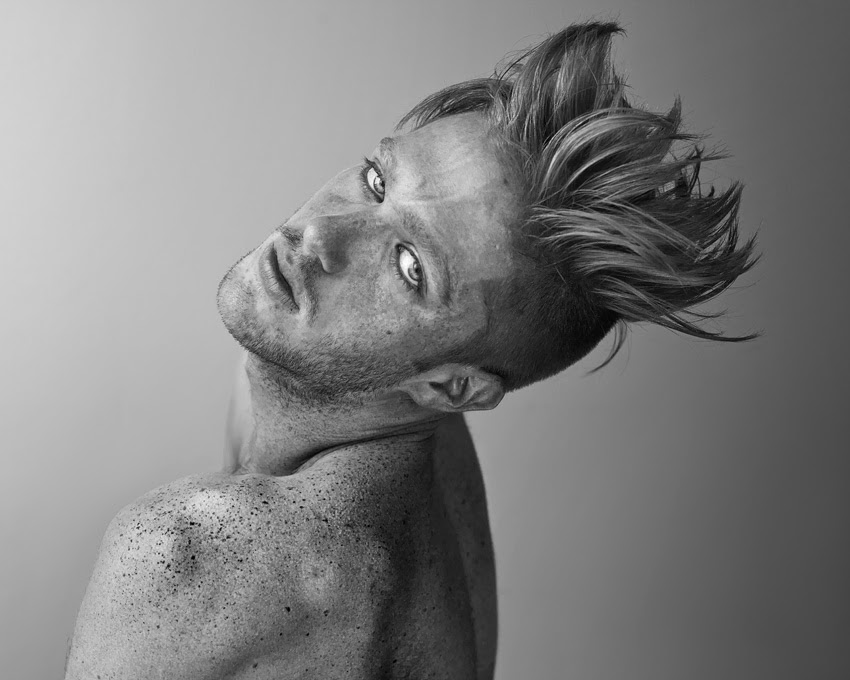 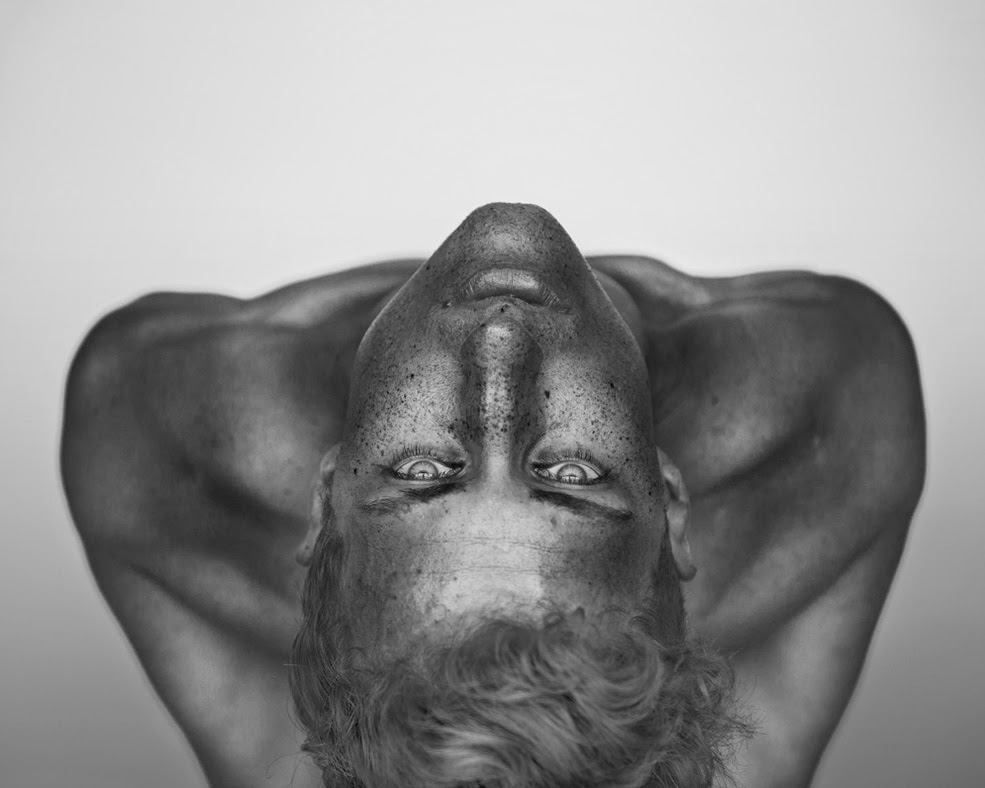 "Inframen" at Daniel Cooney Fine Art is a striking series of black and white infrared images of male dancers by New York based photographer Nir Arieli. "The infrared technique allows the artist to examine below the skin, to reveal the blemishes, scars, stretch marks, sun damage and other traces of wear that lie below the surface of his subject's outward appearance. As dancers, the men express themselves with their bodies, at once pushing their physical limits and maintaining beauty in their appearance and movements."

Nir Arieli launched his career as a military photographer, before receiving a scholarship to the School of Visual Arts in New York - he graduated with honors and has received numerous awards since. If you are in New York, don't miss this exhibition.

Elizabeth Avedon: What brought you to work with dancers which appear in most of your work?

Nir Arieli: My cousin Tal, an incredible dancer, introduced me to his dancer friends and their performances. I don't dance at all, not even at a party. I admire dancers because they can do what seems to me impossible. The training process of a dancer teaches the body to do things that it can't do naturally. I observe it like a child, like it's a super power. Aside from the physical qualities, these are people who are so dedicated to what they do, subvert norms of gender and thrilled to collaborate on projects of different art mediums - It's quite a pleasure collaborating with them.

EA: What is the "infra-red" process you use to shoot these?

NA: The infrared process is being done digitally. The photos are taken in high resolution and in color, and in the conversion process to black and white I imitate what the old infrared film used to do. In this technique the warm tones (which are the tones of everything that is under our skin) are turning dominant, therefore sun-damage, scars, stretch marks and freckles are all being emphasized, and the cool tones are turning light. 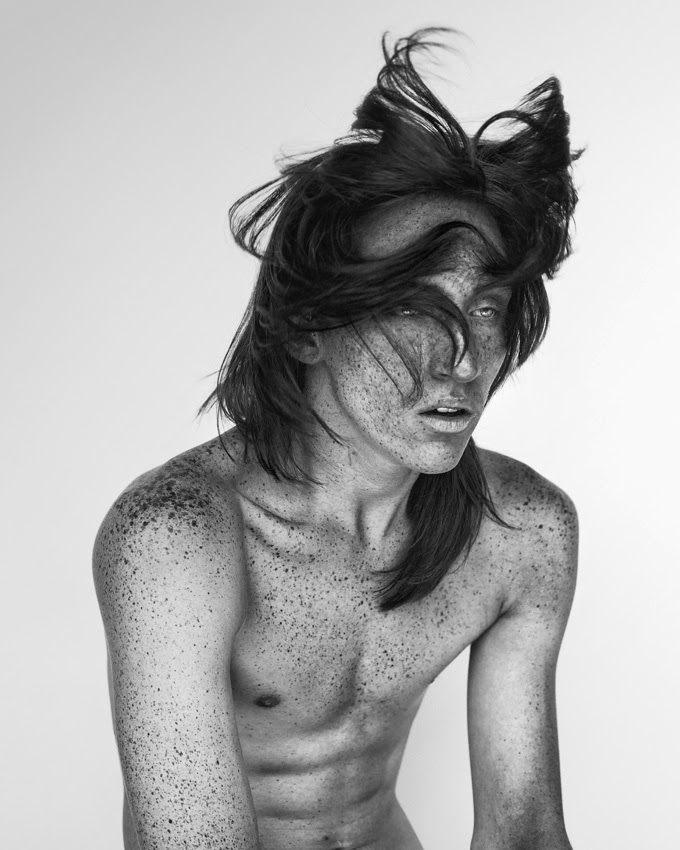 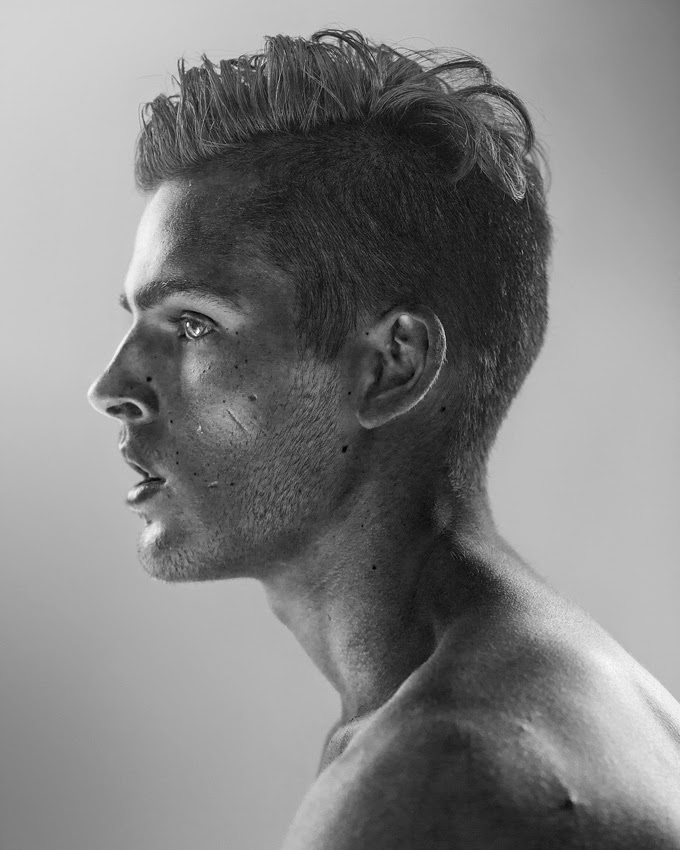 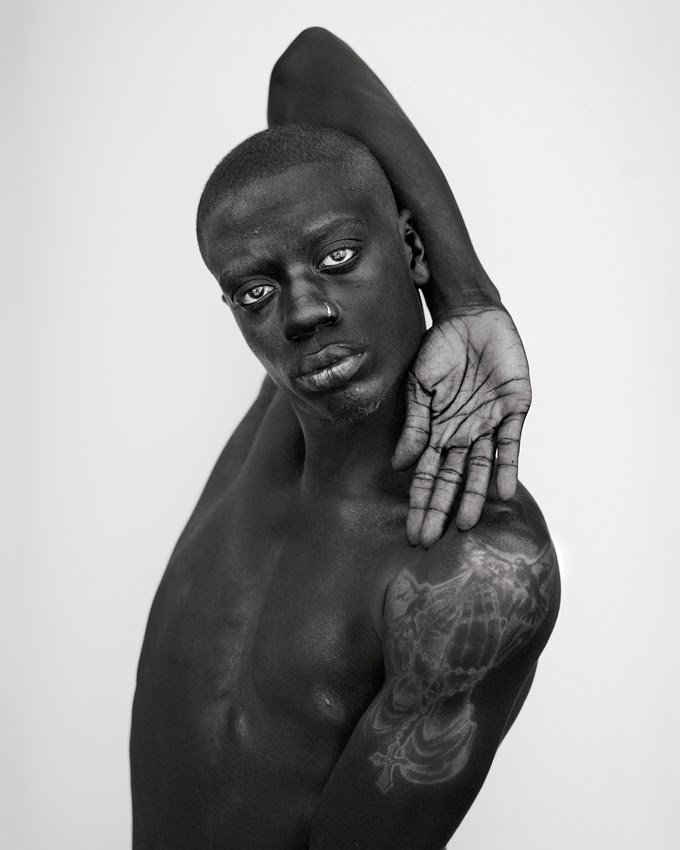 EA: Did you receive your scholarship to SVA through Stephen Frailey's "Photo Global" program?

NA: Stephen Frailey is a significant influence in my artistic journey. I wasn't a part of the "Photo Global" program but he was my department chair during my 4 year SVA BFA Photography program. He is a generous and special educator and artist. The 4-year scholarship I received was the "Silas H. Rhodes Scholarship," named after a co-founder of the School of Visual Arts.

EA: What type of photographs did you begin your career with?

NA: In my mandatory military service in Israel I was lucky enough to serve as a photographer for the IDF magazine "Bamachane". It was a great experience which thought me not only technique but also a lot about what I'm interested in as a photographer. I realized that journalistic work which requires me to capture moments that I have no control over was not something that excites me. I'm more of a director or a sculptor, I need the interaction with the subject and I value the intimacy that is being created during a photo-session.

EA: How does your early work contrast with your current fine art photographs?

NA: The military was like an intense three year school program. We photographed something different each day, both documentary work and portraiture. I got to be on airplanes, on ships and in the desert... I was sent to do assignments. My current personal work is much more intimate and personal. It's about themes that I'm interested in, people that I choose and the dialog of the photo-session. It seems like it's the complete opposite but actually, there are some similarities. I had an agenda as a military photographer to find that gentleness and sensitivity in the soldiers I photographed, which is something I do in my current work. I feel like that period set down the first bricks in this "castle" I'm building.