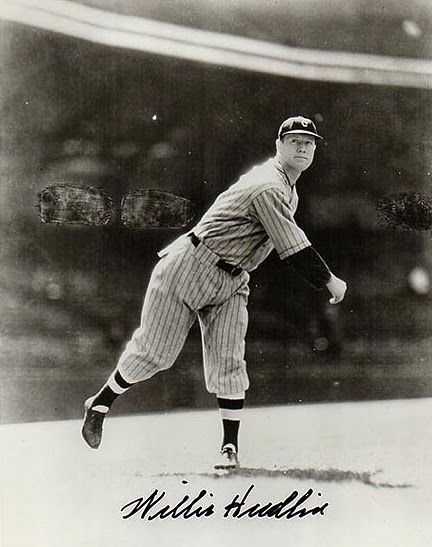 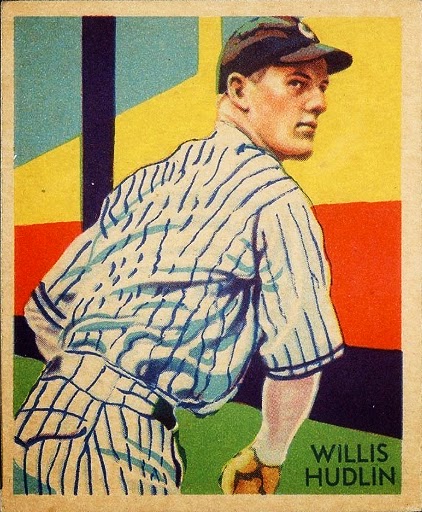 
"But what happened on the field was only a small part of that unforgettable day. They stopped the game when they made the announcement that Charles Lindbergh had landed in Paris.''

A right-hander noted for his sinker, Hudlin yielded Ruth's 500th homer -- and his 30th of the season -- on Aug. 11, 1929, in Cleveland's League Park. Lou Gehrig hit his 27th homer that day, too, but Hudlin was the winning pitcher in a 6-5 complete-game effort.

Long after he retired, Hudlin told of the confusion that came with his connection to Ruth's prowess. ''I can't tell you how many letters I've received through the years asking me what kind of pitcher I was to let Babe Ruth hit 500 home runs off me,'' he told Walter Langford in the Society for American Baseball Research's 1987 Baseball Research Journal. ''Actually, Babe only hit a total of five home runs off me, so I guess that wasn't too bad considering that he hit 714 before he quit.''

Pitching 15 of his 16 major league seasons with the Indians, Hudlin had a record of 158-156. With Wes Ferrell, Mel Harder and later Bob Feller, he was a mainstay of the Cleveland pitching staff in the Depression years and won at least 15 games in five separate seasons. In 2001, he was selected as one of the top 100 players in Indians history when the franchise celebrated its 100th anniversary.


George Willis Hudlin, a native of Wagoner, Okla., was my mother's uncle. He made his major league debut with the Indians in 1926 and remained with them until 1940, when he went to the Washington Senators, then finished the season with the St. Louis Browns and the New York Giants. He was a flight instructor during World War II, then finished his career with the Browns' 1944 pennant winners. All except one of his victories came as an Indian. Hudlin was a pitching coach for the Detroit Tigers in the late 1950's and then a scout for the Yankees.

The game that Hudlin remembered most vividly came in his first full major league season, when his record was 18-12. Hudlin relieved against the Yankees in the first inning at Cleveland on May 21, 1927, with the Indians trailing by three runs. He allowed only one more run, pitching the rest of the way in the Indians' 5-4, 12-inning victory. But what happened on the field was only a small part of that unforgettable day.

THE ARTIST IN A PROFESSIONAL WORLD: Moderated by David J. Carol 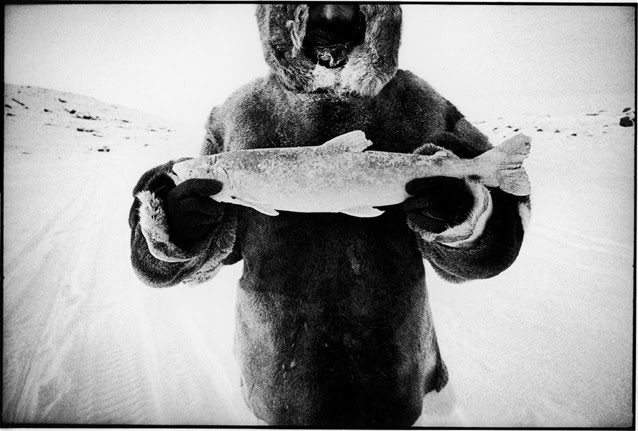 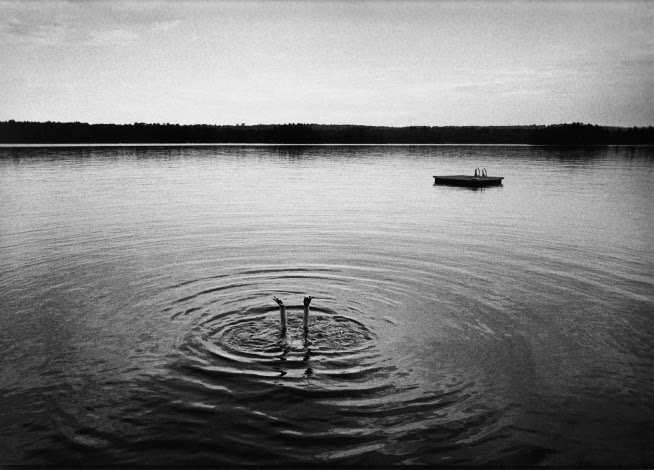 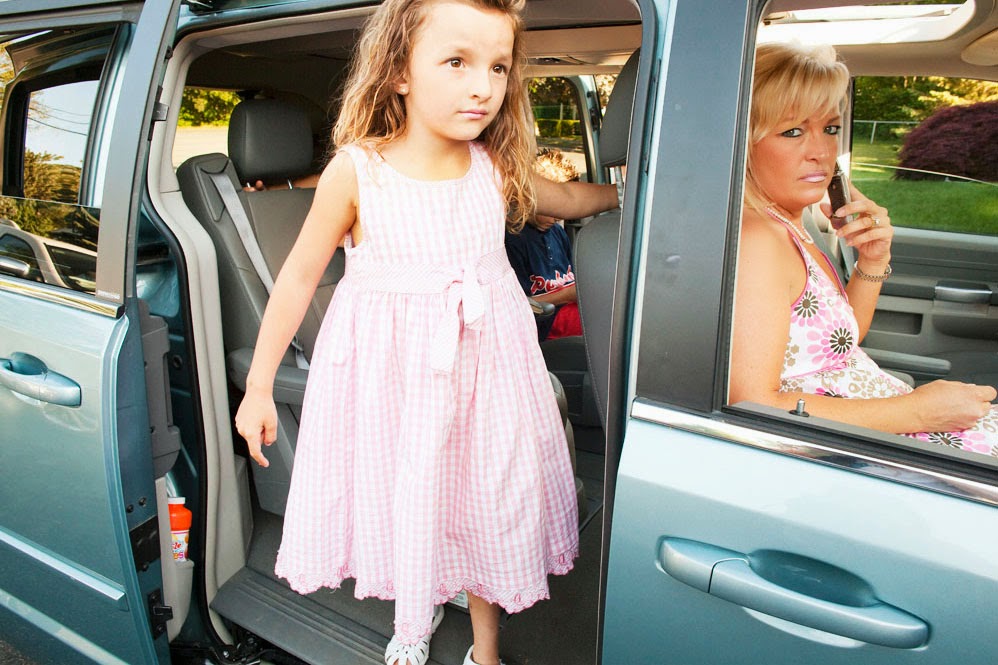 The Artist in a Professional World:
Three Photographers, Three Perspectives

How does one manage to make a living as a photographer and still stay true to their personal vision? The three photographers, all at different stages in their careers and all taking different paths, have one thing in common. They have never forgotten why they became photographers in the first place, to make pictures for themselves. The panel will include Paris Visone, Eliot Dudik and David J. Carol. Each photographer will present their work and talk about how they balance the commercial and personal aspects of their lives and careers. Following the presentations there will be a panel discussion moderated by David J. Carol that will include a Q&A with the audience. Books of the photographers work will be available for purchase.
PenumbraFoundation.org

CRUSADE FOR YOUR ART: The Must-Have Book for Fine Art Photographers 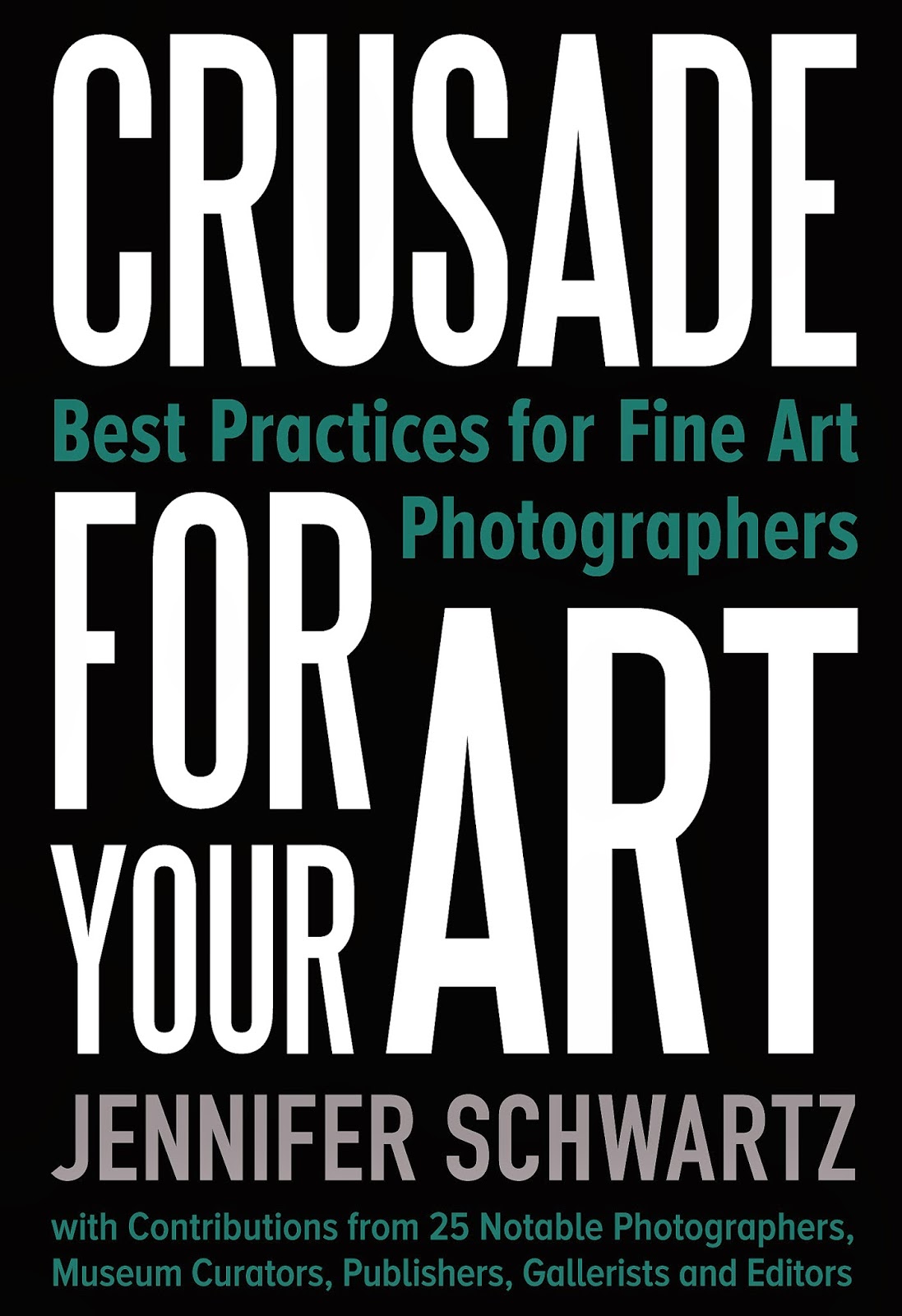 “Jennifer Schwartz is a guardian angel for photographers. Crusade for Your Art is a passionate call to arms for image-makers around the world to get your work out there and in front of people like me. This is how you do it. Don’t let anyone else tell you otherwise.” – Michael Foley, Michael Foley Gallery, New York

The fine art photography world can feel impenetrable, and without a roadmap, the process of getting your work in front of the right people is daunting. Making the work is just the first part of the equation. Artists need to think strategically about who their target audience is and how to attract them. They need to create a strong, consistent, professional brand through social media and their website. They need to develop a plan and timeline to thoughtfully launch new work that involves strategically reaching out to appropriate galleries, publishers, and online outlets. It sounds like a lot of work. It is.

Crusade For Your Art: Best Practices For Fine Art Photographers helps you navigate the fine art photography world and determine the best course for your work. With insight and instruction on every aspect of the fine art photography world, as well as contributions by over twenty-five top industry curators, gallerists, editors, and photographers, this guide gives you all the tools you need to make your mark on the art world.

“In “Crusade For Your Art: Best Practices For Fine Art Photographers, Jennifer Schwartz has written one of the most comprehensive guides to date for both the professional and emerging fine art photographer to navigate the current world of Photography. With contributions from leading photography museum, gallery and photo directors, the expert advice given is instrumental in creating what every photographer needs to know to navigate the current art market. I absolutely love this guide. It covers all bases! I whole-heartedly recommend this masterful guide to the photographic community.” – Elizabeth Avedon

“Jennifer Schwartz demystifies the steps towards a long and invested career as a photographer. An overdue and necessary resource for us all.” – Brian Ulrich, Photographer

“Crusade For Your Art: Best Practices For Fine Art Photographers is a must-read for anyone who works in the fine art photography realm. Photographers at all stages of their careers and practice will be well-served to read this guide cover-to-cover, and photography collectors and enthusiasts can also learn a lot within these pages that will help them better understand an artist’s business. Jennifer Schwartz answers hundreds of the most common questions and hundreds more that people are probably scared to ask. Who would think to write out a step-by-step guide on how an artist can best use Twitter? Jennifer Schwartz did. The contributing authors offer advice based upon years of experience and countless hours of observation.  Jennifer Schwartz takes the mystery out of the fine art photography world by outlining the business and taking the photographer through the entire process of creating and sharing photographs. As the author says, it’s a lot of work, but this book removes one of the biggest tasks of all — identifying what needs to be done.” – Bevin Bering Dubrowski, Executive Director, Houston Center for Photography; and Editor of Spot Magazine, Houston, TX 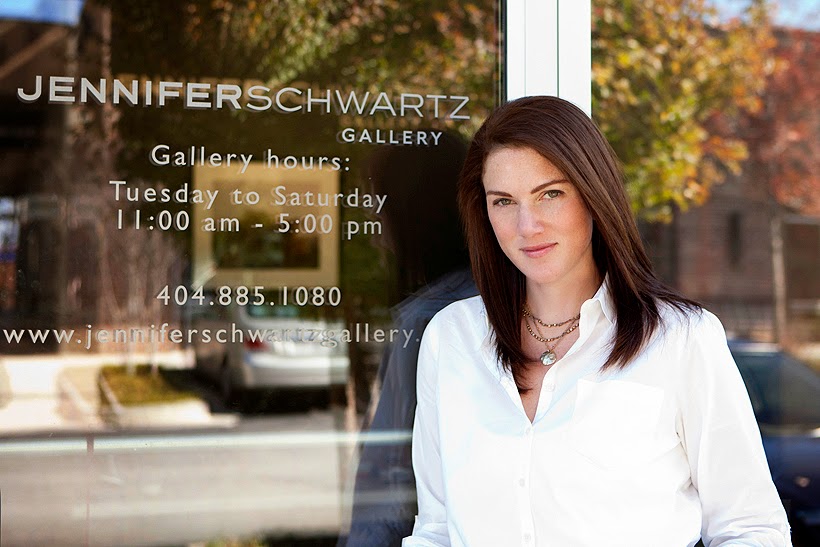 Jennifer Schwartz, Executive Director of Crusade for Art, is educating photographers to higher levels of professional development through her new book, Crusade For Your Art: Best Practices For Fine Art Photographers. 100% of the profits from this publication will go to Crusade for Art, a non-profit organization whose mission is to build artists’ capacity to create demand for their work.
Posted by elizabeth avedon No comments: 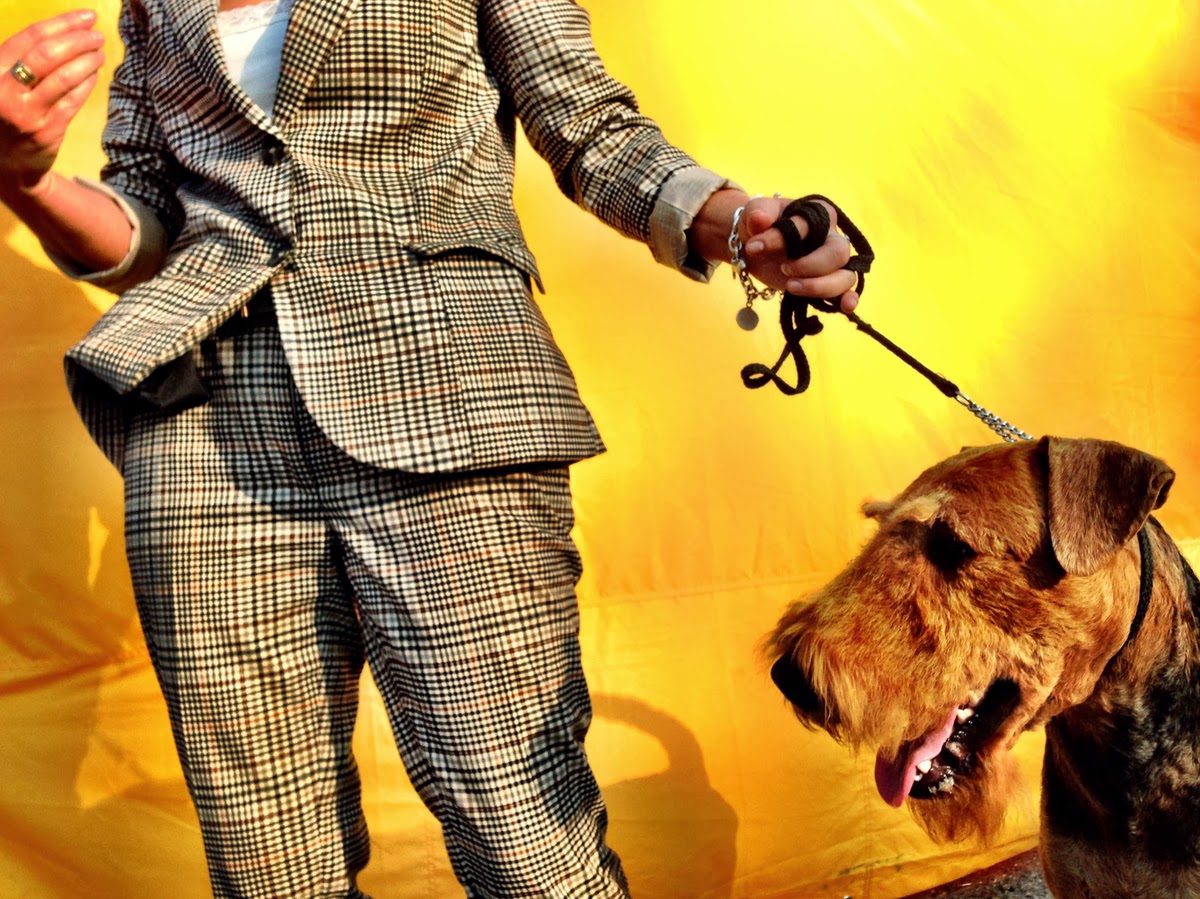 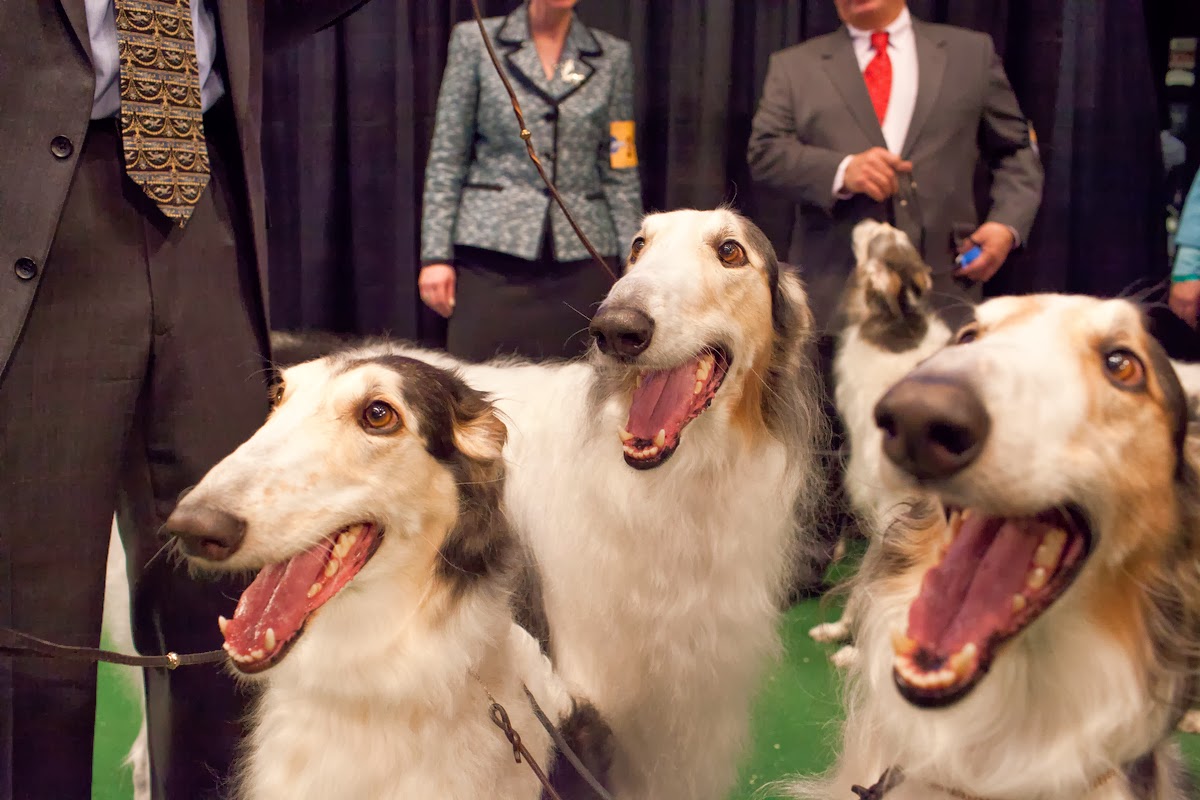 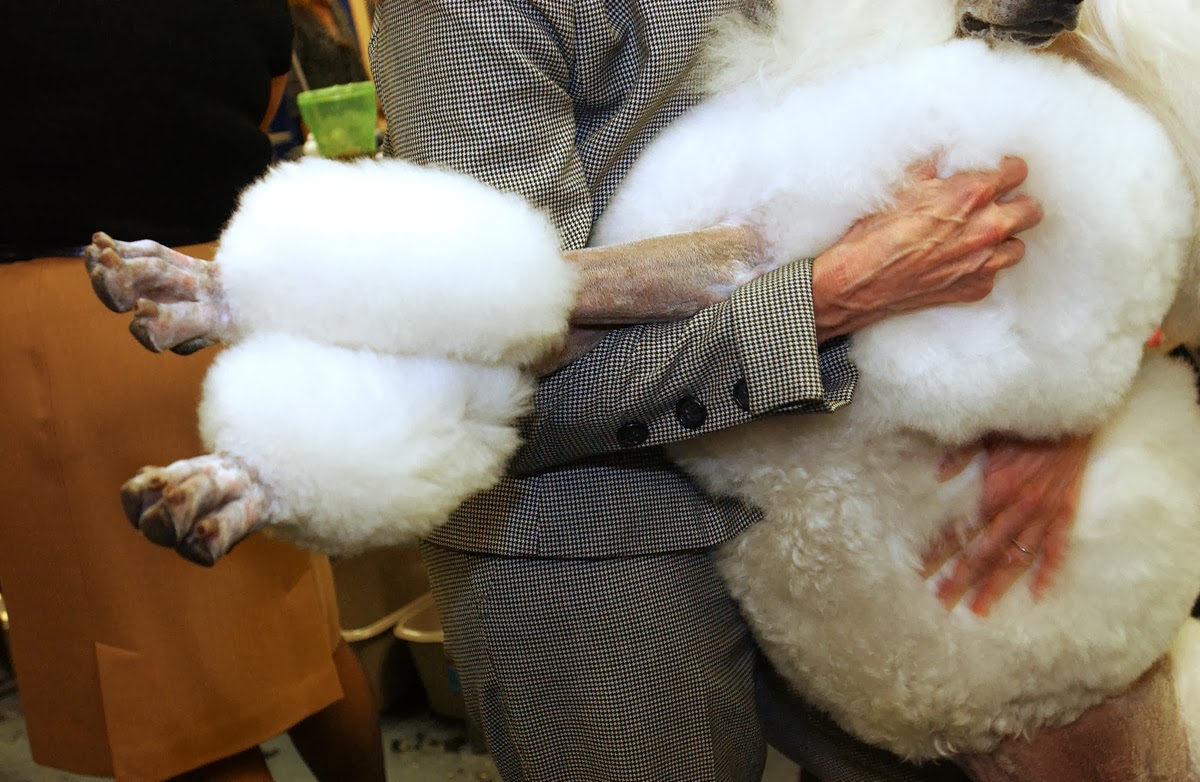 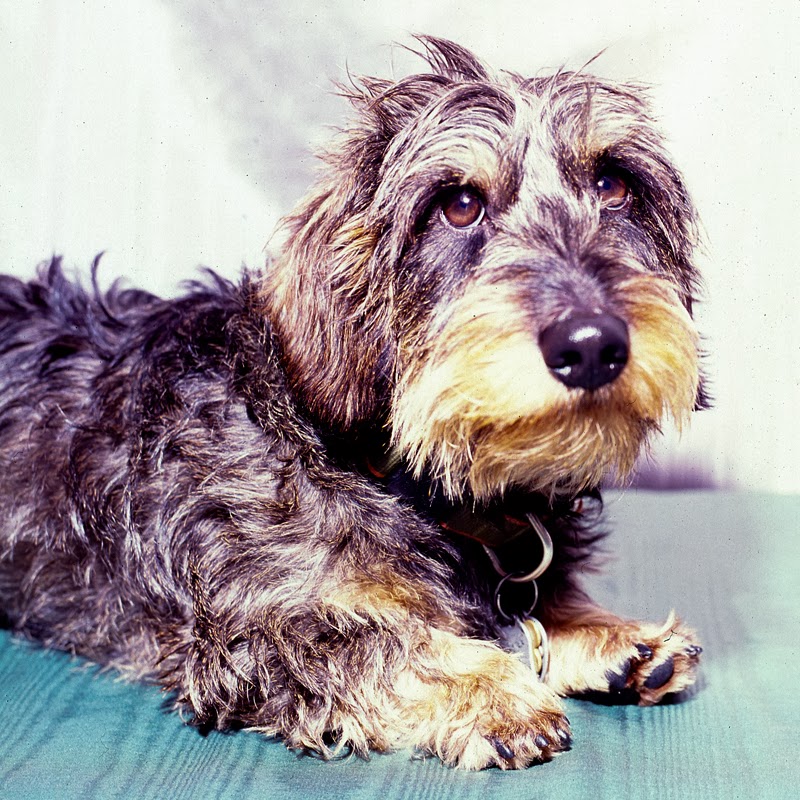 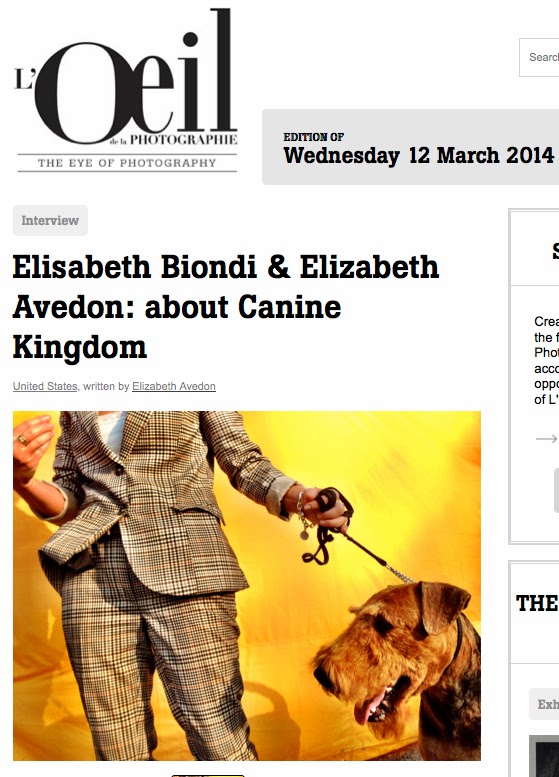