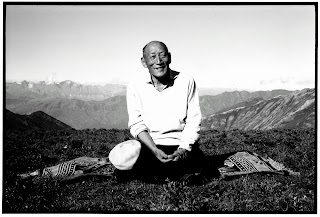 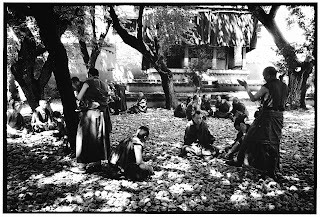 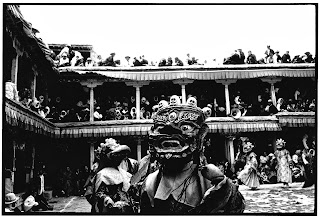 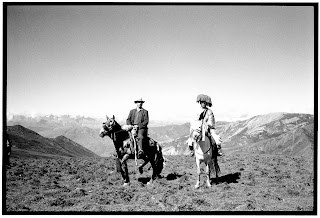 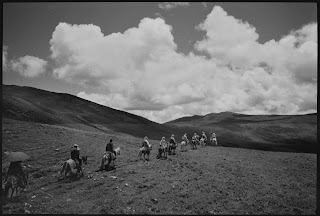 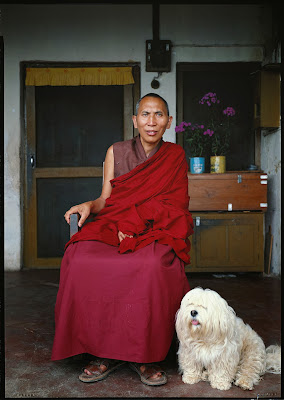 Return To The Roof of the World
Photographs by Nicholas Vreeland


This exhibition of over 35 black and white images, follows the journey of photographer and Buddhist monk, Nicholas Vreeland, as he accompanied his teacher, Khyongla Rato Rinpoche, in 2003 on his return to his birthplace in Dagyab, Eastern Tibet after 50 years. Rinpoche, author of “My Life and Lives,” with Joseph Campbell, fled Tibet in 1959.Vreeland, born in Geneva, Switzerland, a protégé of Henri Cartier – Bresson, son of American ambassador, Frederick Vreeland, and grandson of fashion icon, Diana Vreeland; studied film at NYU, initially working for Irving Penn, before later working for Richard Avedon. He photographed throughout India carrying a Deardorff 5×7, photographing some of Tibet’s most important Buddhist teachers in exile. A select few of these treasured color portraits will hang in the Leica Gallery’s ‘Oskar Barnack Room’....read more on La Lettre de la Photographie

Wow... One upon a time Kepler said that geometry is a creation of God... :)

Beautiful. The portrait of Khyongla Rato Rinpoche on his mountain is amazing!

Looking forward to the show!

Thank you Jean-Jacques Naudet for including us in your Weekend Agenda along with David Schonauer on Misha Erwitt, Roxanne Lowit, Shunsuke Ohno, Brassai and so many others...
http://bit.ly/eegYPs

I was not familiar with the pyramid in Tibet. Fascinating!