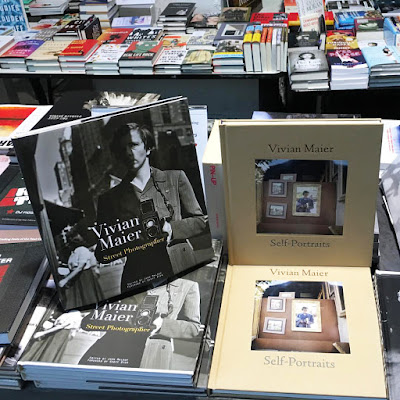 Photographs by Vivian Maier / Edited by John Maloof / Foreword by Geoff Dyer and Vivian Maier: Self-Portraits / Edited by John Maloof / Essay by Elizabeth Avedon.
Celebrated by The Wall Street Journal, Vanity Fair, The New York Times, American Photo, Town and Country, and countless other publications, the life’s work of street photographer Vivian Maier has captivated the world and spawned comparisons to photography’s masters including Diane Arbus, Helen Levitt, Lisette Model, Walker Evans, and Weegee among others. Vivian Maier: Street Photographer collects the best of her incredible, unseen body of work. Self-Portraits with over 60 never-before-seen black-and-white and color self-portraits culled from the extensive Maloof archive, presents previously unexplored artifacts from Maier’s personal collection, including handwritten notes, film lab envelopes, and scores of contact sheets bearing Maier’s comments and marks-bringing us closer to the reclusive artist than ever before. More here.... 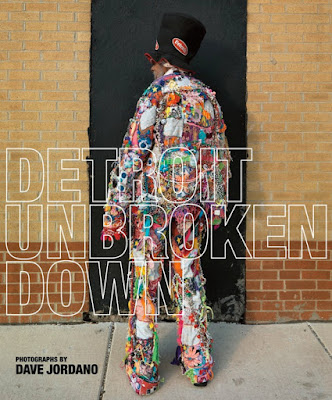 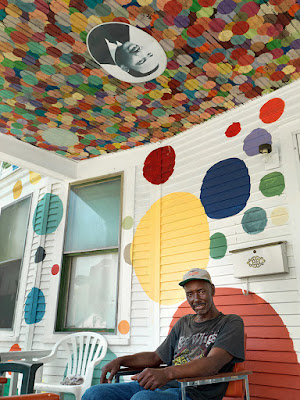 Dave Jordano returned to his hometown of Detroit to document the people who still live in what has become one of the country’s most economically challenging cities. Stricken with mass abandonment through years of white flight to the suburbs, unemployment hovering at almost three times the national average, city services cut to the bone, a real estate collapse of massive proportions that stripped the tax base bare, and ultimately filing the largest municipal bankruptcy in U.S. history, Jordano searches for the hope and perseverance of those who have had to endure the hardship of living in a post-industrial city that has fallen on the hardest of times. Read more here... 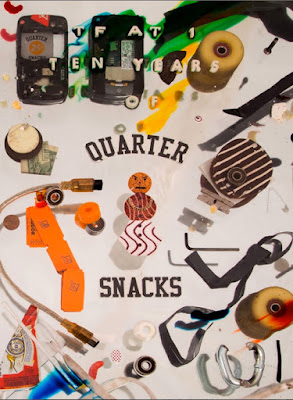 TF at 1: Ten Years of Quartersnacks 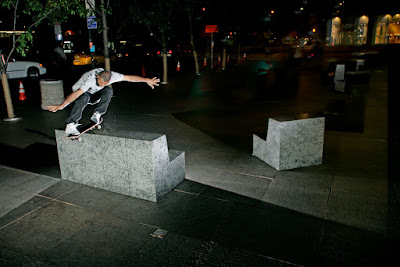 TF at 1: Ten Years of Quartersnacks

TF at 1: Ten Years of Quartersnacks /  Founded in 2005 by a Generation of New York Skateboarders

Quartersnacks, an online epicenter for the skate culture of downtown New York, never cared about “best-of-the-best skateboarding.” With acute self-awareness and biting humor, it chronicles the exploits of everyone bound together by a common interest in skateboarding in New York. In New York everyone skates with everyone else – “talent” is secondary.  TF at 1: Ten Years of Quartersnacks collects the best and worst from the site, along with new interviews, and documentation of the spots, the videos, the shops, and everything else that has changed and remained the same in New York skating in the past decade. Read more here... 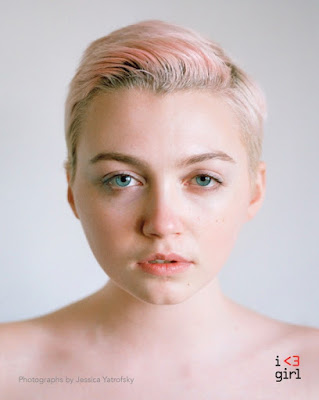 The subjects of I Heart Girl do not exhibit the expected stereotypes of women in mass media today. Instead, each face and each body is presented by Jessica Yatrofsky through study and repetition, examining femininity with irreverence and countering the widely accepted female image of past generations.

Purposefully capturing young subjects with varying degrees of “masculine” and “feminine” traits, Yatrofsky further ignores the clichés of conventional gender identifiers. In her series I Heart Girl, hyper-sexualized extremes of female archetypes do not exist, instead we are given a new picture of what contemporary female culture looks like. The photographs depict young women — nude, clothed, hard-featured, delicate, both alone and in pairs. Some subjects are adorned by tattoos, symbolic of their placement in history, others with hints of counter-culture peeking through extra pierced holes and candy-colored wisps of hair. It is a landscape whose breadth has extended and evolved further than ever before, but still one that is often at odds with itself.