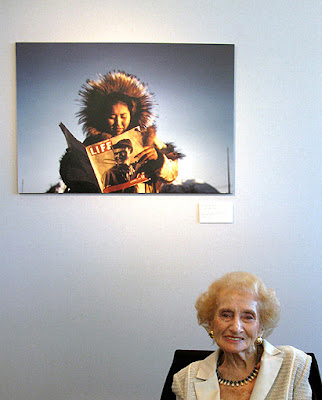 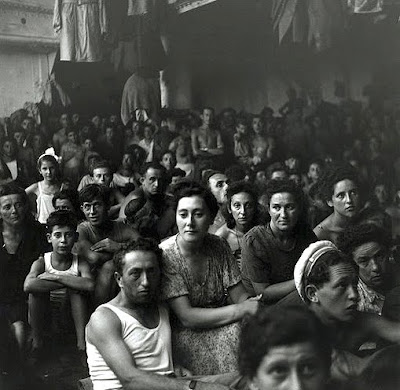 Refugees who had been on Exodus, 1947
Photograph © Ruth Gruber 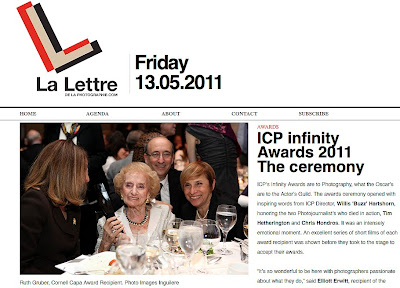 La Lettre de la Photographie / Photo Image Inguilere
My tools were words and images and I could use those tools to show injustice –Ruth Gruber, recipient of the Cornell Capa Award

Ruth Gruber photographed as a foreign correspondent for the New York Herald Tribune. In 1944, while the war and holocaust raged, Gruber was sent on a covert mission by President Roosevelt to escort 1,000 refugee’s across the Atlantic to the U.S. When she took the stage to receive her award, now 100 years old, she also took everyone’s heart." – La Lettre de la Photographie

I had seen this La Lettre article.
Her work is very impressive !