JAMEY STILLINGS: The Evolution of Ivanpah Solar in the Mojave Desert 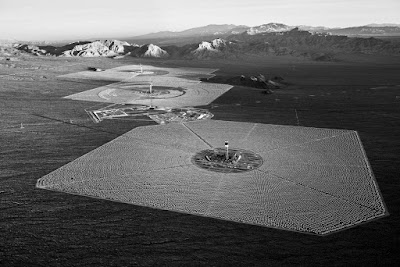 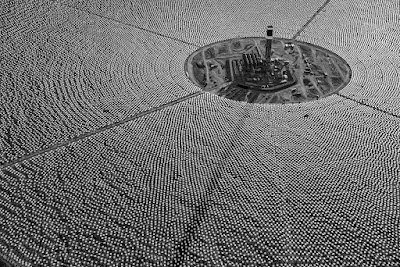 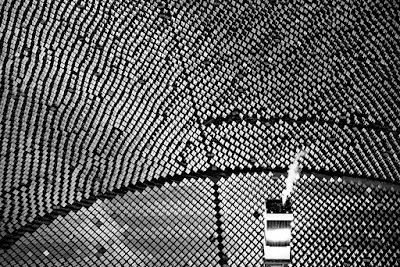 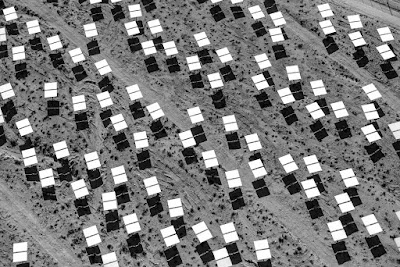 "When I first encountered Jamey Stillings’ photographs of Ivanpah Solar in the Mojave Desert, I was captivated not only by their stark beauty, but by the questions his work raises in our quest to balance the growing demands of a consumer-based culture with the need to preserve Earth’s natural spaces and resources. As the impacts of global climate change become clear, we must grasp that the sum of our human activities is having a huge and negative impact on this planet. Since the dawn of the Industrial Revolution, we have drilled, mined, and transformed much of Earth's wilderness, while burning enough coal, oil, and gas to radically raise the temperature of the atmosphere and oceans—a process that threatens to disrupt life, as we know it, by the end of the century. We face the urgent need to shift away from fossil fuels to energy sources that can profoundly reduce our greenhouse gas emissions.” –Robert Redford, Foreword 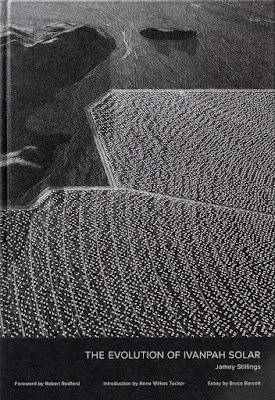 The Evolution of Ivanpah Solar (Steidl)

In this new monograph, Jamey Stillings synthesizes environmental interests with his longstanding fascination with the intersections of nature and human activity. In October 2010, Stillings began a three-and-a-half-year aerial exploration over what has become the world's largest concentrated solar power plant, the Ivanpah Solar Electric Generating System in the Mojave Desert of California. From the simple and stark terrain of the preconstruction landscape to the angular forms of the completed solar plant producing 392 megawatts of electricity on 14 square kilometers of public land, Stillings explores dynamic interactions between raw organic forms of nature and those defined by the project's precise geometric lines. Shot from a helicopter during first and last light, Stillings' black-and-white images intrigue with tight abstractions, oblique views of geologic and geometric forms, and broad open views of the dramatic desert basin. (Text courtesy the Publisher)