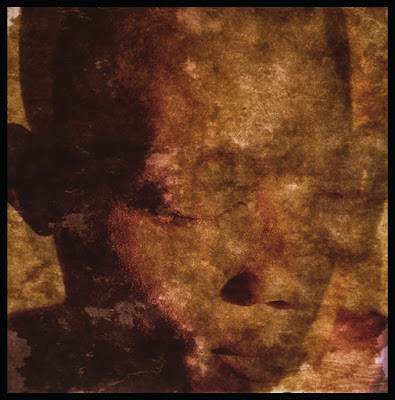 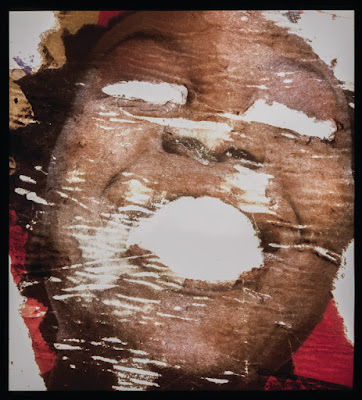 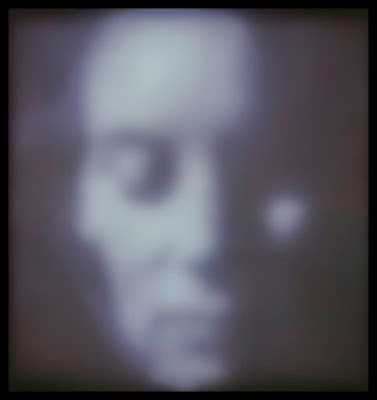 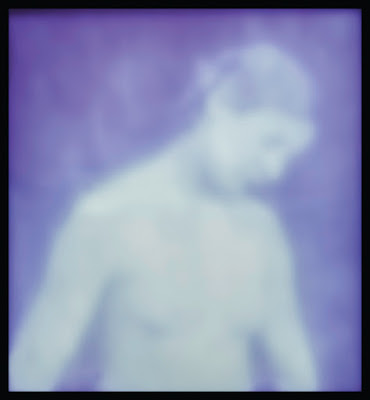 Frederic Weber brings to his photographic practice, a visual sensibility that challenges the viewer to determine quite what they’re looking at. On show at the Klompching Gallery are selections from two bodies of work, Memento Mori and Primary Light, both of which draw attention to Weber’s penchant for making photographs that don’t always look like photographs.

Memento Mori is constructed from a combination of images, that the artist has excavated from comic books, magazines, newspapers, television, paintings and other printed matter. He presents images of tightly cropped heads of black and African subjects, presenting them almost as relics of a time past. The photographs are challenging, almost visually overwhelming, and difficult to fix within a specific framework. At once iconic, they echo historical post-mortem imagery, with a time-stamp that is not fixed or even knowable. Made of several layers of different images, the photographs are rich in color and painterly.

The Primary Light series share this painterly quality. Here though, it is the reference to photography’s Pictorialism past, that is most evident. Weber presents torsos and heads that are rendered in soft-focus, with each emerging from a depth of blue so saturated, the color transforms into an abyss, out of which the human forms glow like fire-flies. The ghostly figures seem nostalgic, classical even and partly unknowable. (text via Klompching Gallery)