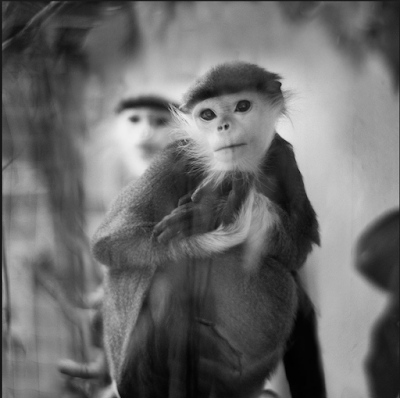 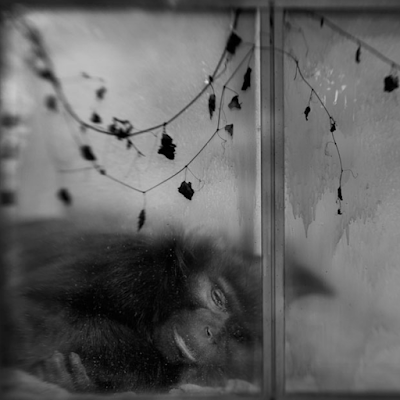 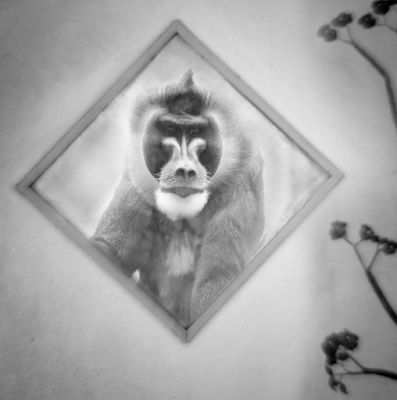 
Like Anne Berry, Charles Darwin believed in the emotional lives of animals. In 1872, he published a groundbreaking study, one of the first of its kind, on animal expressions. Darwin took seriously the notion that dogs, cats, and apes felt joy and experienced fear, if not exactly as humans do, then at least in ways that suggest our kinship. One of Darwin’s more remarkable innovations in this book was his use of photography. He knew how exaggerated illustrations could be. But a photograph would be difficult to ignore. Concerning human empathy especially, the photograph had tremendous cachet. It was a genius move that set the standard for illustrated books of all kinds. Berry’s photographs follow in Darwin’s spirit. Her apes are shy, ardent, sad, serious, inquisitive, and thoughtful. Darwin’s text and Berry’s photography are an essential pairing. They inspire a humanity more worthy of the animals.

Berry spent several years traveling across Europe and America, stopping at small zoos to photograph the primates you see here. The smaller zoos allowed Berry more one-on-one time with her subjects—not an easy thing to do in large zoos where hundreds of sticky toddlers cram against the glass and teachers wrangle their third grade classes from elephants to zebras. Sometimes Berry would wait for days to get the right shot, which meant connecting beyond the glass-as-cage as well as the glass-as-lens. The results were worth the wait. Few photographers have captured (but no, let’s not use that word)—few photographers have communicated the depth and complexity of primate emotions as Berry has. – Collier Brown

21st Editions
The Art of the Book
Posted by elizabeth avedon