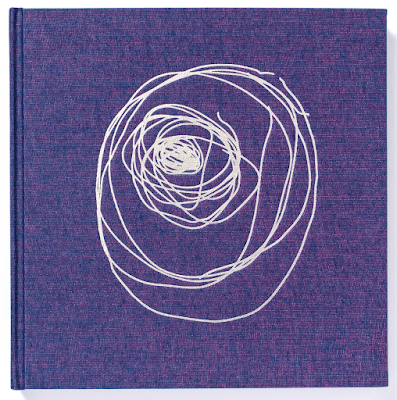 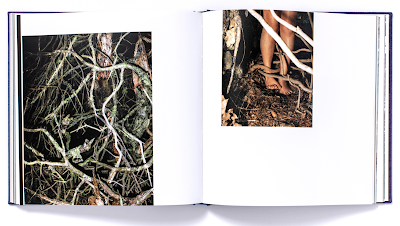 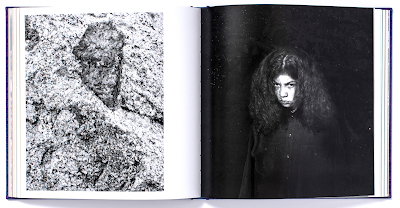 In the early 1900s, artist Paul Thulin's great-grandfather settled on an island off the coast of Maine because it resembled his homeland of Sweden. Over a century later, his family returns to the same area, Gray's Point, each summer.

Throughout his life, Thulin's great-grandfather shared exquisitely detailed accounts of early settlers at the New England apple orchard; Such characters include a one-legged ship cook, a widowed schoolteacher, and an ingenious Native American blacksmith. The tales were an intricate mix of facts and lore that fueled the imagination and, on occasion, had the power to transform daily floorboard creaks and shadows into enduring ancestral spirits.

Pine Tree Ballads is a poetic memoir, featuring the artist’s daughter, wife, mother, and grandmother as a single protean character (or multiple characters?) vibrating in time, navigating the mysteries and menace of a shared ancestral forest. This deeply personal photographic sequence is part visual narrative of family myths and part origin story. Pine Tree Ballads is fueled by both truth and imagination, which, in many instances are the fundamental ingredients of our personal history. The "docu-literary" structure of this monograph celebrates and fully exploits the duplicitous nature of photography/text to be simultaneously interpreted as both fact and fiction. At the surface, this project explores the emotive, contextual, and material constructs of history, culture, personal identity, memory, and folklore.

With an afterword, by poet Dora Malech
More Books from Candela