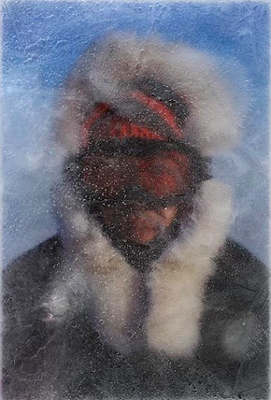 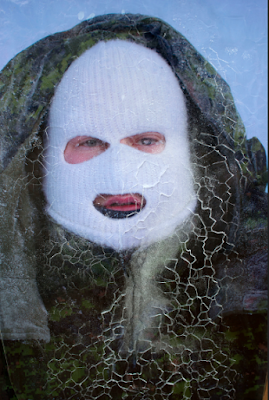 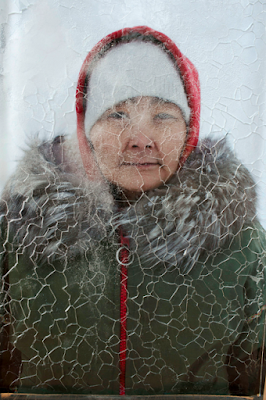 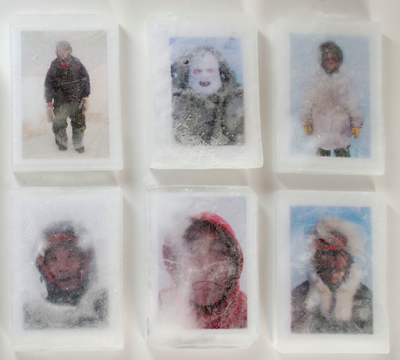 This year's winner of the 2019 Arnold Newman Prize for New Directions in Photographic Portraiture is Louie Palu for work that demonstrates a compelling new vision in photographic portraiture. His project, Arctic Passage, is a series of photographs from the Arctic and an installation composed of large format portraits frozen in ice blocks. Since 2015 Palu has been working on a long-term photography project related to climate change, which documents the changing lives around Inuit communities in the high Arctic. The project also explores the evolving situation related to the geopolitics of the Polar region and the growing militarization of the Arctic as countries look to capitalize on the melting ice revealing natural resources.

"Two years ago I began experimenting with freezing these photographs in ice blocks, then putting them outdoors to melt. The concept came out of a book on the Franklin voyage, which was a British Naval expedition in the 1800’s. Franklin’s two Arctic exploration ships were crushed by the ice and the crews perished succumbing to the Arctic’s severe weather. Their camera was never found and I imagined the photographs frozen and lost somewhere in the ice."

"The Arctic is about imagination, because most of us can’t go there we can only imagine it. In some ways we must use imagination combined with science to understand how climate change will affect us. The Arctic is the region in the world where the planet is warming the most rapidly. I felt the need to push the boundaries of traditional portraiture to not only looking and at encountering another person through photography, but experiencing what they are seeing, which is ice disappearing as a part of their identity. I wanted to take the work beyond the image, pixels and paper prints."

"In 2019, I submitted a proposal to the SXSW Festival’s Art Installation Program with this concept and it was selected. I installed the work outside in front of the Harry Ransom Center at the University of Texas in Austin and made several discoveries. First, the ice block portraits took several unique forms and changed while they melted including forming frost, spider web cracks and water running down (from melting) the faces of some of the portraits. They all eventually fell over due to melting, and the only way I can put this in words is destroyed themselves by shattering on the ground. Attendance to the installation was high and what I found interesting was everyone took photos of the slowly transforming, what some called “ice portraits” and shared it on their social media tagging it related to climate change. The result was viewers documented the changing portraits as the ice melted which made their photographs inclusive to the installation and conversation around people affected by climate change."

"Ice defines the Arctic and is as much a part of the identity of the people from there as it is a part of the environment they live in. Fusing ice and images of the people there and how their very identity is slowly vanishing is what I want people to experience. The portfolio submitted is a combination of my photographs and examples of some frozen in ice. Work in this project has been supported by the Harry Ransom Center, Joan Morgenstern, John Simon Guggenheim Memorial Foundation, National Geographic & Pulitzer Center." – Louie Palu

The $20,000. award was funded by the Arnold and Augusta Newman Foundation and administered by Maine Media Workshops + College. Thank you to all who submitted their incredible work! 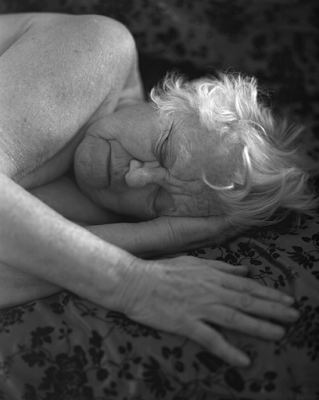 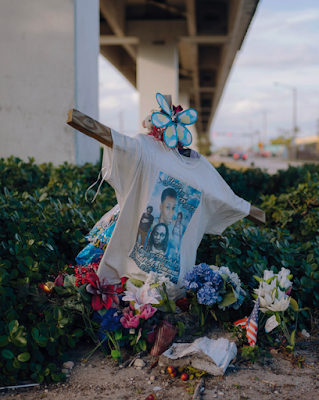 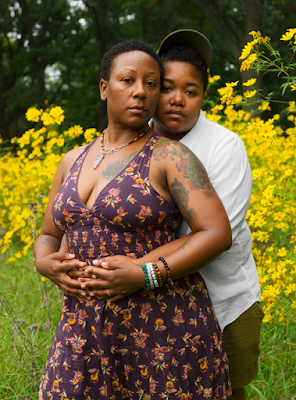