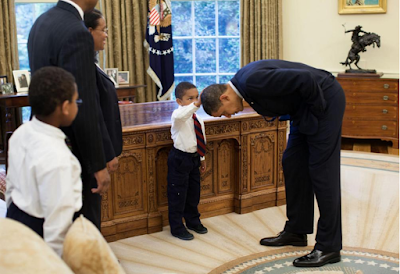 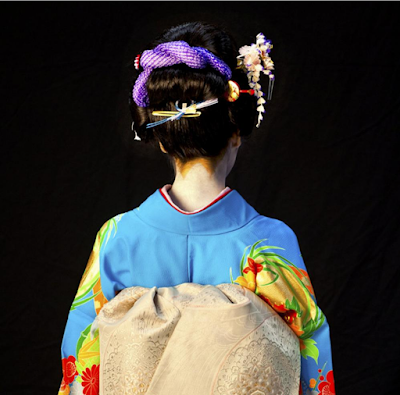 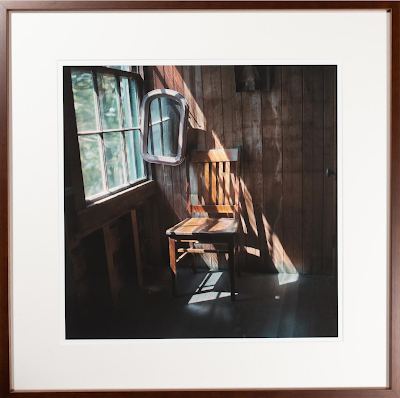 Griffin Museum of Photography Photo Auction
November 15, 2020
3:00 PM EST
Participation in the auction is free, however all would need to register in advance on the auction site in order to bid. The auction items are on View Now on the InValuable website in advance of the live auction. The live auction takes place on November 15, 2020 at 3 PM. Prints will be affordable and the proceeds will help support the Griffin and enhance their programming.
Over 70 prints spanning a wide spectrum of photographic genres will be available. Original photographs will be available from established photographic luminaries such as John Paul Caponigro, Barbara Crane, Elsa Dorfman, Jim Dow, Harold Feinstein, John Goodman, Cig Harvey, David Hilliard, Lou Jones, David Levinthal, Rania Matar, Arno Rafael Minkkinen, Olivia Parker, Vaughn Sills, Joyce Tenneson, George Tice, Bradford Washburn, William Wegman, Ernest Withers and so many more. Also available is a coveted and highly collectable complete set of “baseball” trading cards by Mike Mandel. A number of these cards are in major museum collections. We are also pleased to introduce you to works from the next generation of creative artists, Keiko Hiromi, Jennifer McClure, Aline Smithson and Sal Taylor Kydd among others.
For more information please contact The Griffin Museum of Photography at 781.729.1158 or by email contact Crista Dix, Associate Director at crista at griffinmuseum dot org.
VIEW PHOTOGRAPHS HERE
Posted by elizabeth avedon No comments: 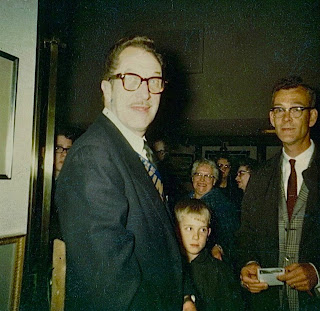 Vincent Price © Ray Grasse (Taken when he was 13)
"I had heard Price would be presiding over the opening of a new art show at the Prudential building in Chicago at the time, and my father drove me down there to attend. On arriving, I saw Price standing amongst the paintings, seemingly eight-feet tall. I walked up and nervously said, "Mr. Price?" After blinding him with flashbulbs at close range, I reached into my pocket and pulled out a small photo I received from his fan club months earlier (shown here), and asked if he'd autograph it. The contrast between his appearance in the old picture and how he looked in front of me was frankly dramatic. I struggled to make some conversation; having no idea at all how rude it really was, I asked him, “Umm, when was this photo taken?” Rather than be offended, his response was extremely gracious. Leaning over, he smiled and said, with that trademark swooping voice of his, "Oh, well, you know, when photos are so small like that, they make you look so much younger." It took me years to appreciate how witty that response was." – Ray Grasse 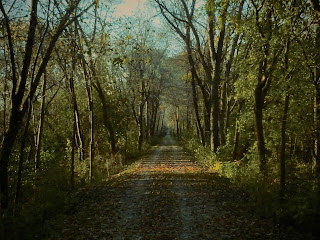 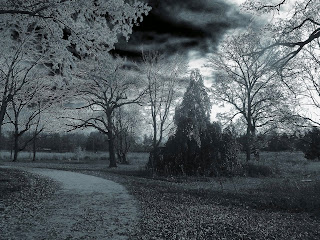 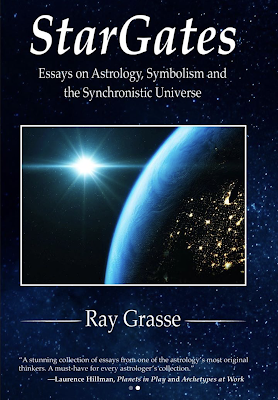 Purchase STARGATES
I'm deep into my friend, photographer and professional astrologer, Ray Grasse' new book of essays, "STARGATES : Essays on Astrology, Symbolism, and the Synchronistic Universe." An excerpt from the Chapter 'Musings on Music, Magic and Astrology', "Both of those arts – music and magic – employ intricately arranged elements that act on the unconscious in ways the rational mind can't truly fathom. . . . It has nothing at all to do with logic, and instead operates deep down in subterranean caverns of the psyche, far below the brightly lit plateaus of consciousness and rationality...."
+   +   +
"He tackled questions astrologers often skim around or barely even dare to doubt. In the Chapter on "The Challenge of Scorpio: Anger, Power and Transformation" I found a way to heal an old wound of anger and resentment I was blindly carrying...deep insight can be truly de-toxifying! Treat yourself to something special--this book is worth the read. – Astrologer Elizabeth Spring
+   +   +
STARGATES is a wide-ranging collection of essays on the art and science of astrology, exploring both the practical and philosophical aspects of the ancient discipline. Among the subjects discussed are the Great Ages, the astrology of anomalies, the United States’ “Pluto return,” relationships and the 7th house, synchronicity and astrology, fate versus free will, traditional versus modern astrology, the search for Planet X, the highest planet in the horoscope, the theory of correspondences, and many more.
+   +   +
Ray Grasse is an internationally-recognized astrologer, and author of books including The Waking Dream, Signs of the Times, Under a Sacred Sky, An Infinity f Gods, and Urban Mystic. He worked on the editorial staffs of Quest Magazine and Quest Books for ten years, and has been associate editor of The Mountain Astrologer for 20 years . . . and he is also an accomplished photographer. 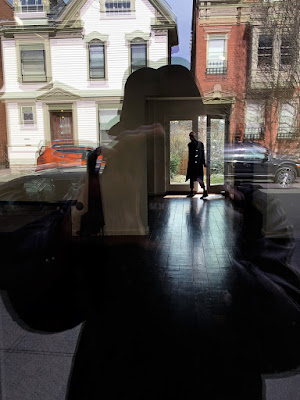 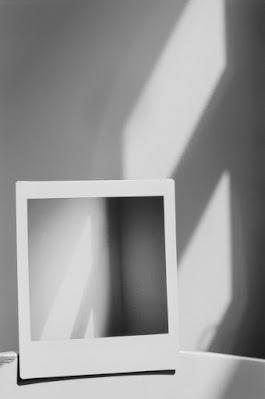 Director's Award⁠
"Another View/15:05, 2020" © Matt Schaefer⁠
Matt Schaefer’s “Another View / 15:05, 2020” won The Director’s Award with his minimal interpretation, made simply by the positioning of the reflective surface. 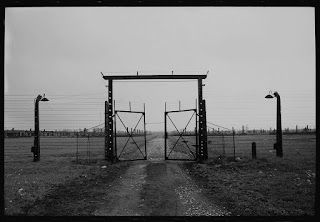 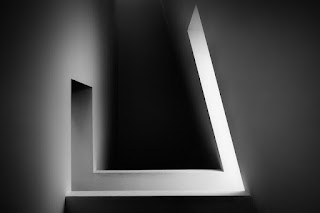 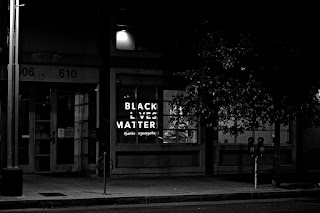 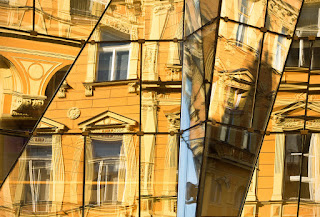 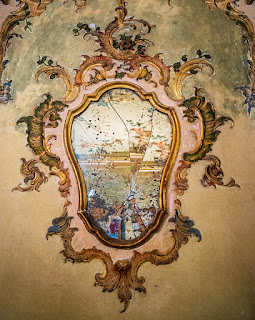 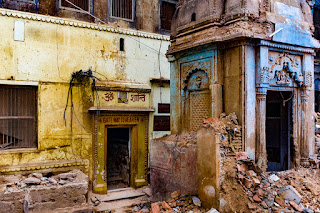 I was impressed by the range of ideas expressed in the large number of images I reviewed for “Portals: Windows, Mirrors, and Doors.” Judging an exhibition is always an honor, as well as a difficult task. I was inspired by the eclectic group of photographs I chose for the Gallery exhibition and Online galleries. Each image was unusual, distinctive, and made with skill, and each beckoned me to explore it fully.

It’s hard to describe why I chose one image over another. After addressing technical mastery of the medium, I looked for further evidence of creative vision, mystery, and imagination. The Juror’s Award goes to Leslie Jean-Bart’s photograph, “View.”  Reflected and refracted, with diverse scenes and angles, his window view creates a fluid multidimensional world. Matt Schaefer’s “Another View / 15:05, 2020” won the Director’s Award with his minimal interpretation, made simply by the positioning of the reflective surface.

Thank you to all who entered. All of your work was seen and noted, and I thank you for sharing it with me. Also, many thanks to PhotoPlace Gallery for their continued effort to bring exposure to so many photographers’ work.