NICK BRANDT: "On This Earth - A Shadow Falls" Published by Big Life Editions 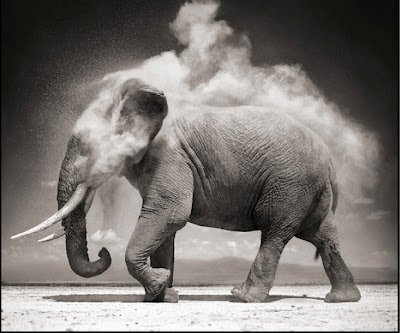 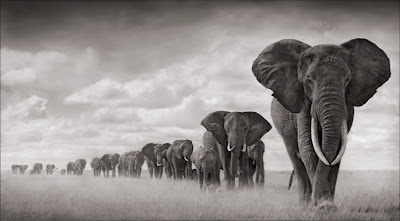 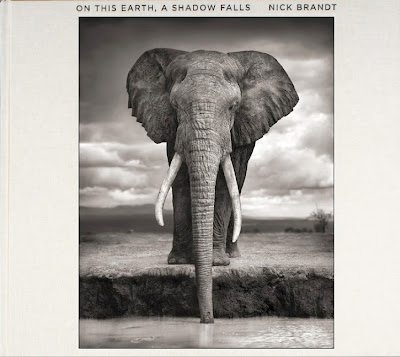 On This Earth - A Shadow Falls
Photographs by Nick Brandt
Big Life Editions, 2010 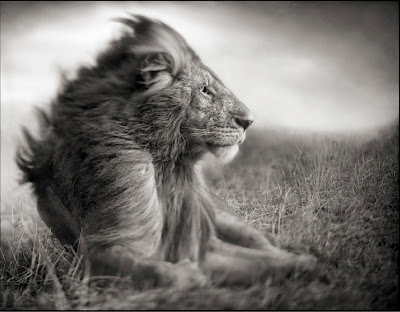 Lion Before Storm II- Sitting Profile, Maasai Mara, 2006
Copyright (c) Nick Brandt /All Rights Reserved
Photographer Nick Brandt founded the Big Life Foundation in September 2010, a non-profit organization dedicated to the conservation of Africa’s wildlife and ecosystems. On This Earth, A Shadow Falls, with introductions by Jane Goodall, Alice Sebold, Vicki Goldberg, Peter Singer and Nick Brandt, was recently published by Big Life Editions, 2010.
"On This Earth, A Shadow Falls combines the best photographs from Nick Brandt's previous books. It features 36 images from On This Earth and 54 from A Shadow Falls and is the only publication where images from both books will appear in one volume, on a larger scale than the previous editions.

300-line quadtone reproductions by Meridian Printing in Rhode Island, and printed under Brandt's supervision, the tonal quality of On This Earth, A Shadow Falls is exceptional. This high quality technique and attention to detail has allowed the book to succeed where the previous volumes have not. For the first time in book form, the offset reproductions closely match the rich, velvety tonality and detail of the original prints." – photo-eye Books

"Over the past seven years, Brandt has photographed most of the elephants that live in Amboseli National Park in Kenya. As a result, he has been fortunate to know these elephants and their habits intimately. Sadly, he reports the following:

A herd of 50 elephants are crossing the lake bed from outside the park near the Tanzanian border, making their daily journey into the swamp. Normally, these are the most relaxed of herds, quietly moving right past our vehicle without a care in the world. The terrible drought is over, food is plentiful, and the elephants are healthy.

But this morning, as soon as we get within half a mile of them, they start running in panic. So panicked that a baby gets knocked over in the rush. They're still running from us a full mile away to make it to the safety of the swamp. We've never seen anything like it in the seven years I've been photographing in Amboseli. Later, we discover that the night before, gunshots were heard from the direction the elephants came, near the Tanzanian border. Over the next two weeks, the herd never really relaxes. On subsequent days that week, the appearance of a second car - something that would normally never bother them - sends them into newly-induced panic, suggesting not one but two vehicles were hunting them.

Meanwhile, two weeks earlier, the carcass of a beautiful bull called Buster (as named by Cynthia Moss' Elephant Research Project) has been found outside the park with his tusks sawn off and taken. When I was last in Amboseli two months before that, Buster had been one of three bulls I saw with infected spear wounds in their trunks. Just in the last week of August, yet another three big bull elephants have been killed. One died from what seems to be a poisoned spike trap that poachers are increasingly using. And Winston, photographed below in July, was shot by poachers at the end of August just over the border in Tanzania. Wounded, he made it back over to Kenya, but then died and also had his tusks sawn off with a power saw by the poachers. At the present rate of deaths, there will soon be no mature bulls left in Amboseli"...read more from Nick Brandt's Big Life Foundation

Really cuts my heart reading this .
Nick Brandt has a real noble cause ... and he does this with these images that ... the Bruce Barone's comment express perfectly . WOW!!
The "Epic" beauty of these individuous that Nick Brandt have photographed so faithuly is very touching. A work of real love and respect.

These stupendous shots hardly seem real they're so iconic.

These are really beautiful pictures.