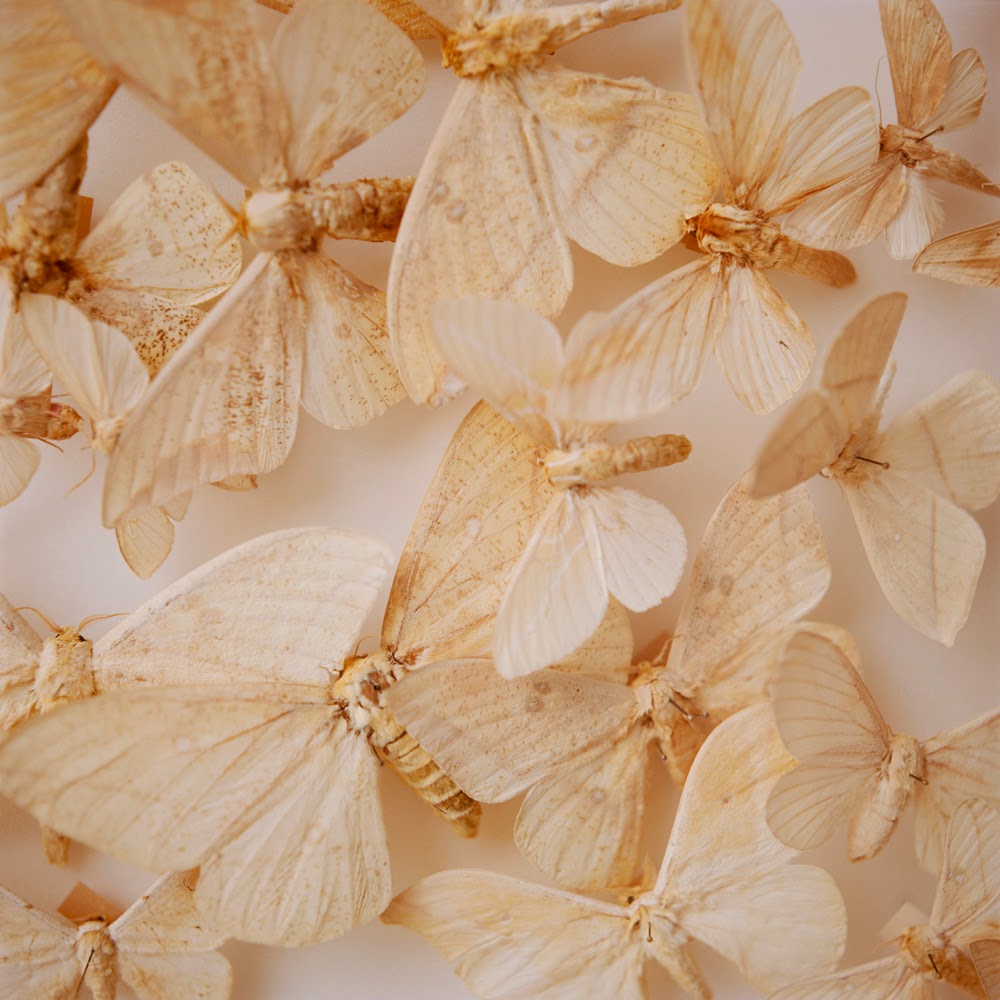 "I wanted to approach what is truly strange, beautiful and disorienting about the desert. Aside from vast landscapes and intimate nudes, for the first time I also photographed a few desert animals as metaphors. I was intrigued by their mysticism, like desert shamans, they have an instinct of their own. They know well their place and function in that vast space. Like the California pale moths that fly into the light. Or a black widow tattooed on a woman’s hand. I photographed a majestic black condor, then I photographed a Nephila’s golden spider web. Animals seem to understand nature's balance and survive better than humans in the desert." – Mona Kuhn 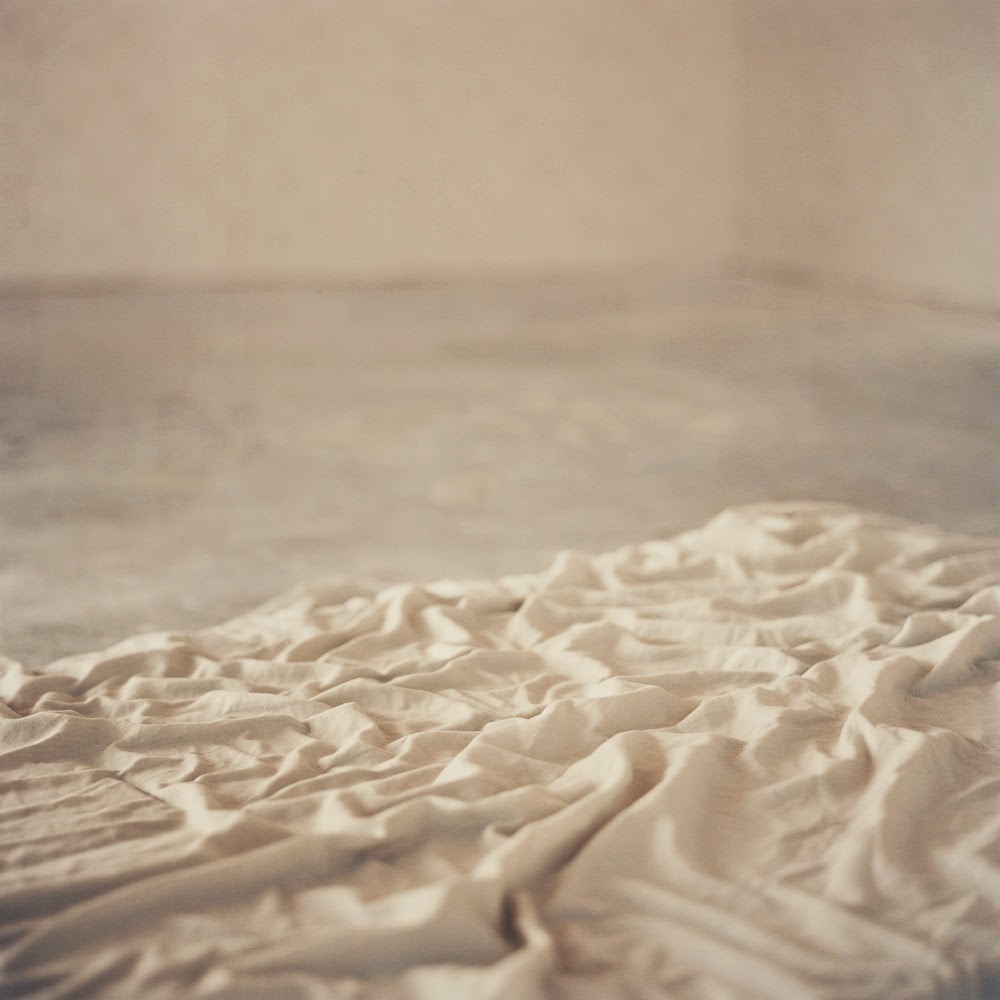 "I usually start a new series with colors. I knew I wanted a little bit of that golden sand skin tonality. I wanted black as it has a certain sense of mortality. You are constantly testing your endurance in the desert, the limits of how long you can stay out there or how debilitating it is to be at 100 and some degrees. Your system really slows down and you can’t think straight. So the whole series is about our vulnerability in that environment as a metaphor to life."


Two galleries will be previewing Mona Kuhn's upcoming series titled “Private” at AIPAD; Jackson Fine Art and M+B. Steidl is printing the accompanying book in May, to come out in early Fall as part of Paris Photo. 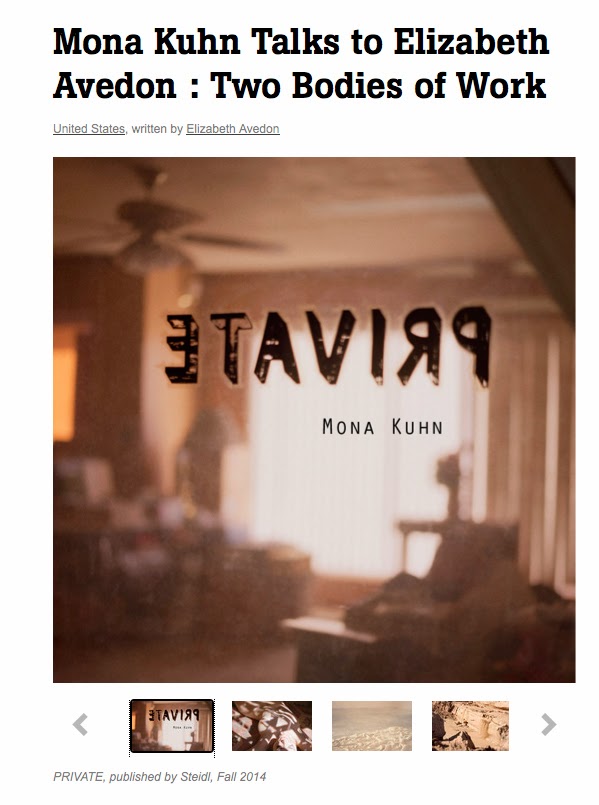 Lee Friedlander once said:
“The desert is a wonderful, awful, seductive, alluring stage
on which to be acting out the photography game.”

gorgeous photographs. there's something magical and mysterious about the desert