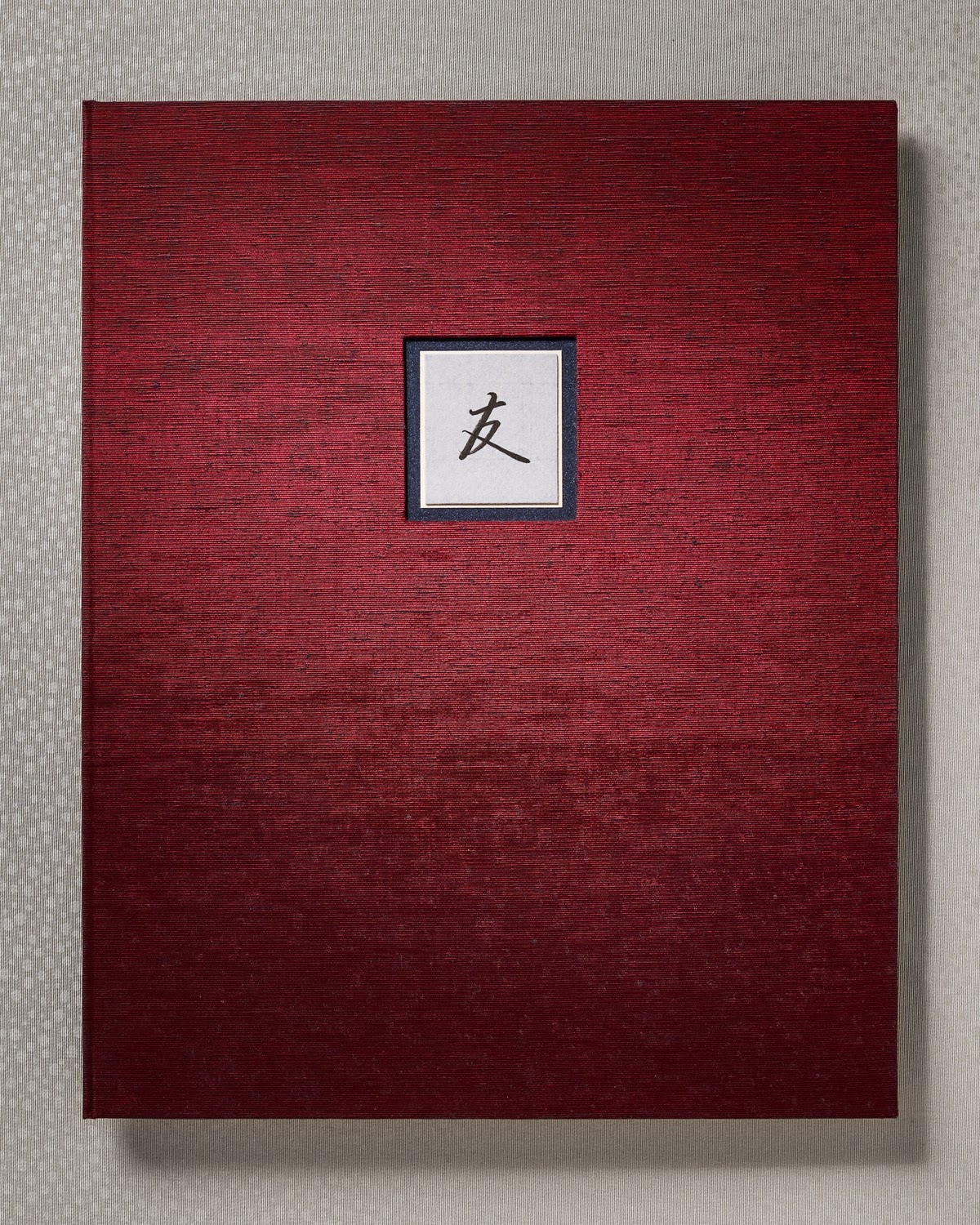 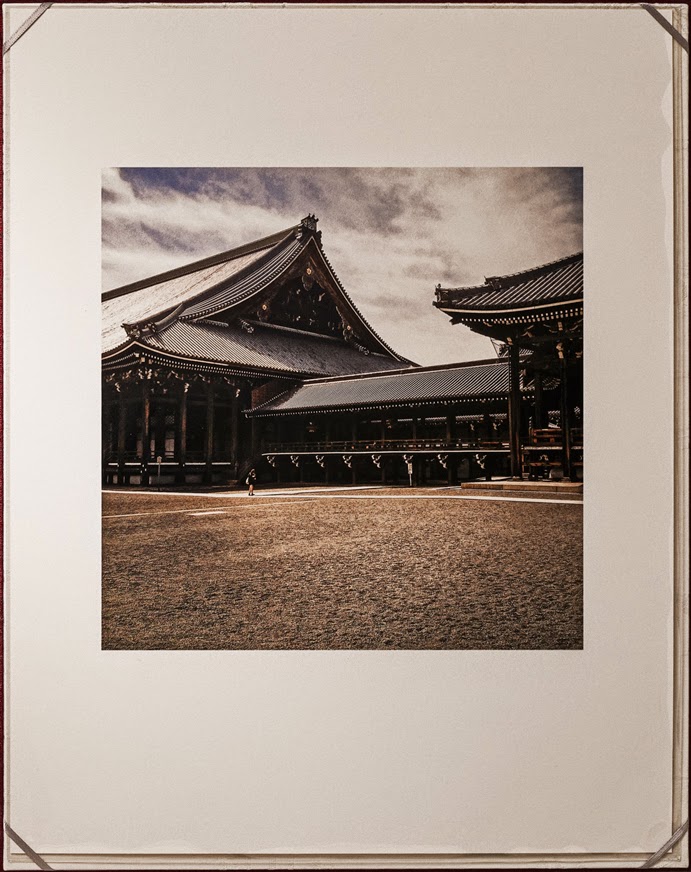 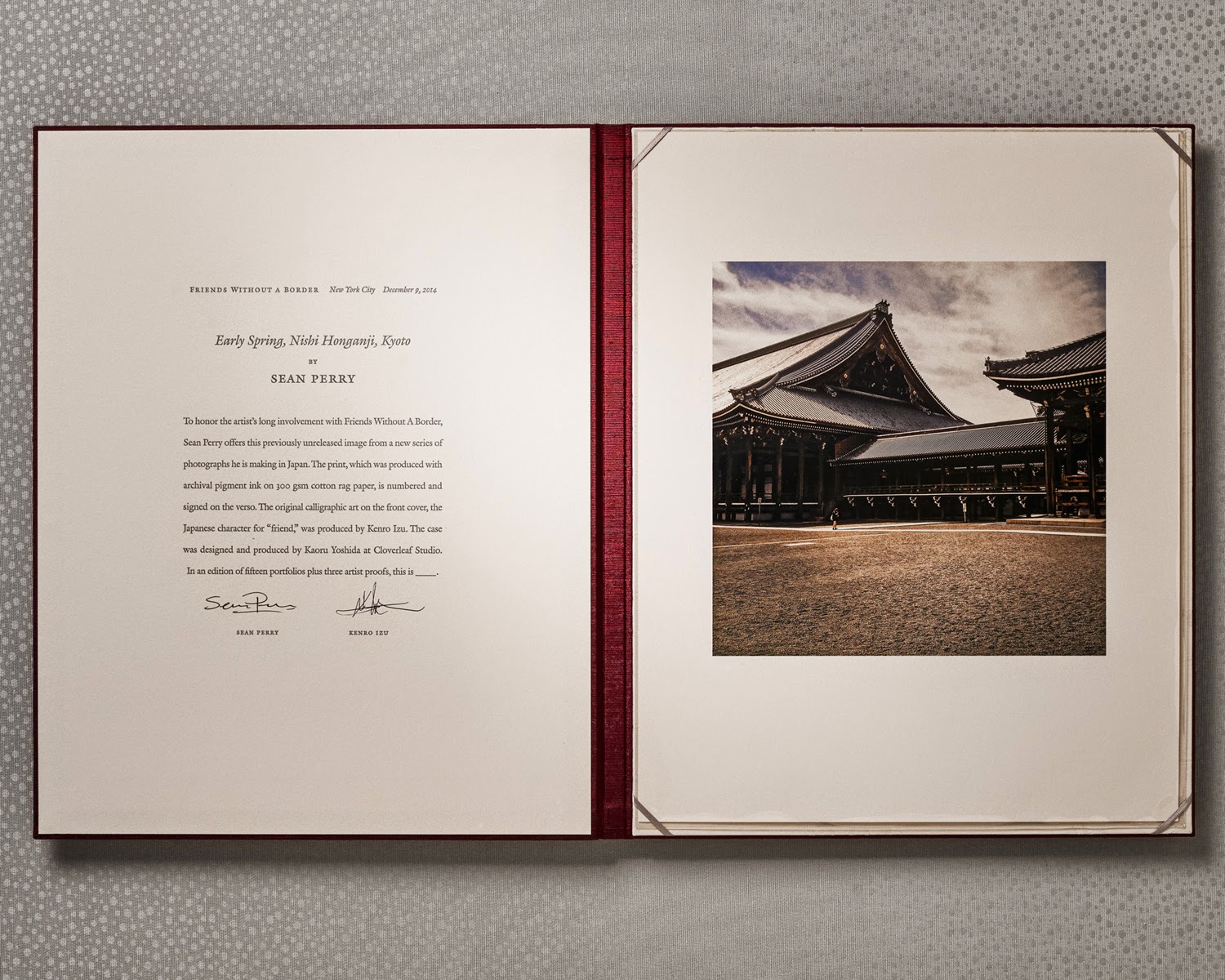 ...presented in a deluxe folio, a collaboration between Sean Perry; book-artists Kaoru Yoshida and Jace Graf of Cloverleaf Studio, Austin, TX; and Friends Without A Border founder, Kenro Izu 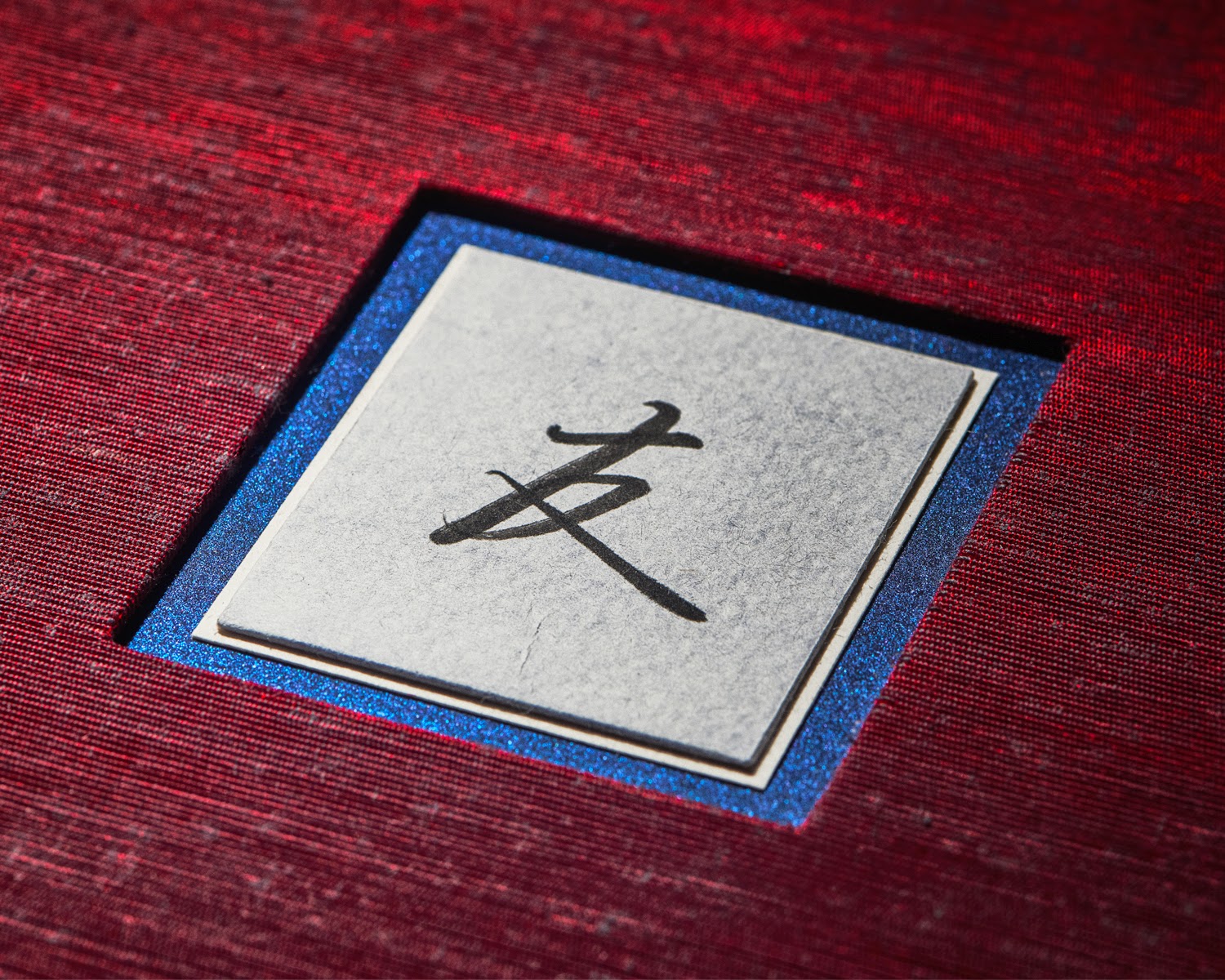 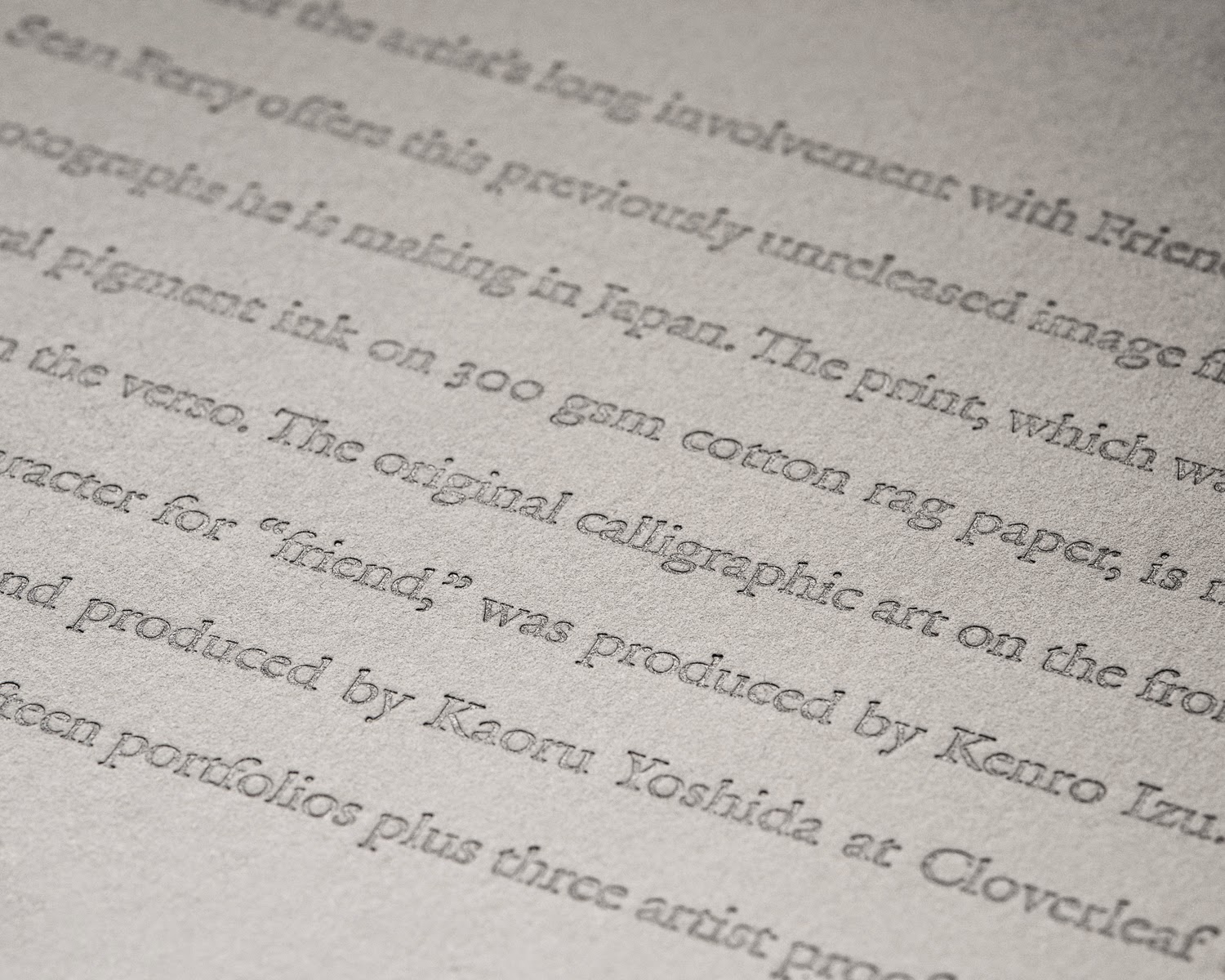 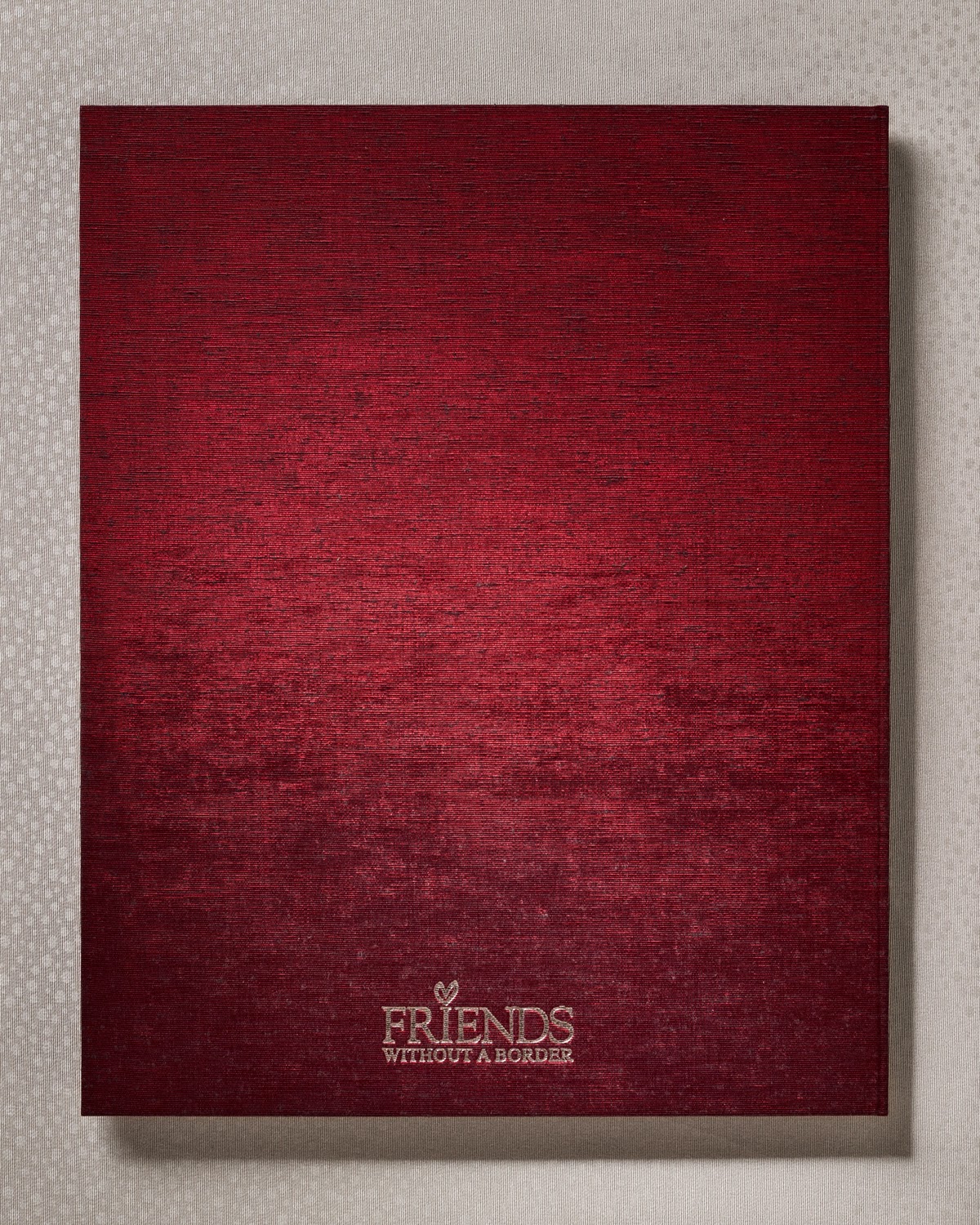 
During a series of photography trips to Cambodia's Angkor Wat monuments, internationally acclaimed photographer Kenro Izu was deeply affected by his encounters with often ill, malnournished, and disfigured children. As a symbol of his gratitude for the profund artistic inspiration he received from Cambodia's historical treasures, Izu committed himself to building a pediatric hospital to provide desperately needed healthcare for its children...its future.

Friends Without A Border, a non-profit organization, was founded by Izu in 1996 to build and manage Angkor Hospital for Children in Cambodia. In 2013, Friends launched a new initiative to extend the reach of the mission to the children of Lao PDR by building and establishing Lao Friends Hospital for Children; slated to open in the spring of 2015.
+  +  +


A special limited-edition pigment print by photographer Sean Perry, was commissioned exclusively for Friends Without A Border.


This previously unreleased image, Early Spring, Nishi Honganji, Kyoto, is from a new series of photographs Sean Perry has been making in Japan. To honor the artist's long involvement with FWAB, the print is presented in a deluxe folio, the result of a collaboration between Perry; book-artists Kaoru Yoshida and Jace Graf of Cloverleaf Studio, Austin, TX; and Friends Without A Border founder, Kenro Izu.

The enclosure is covered with rich Japanese book cloth and each folio includes original calligraphy by Mr. Izu in a front board recess. The print is displayed on a doublure covered with heirloom silk and is signed, titled, dated and editioned in pencil on the verso. It is held with platinum-colored ribbon corners to secure it inside, or for easy removal to frame. On the left inside cover is a double-signed and editioned limitation page, printed in letterpress with silver ink, and the back is foil-stamped with the Friends Without A Border logo.

Released in an edition of fifteen (15), plus three artist proofs, purchase of this special limited-edition print also includes admission to the December 9th Auction, a paddle number, and a copy of the Auction Catalog.

For more information about the Auction and to view the Auction lots please visit the Friends Without a Border.