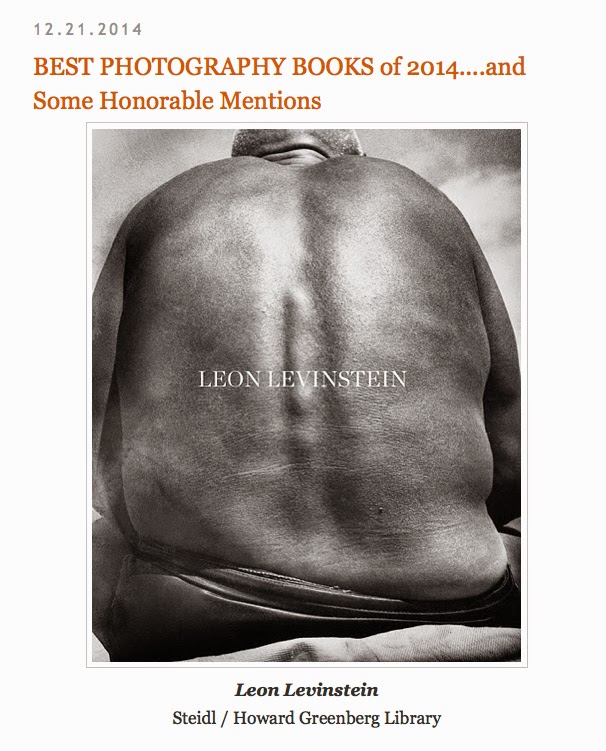 Always extremely popular are the many Best Photography Book lists. It assures me books are still alive and well. Of course my list is just a small portion of the excellent photography books that were published in 2014, so check out some of the other 2014 Best Photo Book Lists I've posted links to.
#2 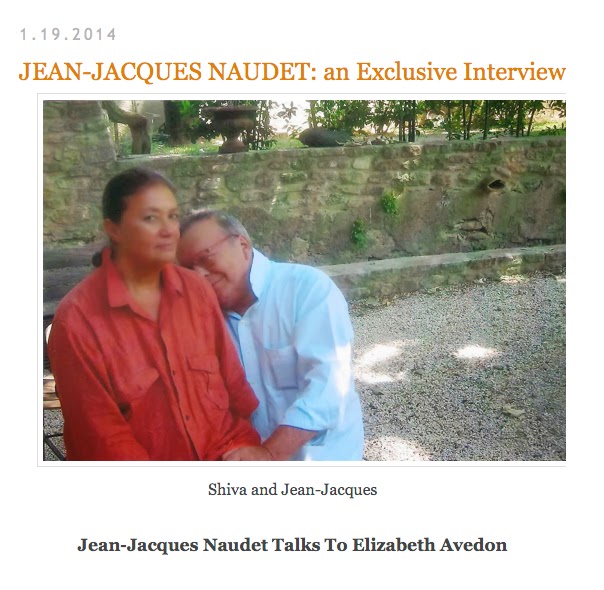 “Photography has never been as fashionable as now. In fact Photography IS the communication now.” – Jean-Jacques Naudet

Jean-Jacques Naudet has championed the careers of countless photographers throughout decades, first as Editor-in-Chief of French PHOTO Magazine during it’s heyday in the 1970′s and ’80′s and later as editor at large for American PHOTO, working for Hachette Filipacchi Media for forty years. A prominent figure in the overall History of Photography, Naudet moved on to found his own publications, starting with the former “Le Journal de la Photographie," and currently with the new L’Oeil de laPhotographie / The Eye of Photography, promoting legendary icons of the past along side a generation of emerging photographers. I have been fortunate to be guided by Naudet over the years. The Interview
#3 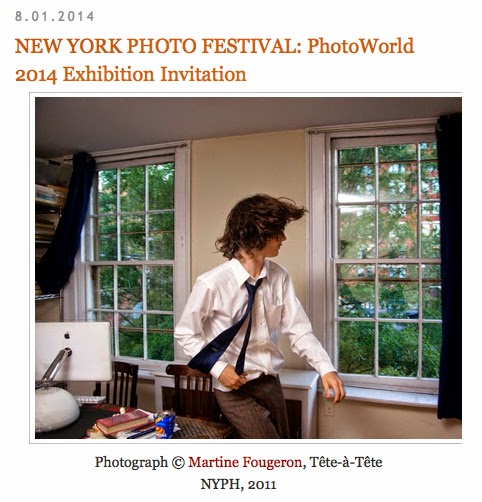 Each year, the New York Photo Festival presents PhotoWorld, a wide-ranging juried exhibition selecting the best new documentary, fine art, and motion and drone photography being produced today, determined by top photo and image professionals. Finalists chosen exhibit their work in an installation at POWERHOUSE Arena during the DUMBO Arts Festival. PhotoWorld s an unparalleled opportunity to jump start your career in Photography. 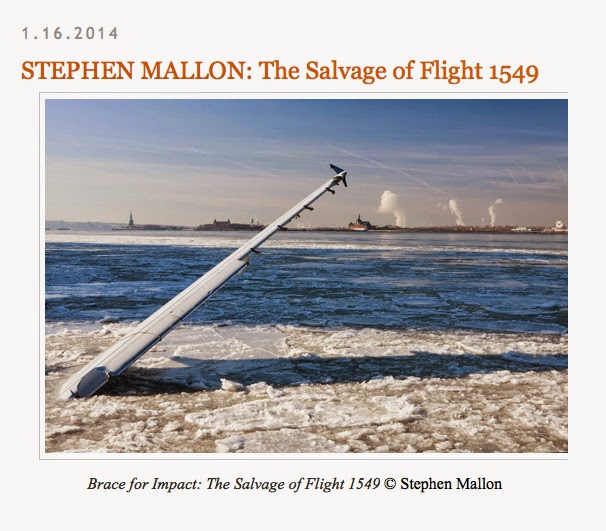 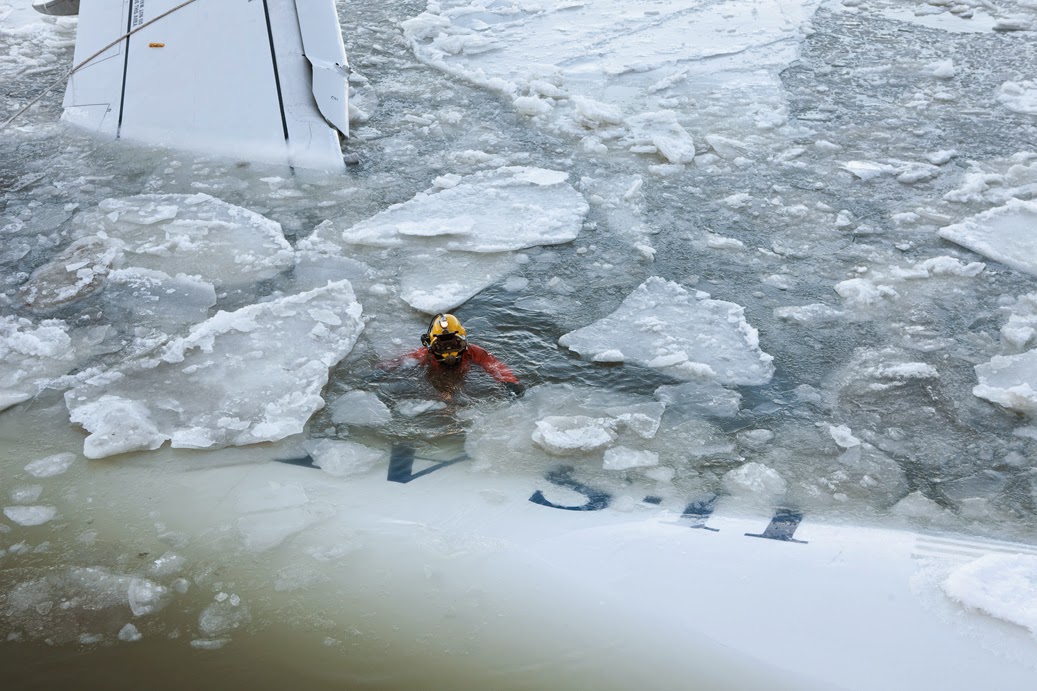 Stephen Mallon first caught my undivided attention and gained enormous acclaim for his series, Brace for Impact: The Salvage of Flight 1549. His large-scale photographs documenting the salvage of Flight 1549, the plane piloted by Sully Sullenberger III who successfully emergency-landed in the Hudson River in January 15, 2009 saving all 155 people aboard. http://www.stephenmallon.com 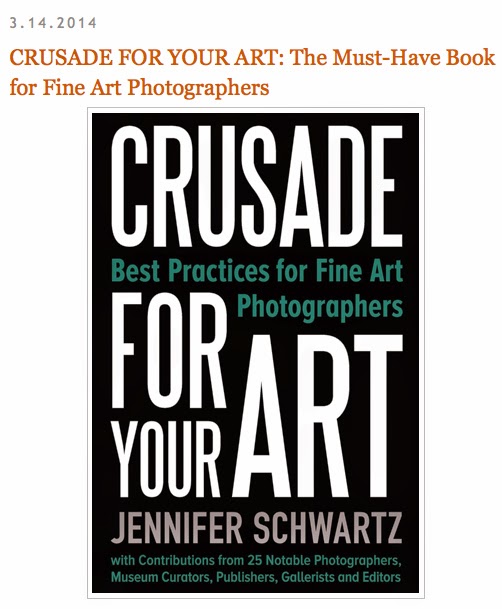 “In “Crusade For Your Art: Best Practices For Fine Art Photographers," Jennifer Schwartz has written one of the most comprehensive guides to date for both the professional and emerging fine art photographer to navigate the current world of Photography. With contributions from leading photography museum, gallery and photo directors, the expert advice given is instrumental in creating what every photographer needs to know to navigate the current art market. I absolutely love this guide. It covers all bases! I whole-heartedly recommend this masterful guide to the photographic community.” – Elizabeth Avedon. The Book
#6 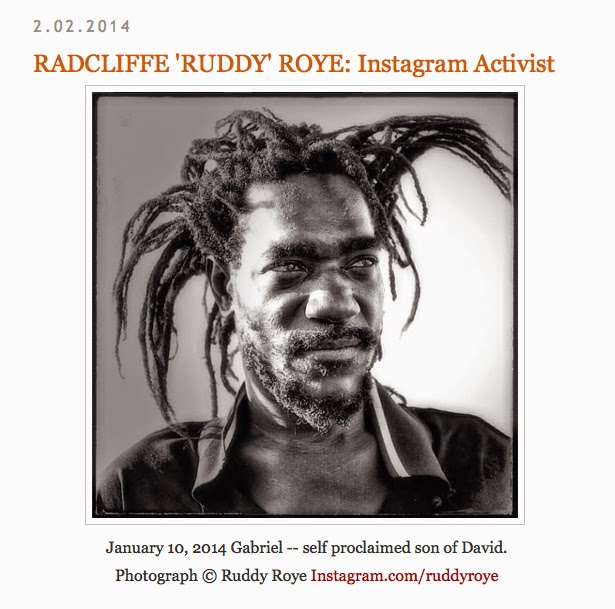 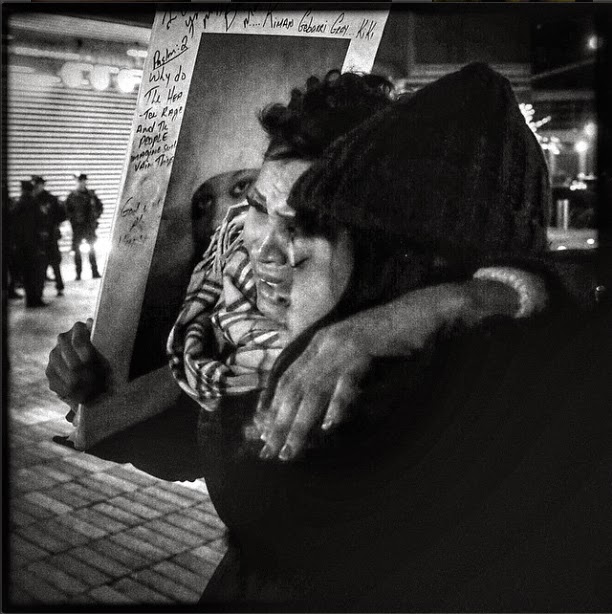 Relatives of both Shantel Davis and Kimani Grey burst in tears obviously overwhelmed by the moment. Protestors marched around the Barclay Center plaza chanting "I can't breathe," while encouraging Barclay fans to support their cause. Shantel Davis was killed on June 14, 2012 while Kimani Grey was killed March 9, 2013. "It hurts so much, when will the pain stop..."

Ruddy Roye is keeping us real. An "Instagram Humanist/Activist" with over 107,000 followers, Roye describes himself as a "Brooklyn photographer peeling the cornea off his eye ball to share on Instagram." Follow him here: http://instagram.com/ruddyroye. And check out @everydaypolaroid and @everydayblackamerica for more images http://www.ruddyroye.com 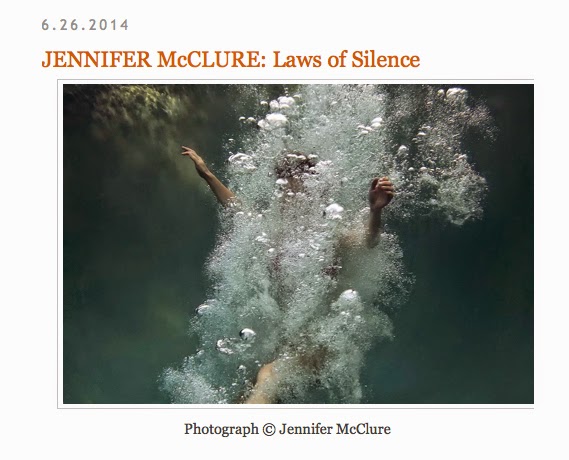 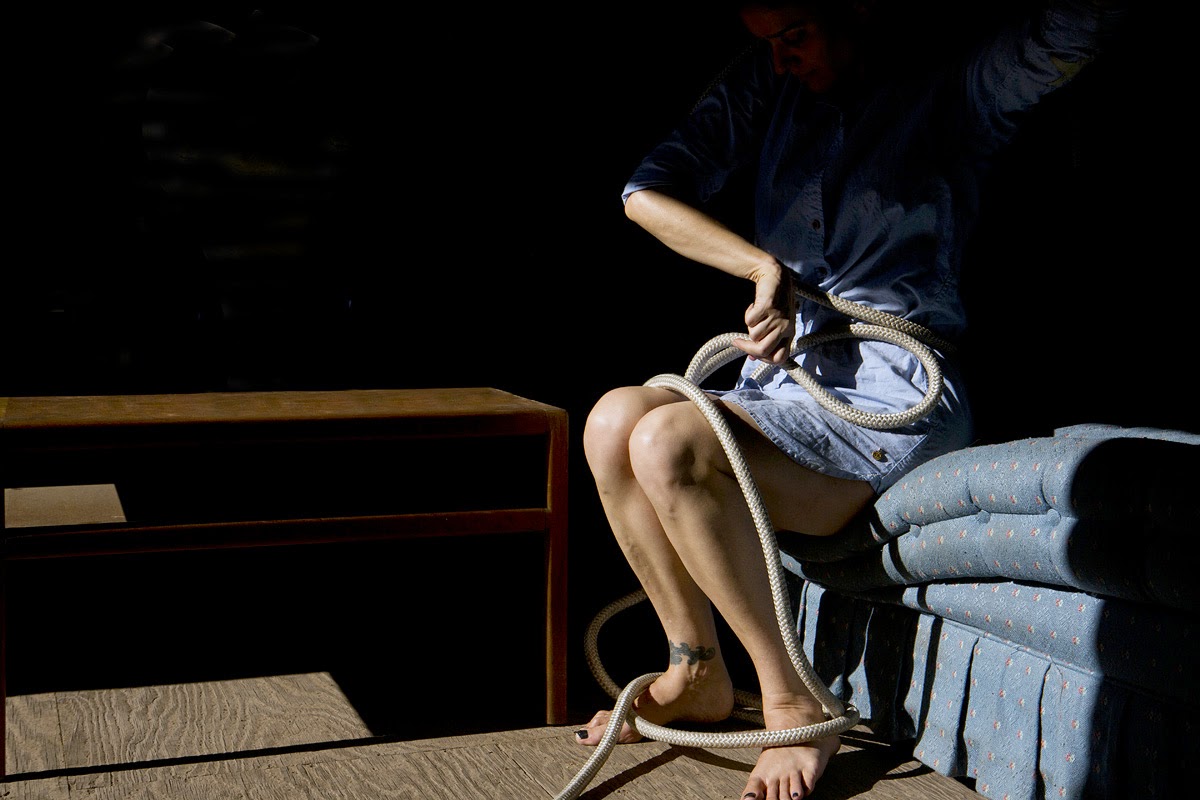 "Laws of Silence" is about Jennifer McClure's personal mythology and fear of letting go of the life she was programmed to live. Her family life was difficult and displaced, not something she wished to replicate, and left her distrustful of both people in general and the whole idea of the American Dream. "The water is an important part of this series because I had a bad experience in the water as a child; I love the water but I'm also afraid of it. I often feel the same way about people...." http://www.jennifermcclure.com/ 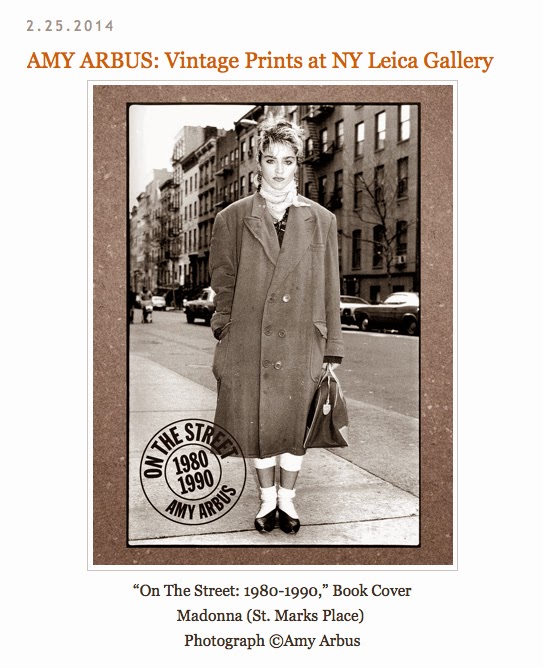 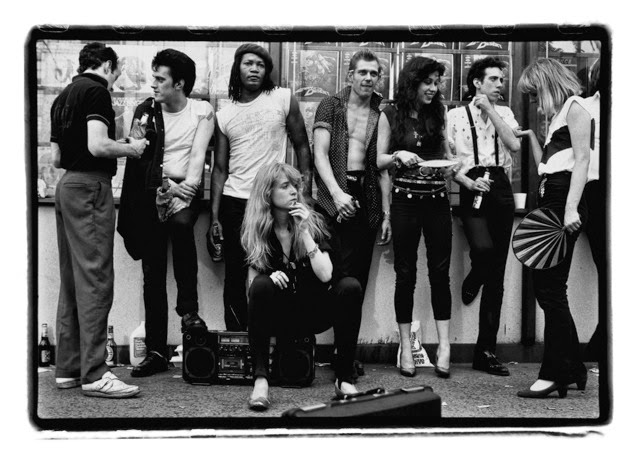 Over the course of ten years Amy Arbus made thousands of photographs for the Village Voice and roughly 500 were published. She describes her "On the Street" series as very raw and rough edged, but deceptively organized. Included among the luminaries are Keith Haring, Sonic Youth, Madonna, The Clash, Phoebe Legere, Susanne Bartsch, The Rosenberg Twins, Messrs. McDermott + McGough and Grace Jones. Read more: An Interview with Amy Arbus. http://www.amyarbus.com 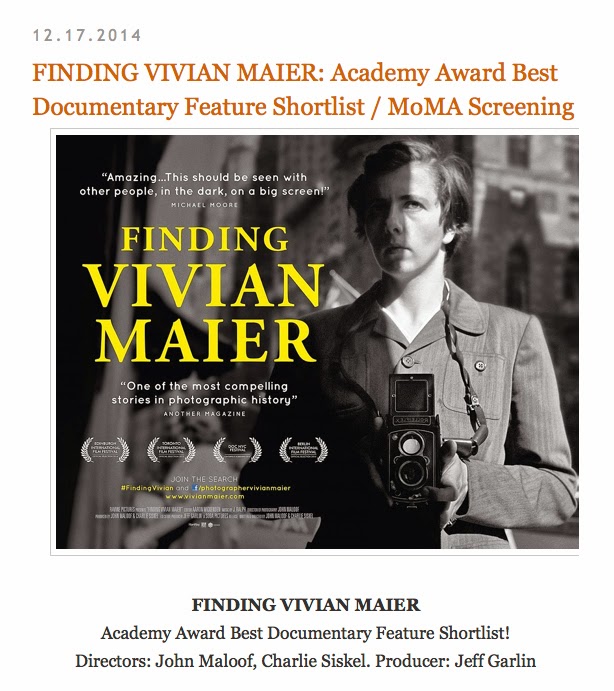 "In FINDING VIVIAN MAIER, the film unfolds like a detective story, Director's John Maloof and Charlie Siskel reveal Maier’s mysterious life as a nanny and a loner through the recollections of her various employers and their children, and as other details of her past come to light. Through the reconstruction of a large portion of Maier’s collection of over 100,000 photographs and interviews with other well-known American street photographers and collectors, the film challenges our notions of the artist and the creative act, and how art is made and marketed. This is Maloof's and Siskel's remarkable directorial debut. Watch the Film Trailor here. 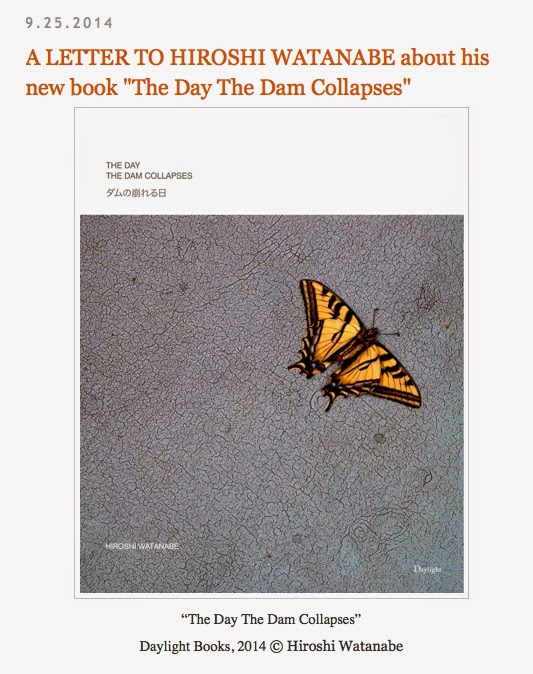 I received a beautiful book by photographer Hiroshi Watanabe.  I was very moved by both the images and the text in "The Day The Dam Collapses" and wrote an open letter to him. http://www.hiroshiwatanabe.com/


Out of the over one hundred or so posts in 2014, those most viewed are listed above.  And as of today, the last day of 2014, there have been 1,167,699 views in the last year and a half I've been counting. Not many compared to some, but so many more than I anticipated when starting this Photo Journal for my own interest. Thank you to all who have visited and to those who continue to visit.

Today is the last day I can say I was one of TIME Magazine's Top 140 Best Twitter Feeds of 2014! So I'm soaking it in all day. Thanks so much to Editor Mia Tramz for choosing my twitter-feed. Follow Tramz and her colleagues on TIME Lightbox to keep you informed. 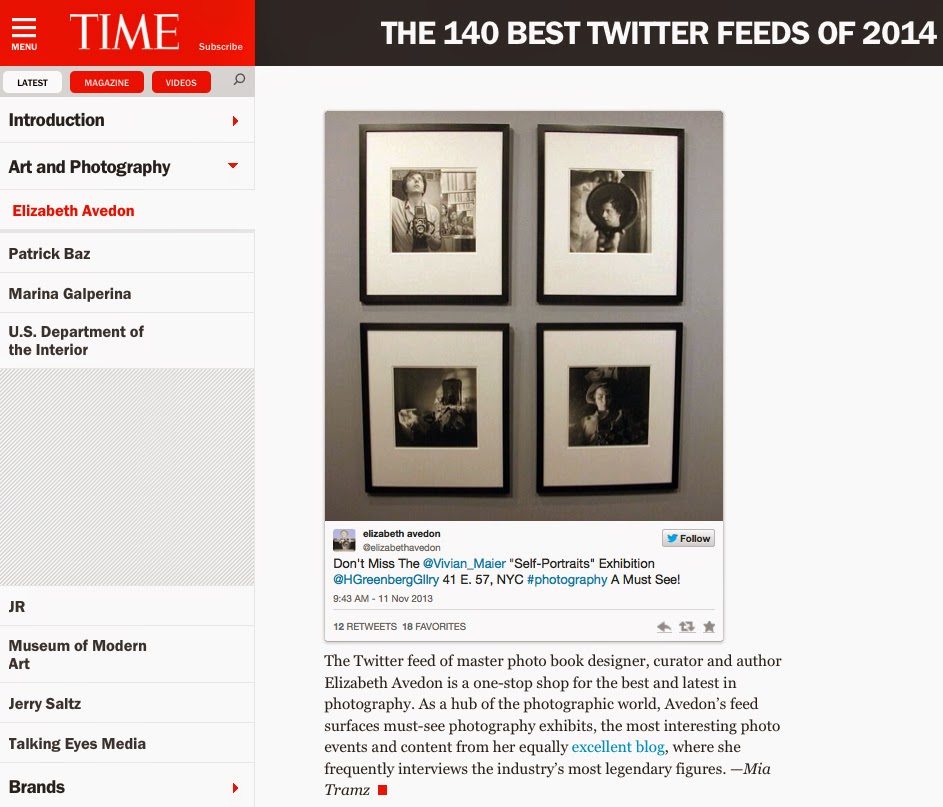 Dear Elizabeth,
i wish you a happy new Year.
Thanks for showing all your photos.
Nice Greetings
Oliver