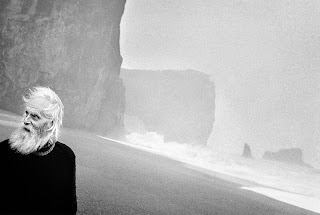 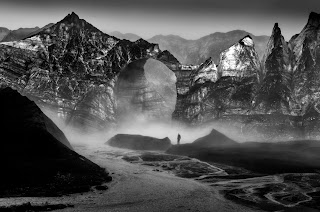 Where the World is Melting. Photographs by Ragnar Axelsson
Where the World is Melting. Photographs by Ragnar Axelsson. Kehrer Verlag
"Where the World is Melting includes, among others, unpublished photographs which Ragnar photographed on Hvísker at the age of ten years old, and the well-known series’ Faces of the North, Glacier, Last Days of the Arctic, and Arctic Heroes. The eminent Icelandic photographer’s themes are the physical and traditional realities of the North...For over 40 years, Ragnar Axelsson (RAX, b. 1958) has photographed people, animals, and landscapes in the most remote regions of Greenland, Iceland, and Siberia. In simple black and white photos, he captures the elementary human experience in nature on the edge of the habitable world. RAX highlights the extraordinary relationships between people, animals, and places in the Arctic and their extreme environment – relationships that change in profound and complex ways due to unprecedented climate change." Buy it here 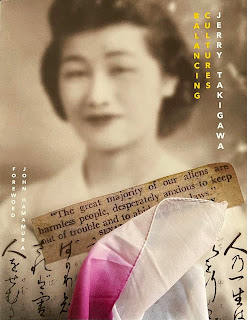 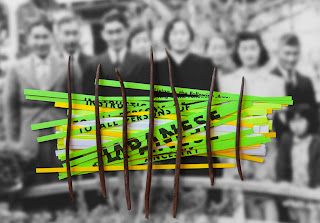 Balancing Cultures. Photographs by Jerry Takigawa
Balancing Cultures. Photographs by Jerry Takigawa. Self-Published
"Balancing Cultures presents the work of a multi award-winning photography series about the artist’s family’s experience with the WWII American concentration camps. This project presented an opportunity to confront the racism perpetrated on the Japanese that resulted in their confinement in the American concentration camps sanctioned by President Roosevelt’s Executive Order 9066 issued on February 19, 1942." buy it here 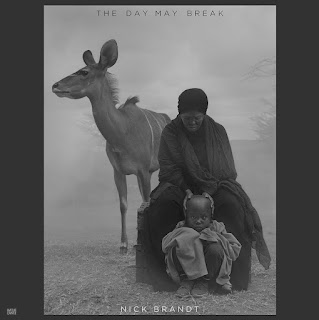 The Day May Break. Photographs by Nick Brandt 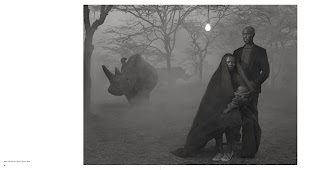 “The people in these photographs were all affected by climate change, displaced by cyclones and years-long droughts. Photographed at five sanctuaries, the animals were rescues that can never be rewilded. As a result, it was safe for human strangers to be close to them, photographed so close to them, within the same frame. The fog on location is the unifying visual motif, conveying the sense of an ever-increasing limbo, a once-recognizable world now fading from view. However, despite their respective losses, these people and animals have survived, and therein lies possibility and hope.” — Mary Robinson, Former President of Ireland and United Nations High Commissioner for Human Rights and Climate Change, Chair of The Elders. buy it here 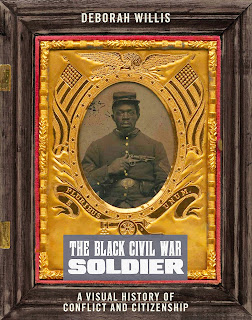 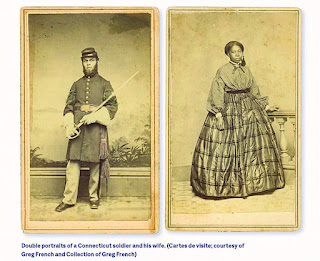 The Black Civil War Soldier: A Visual History of Conflict and Citizenship
The Black Civil War Soldier: A Visual History of Conflict and Citizenship
by Deborah Willis. NYU Press
"At a time when victory in the Civil War was anything but assured, the great abolitionist Frederick Douglass urged the North to arm African American soldiers to fight against the forces that had enslaved them in the Confederate South. In doing so, he recognized the vital visual argument for citizenship that a uniformed Black man would make with ‘the brass letter, US’ on his belt and an ‘eagle on his button.’ Now, in this breathtaking volume, the scholar Deborah Willis reveals to us the fullness of their humanity through a photographic record she interprets through the paper trail they left behind. At once intimate and panoramic, The Black Civil War Soldier is both a major contribution to Civil War studies and an album of our ancestors’ journey at the critical hour of American history that belongs to all of us as the descendants of their sacrifice." ― Henry Louis Gates, Jr., Alphonse Fletcher University Professor at Harvard University. buy it here 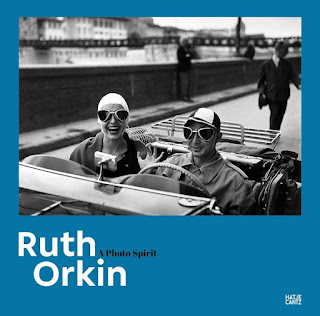 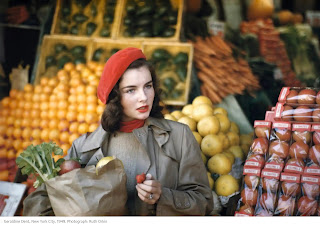 "American photographer Ruth Orkin earned acclaim for her work as she combined her love for travel and her experience growing up in Hollywood into a practice that captured the cinematic elements of everyday life and revealed the humanity of the upper crust...The atmospheric photographs taken by Orkin in cities such as Florence, New York and London still shape the image of these metropolises today: her street scenes consistently offer penetrating insights into the personality of her human subjects as well as their environments. This unique quality also manifests in her celebrity portraits of figures such as Albert Einstein, Marlon Brando, Tennessee Williams and Lauren Bacall: though clearly posed, these photographs offer a certain level of candor that allows the viewer to connect with the sitters on a human level. She also pursued filmmaking with two successful features, Little Fugitive (1953) and Lovers and Lollipops (1955)—and she did all of this as one of the few female practitioners in the field. Published on the occasion of what would have been the photographer’s 100th birthday, this illustrated volume celebrates Orkin’s life and career with an equally extensive and fascinating overview of this exceptional artist's oeuvre." A Photo Spirit here 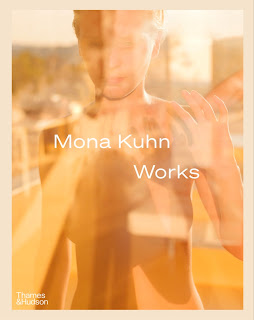 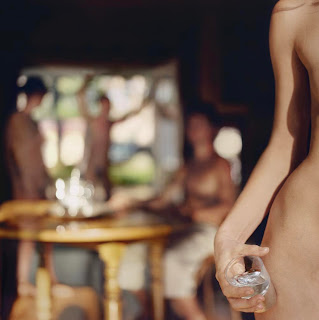 Mona Kuhn: Works: Photographs by Mona Kuhn
Mona Kuhn: Works: Photographs by Mona Kuhn. Thames & Hudson
Text by Rebecca Morse, Simon Baker, Chris Littlewood, Darius Himes, Elizabeth Avedon.  "A stunning career retrospective of Mona Kuhn, one of the most respected contemporary photographers of her time, best known for her large-scale photographs of the human form. Throughout a career spanning more than twenty years, the underlying theme of her work is her reflection on humanity’s longing for spiritual connection and solidarity. As she solidified her photographic style, Kuhn created a notable approach to the nude by developing friendships with her subjects, and employing a range of playful visual strategies that use natural light and bucolic settings to evoke a sublime sense of comfort between the human figure and its environment. Her work is natural, restful, and a reinterpretation of the nude in the canon of contemporary art.”

“Kuhn’s distinct aesthetic has propelled her as one of the most collectible contemporary art photographers—her work is in private and public collections worldwide and she is represented by galleries across the United States. Mona Kuhn: Works, the artist’s first retrospective, features images from throughout her career, accompanied by insightful texts by Rebecca Morse, Simon Baker, Chris Littlewood, and Darius Himes. An interview with Elizabeth Avedon provides insights into Kuhn’s creative process and the ways in which she works with her subjects and locations, and achieves the visual signature of her imagery. It is an essential volume for anyone with an interest in the human form in contemporary art.” order a signed copy here 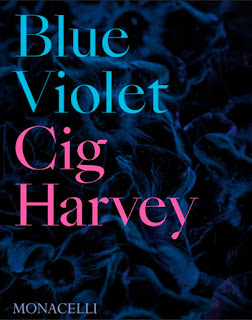 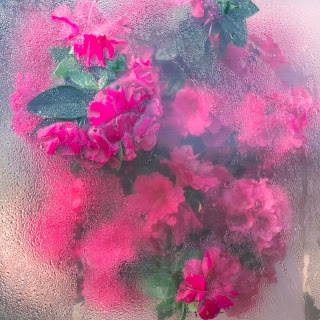 “Blue Violet is a vibrant meditation on the procession of seasons, sensory abundance, and the magic in everyday life. Part art book, botanical guide, historical encyclopedia, and poetry collection, Blue Violet is a compendium of beauty, color, and the senses…Plants, flowers, and our experience of the natural world are the threads that tie this unique book together. Exploring the five senses, Blue Violet takes the reader on a personal journey through nature and the range of human emotions.” buy it here 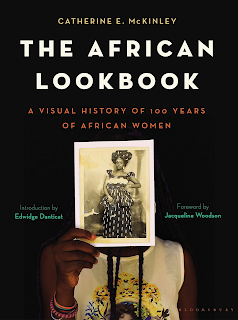 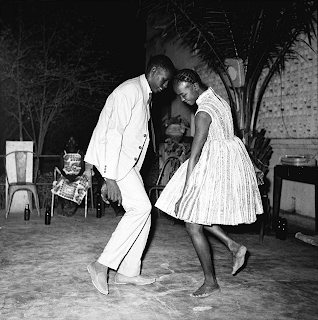 The African Lookbook:
A Visual History of 100 Years of African Women
The African Lookbook: A Visual History of 100 Years of African Women.
By Catherine E. McKinley. Bloomsbury Publishing
"A visual history of African women told in striking and subversive historical photographs―featuring an Introduction by Edwidge Danticat and a Foreword by Jacqueline Woodson. Curator Catherine E. McKinley draws on her extensive collection of historical and contemporary photos to present a visual history spanning a hundred-year arc (1870–1970) of what is among the earliest photography on the continent. These images tell a different story of African women: how deeply cosmopolitan and modern they are in their style; how they were able to reclaim the tools of the colonial oppression that threatened their selfhood and livelihoods. and works by celebrated African masters, African studios of local legend, and anonymous artists, The African Lookbook captures the dignity, playfulness, austerity, grandeur, and fantasy-making of African women across centuries…These photos tell the story of how the sewing machine and the camera became powerful tools for women’s self-expression, revealing a truly glorious display of everyday beauty." Lookbook here 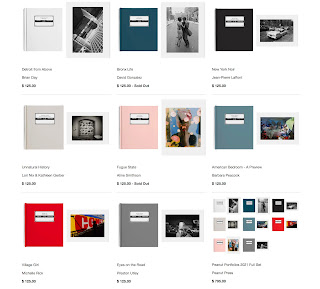 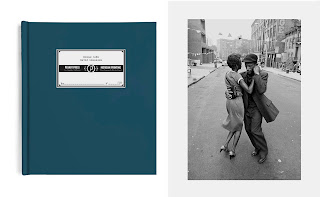 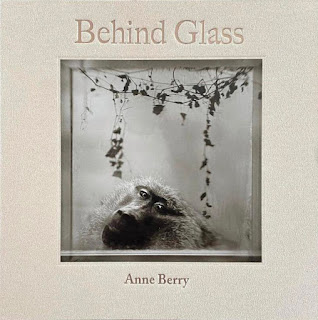 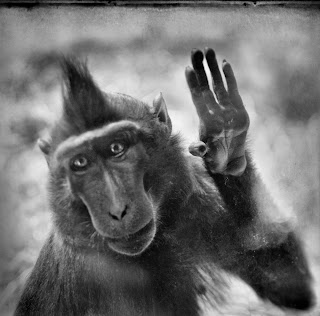 Anne Berry: Behind Glass. Self-published anneberry.bigcartel.com
"Behind Glass is a collection of photographs made in monkey houses of small zoos throughout Europe, thoughtfully constructed from exquisite archival materials. Anne Berry is recognized for her ability to create lyrical, intimate portraits of animals, and her photographs demonstrate a perception for capturing the animals’ emotional states and intense facial expressions. They reveal an undeniable communication between herself and the primates she visits and her adept ability to capture this connection. Berry’s powerful and moving photographs gently confront the viewer to facilitate a reexamination of the human, and often personal, relationship with the animal kingdom. Berry's book "Behind Glass" features a message from Dr. Jane Goodall, Founder of the Jane Goodall Institute, essays by primatologist Jo Setchell and Atlanta art critic Jerry Cullum, with 50 duotone plates in a beautifully crafted hardbound edition www.anneberrystudio.com 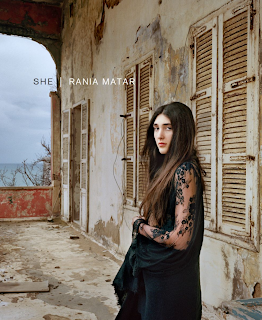 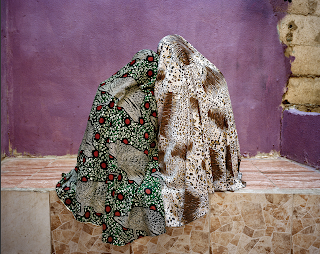 She. Photographs by Rania Matar
She. Photographs by Rania Matar. Radius Books “Portraits of American and Middle Eastern young women entering adulthood from Rania Matar, author of L’Enfant-Femme. As a Lebanese-born American artist and mother, Rania Matar’s (born 1964) cross-cultural experiences inform her art. She has dedicated her work to exploring issues of personal and collective identity through photographs of female adolescence and womanhood—both in the United States where she lives, and in the Middle East where she is from.”

“Rania Matar focuses on young women in their late teens and early twenties, who are leaving the cocoon of home, entering adulthood and facing a new reality. Depicting women in the United States and the Middle East, this project highlights how female subjectivity develops in parallel forms across cultural lines. Each young woman becomes an active participant in the image-making process, presiding over the environment and making it her own. Matar portrays the raw beauty of her subjects—their age, individuality, physicality and mystery—and photographs them the way she, a woman and a mother, sees them: beautiful, alive.” buy it here 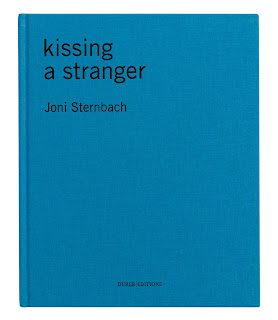 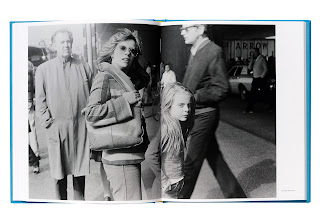 kissing a stranger. Photographs by Joni Sternbach
kissing a stranger. Photographs by Joni Sternbach. Dürer Editions
“This title, kissing a stranger, is a study of Sternbach’s early work made during the 1970s and 1980s. In essence it is a portrait of the artist as a young woman forming her visual language through freedom of experimentation and expression. She says ‘finding my way towards independence and autonomy as a young art student was both intensely lonely and toughening. A camera around my neck afforded me a feeling of protection. It allowed me to project myself onto the world around me; with my needs, my desires and my loneliness exposed – I felt less vulnerable.” buy it here
BEST PHOTOGRAPHY BOOKS 2021 ROUND-UP : PART II (soon)
Many thanks to the Publisher's Descriptions.
Posted by elizabeth avedon