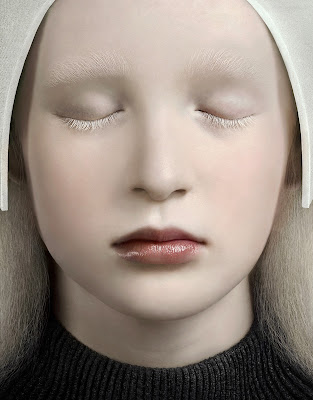 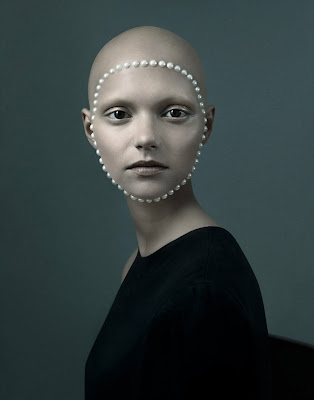 Past Present: Photographs by Justine Tjallinks

Past Present: Photographs by Justine Tjallinks. NHP Publishing
Justine Tjallinks, an Amsterdam-based Dutch artist, combines the ‘old’ and the ‘new’ to create images that have a sense of nostalgia whilst the content and subjects are often firmly fixed in present day sensibilities. Taking inspiration from Dutch master painters for their use of light and color, this is juxtaposed with remarkable, contemporary faces and figures seen in modern clothing designs.” Amazon 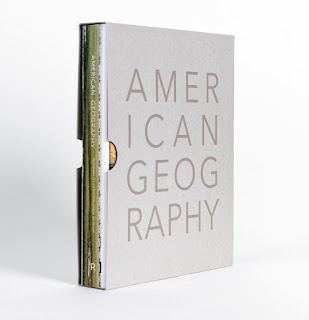 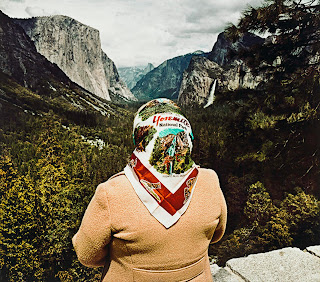 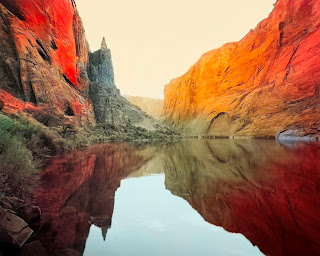 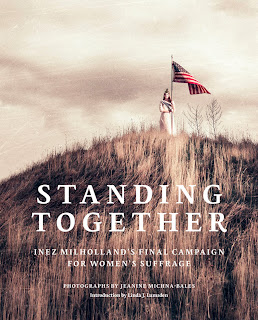 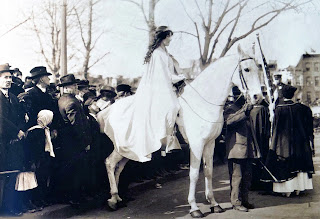 Standing Together: Inez Milholland's Final Campaign for Women's Suffrage By Jeanine Michna-Bales. MW Editions
Through her photographs, combining dramatic landscapes and historical reenactments of important vignettes of Milholland on her journey with archival materials, Michna-Bales captures a glimpse of the monumental effort required to pass the 19th Amendment. A multifaceted meditation on a pioneer of American suffrage, through photography, writing and ephemera. “In 1916, Inez Milholland Boissevain (1886–1916) embarked on a grueling campaign across the Western US on behalf of the National Women’s Party appealing for women’s suffrage ahead of the 1916 presidential election. Standing Together, by artist Jeanine Michna-Bales (born 1971), retraces Milholland’s journey. The 30-year-old suffragist delivered some 50 speeches to standing-room-only crowds in eight states in 21 days: Wyoming, Idaho, Oregon, Washington, Montana, Utah, Nevada and California. She battled chronic illness and lack of sleep during her travels and died a month after her last speech in Los Angeles, where her final public words were, “Mr. President, how long must this go on, no liberty?” Amazon 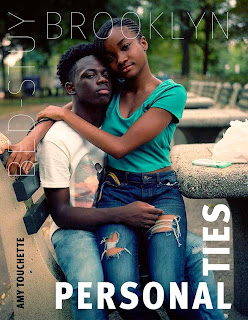 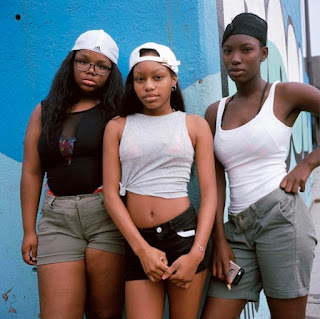 Personal Ties: Bed-Stuy, Brooklyn. Street portraits by Amy Touchette. Foreword by Larry Fink, Afterword by C. Joi Sanchez. Schilt Publishing
“Amy Touchette represents the new generation of documentary photographers who are contributing to preserving a very important history and culture in this 21st century. Arming herself with a camera and a compassionate heart, she photographed ordinary people in her Bedford-Stuyvesant community, creating intimate portraits of personal ties, kinship, and individuality that are now frozen moments in time.” —Jamel Shabazz, Photographer.  Schilt Publishing 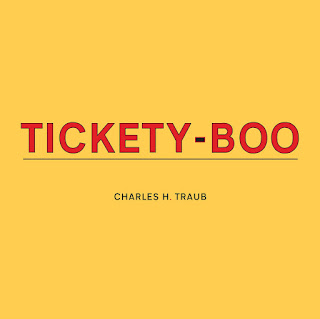 Tickety-Boo loosely translates
'Everything is okay, but maybe everything isn't!'

Tickety-Boo. Photographs by Charles H. Traub. Damiani
The English expression ‘tickety-boo' loosely translates 'Everything is okay, but maybe everything isn't!' Therein lies the enigmatic crux of the images contained in this book. A stream of consciousness flows in Traub’s response to places, things, and people that catch his eclectic whimsy. His subjects are ambiguous and out of context, yet once organized together within this book, create a kind of pictorial completeness, both soothing and disquieting. The photographs in each spread vividly amplify each other leading the viewer to the next sequence. The mundane becomes animated, and in the end, this is a book about the delirious conditions of our time.

Artist Charles H. Traub, Founding Chair of the MFA Program in Photography, Video & Related Media at the School of Visual Arts in New York City, has published 16 books, including 8 monographs of his own, and received numerous awards including the distinguished ICP award for his work “A Democracy of Photography”. Amazon 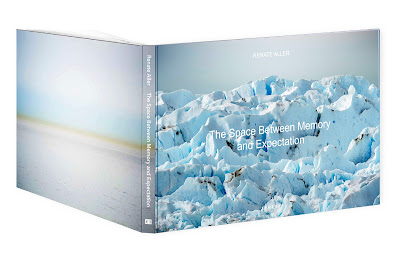 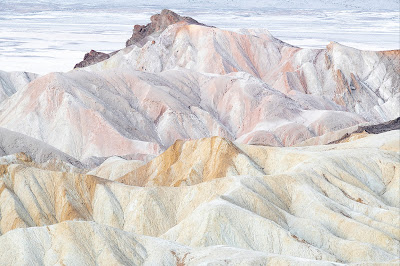 The Space Between Memory and Expectation. Photographs by Renate Aller. Essays by Makeda Best and Courtney J Martin. Kehrer Verlag “The silent and continuous erosion trickling from the top of mountains, via glaciers, tropical forests, sand dunes, icefields of Patagonia, European glaciers into the ocean and the urban waterways of New York’s harbor. Tracing an unbroken line, the eye is guided from one sweeping landscape to the next without doubting their separateness in location and
origin, showing the interconnectedness of distant environments, opening up conversations between the different (political) landscapes in which we live”. Renate Aller Photo-Eye Books 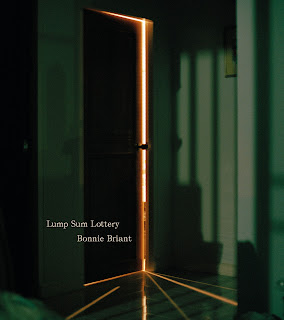 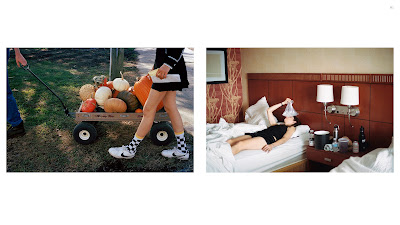 Lump Sum Lottery. Photographs by Bonnie Briant. Introduction by Sylvia Plachy. Damiani Publishers
Bonnie Briant’s personal collection of images in her first monograph, Lump Sum Lottery, transports us through the select world she inhabits outside the usual path of our ordinary lives.

“When you win the lottery you have two options, you can get all the money right away, but because of taxes you get less than if you’re willing to parse it out over time. Taking all the money right away but actually taking less is called taking the lump sum. The title is a comment on my constant, “I’ll have everything now, even though I know I should wait.”– Bonnie Briant  Amazon 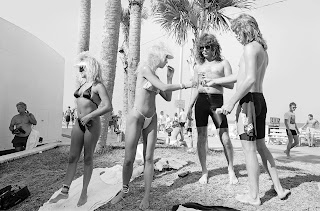 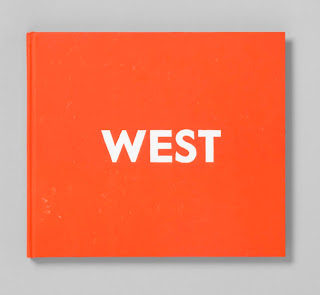 Headed West. Paul McDonough. Essay by Albert Mobilio. Stanley/Barker Publishers
From the 1960’s through the 1990’s McDonough made numerous photographic treks, seeking to capture people, animals, architecture, land-and-cityscapes — in short, the American life, pre-internet, pre-cell phone, that was thrumming all around him.

As Hilton Als of the New Yorker so aptly put it: “McDonough’s project, it seems to me, is a kind of record of his life as a walker… his pictures are a map of experience, of his consciousness. He is a thinker who looks through the eye of his camera to distinguish truth from reality.”  Amazon 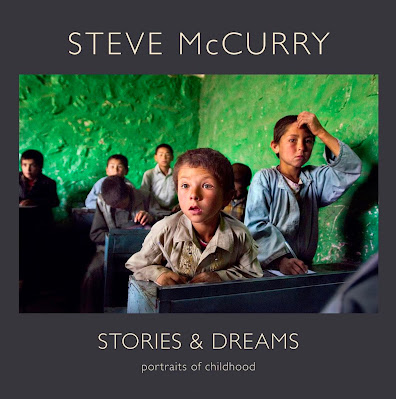 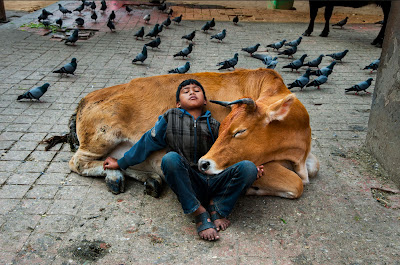 Stories and Dreams: Portraits of Childhood. Photographs by Steve McCurry. With an introduction from Ziauddin Yousufzai, Father of Malala. Laurence King Publishing
A new-born baby is carefully checked over at a hospital in Jaipur, a small girl grins from a bench on Rome's Piazza Navona and energetic boys jostle in front of the camera in Havana – over his long career and on his many travels Steve McCurry has taken an incredible selection of photographs of children, each one managing to hint at an epic story. Stories and Dreams brings a unique selection of these images together for the first time., this is a colorful portrayal of the challenges, hopes and adventures of children from across the world. Available in four languages. Amazon 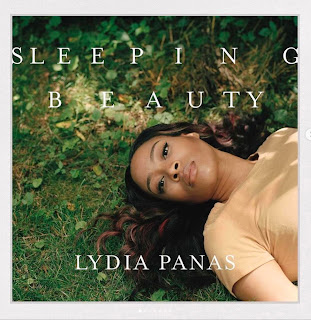 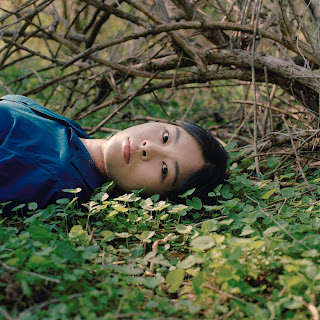 Sleeping Beauty. Photographs by Lydia Panas. MW Editions
This volume presents award-winning Pennsylvania-based photographer Lydia Panas’ much-praised series of mesmerizing color portraits of reclining women and girls. In an interesting reversal of roles, the artist's and models' gazes are intertwined, incorporating the viewer as participant in an often uncomfortable connection. Critics and curators have praised the work for Panas’ artistic and technical mastery, and all have noted and examined the powerfully affecting gaze of her subjects. Photo-Eye Books 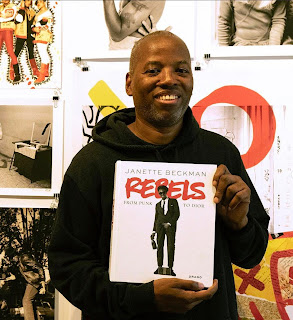 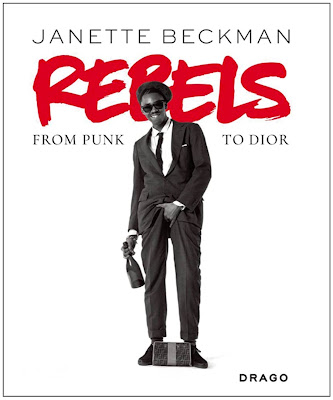 Rebels: From Punk to Dior. Photographs by Janette Beckman.
DRAGO Publishing
Rebel, from Punk to Dior, is one of the most complete anthologies of its kind, containing the best works of British-born photographer, Janette Beckman. Known as one of the most famous street photographers, with her feminine and underground touch, Janette has portrayed the all-time greatest exponents of the Hip Hop, Punk and Underground scenes. From the images of rappers who have climbed the world rankings to the most famous fashion campaigns ever, this book summarizes in more than 240 pages and as many original photographs, the spirit of a generation that made history and continues to influence the world of fashion and the international collective imagination. -- Drago  Amazon 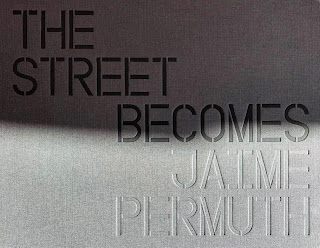 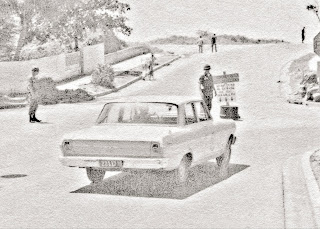 The Street Becomes by Jaime Permuth. Meteoro Editions, Amsterdam
The Street Becomes is the resulting project of Guatemalan photographer Jaime Permuth’ residence as a Smithsonian Artist Fellow in 2014. This body of work explores the changing character of the urban street in times of war and peace. The Street Becomes is entirely based on archival images. One part of the images comes from the private archives of local Washington DC photographers who documented the Latino Festival during the 70s and 80s. The second part comes from the US Marine Corps archives and documents the American military occupation of Central America and the Caribbean in the early 20th Century. An artistic intervention on these source images suggests new meanings for the street and examines the kind of contests that are predicated on overtaking and controlling public spaces. Permuth is also the author of “Yonkeros (Libros de Autor)” Photographs by Jaime Permuth (La Fábrica).  Meteoro 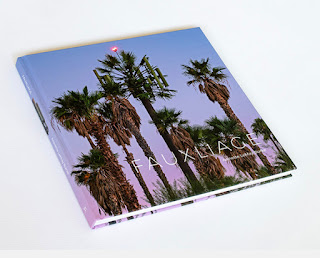 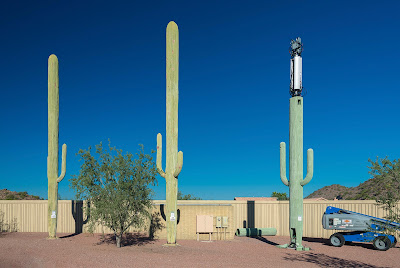 Fauxliage. Photographs by Annette LeMay Burke. Foreword by Ann M. Jastrab. Daylight Books
Fauxliage documents the proliferation of disguised cell phone towers in the American West. For me, the fake foliage of the trees draws more attention than camouflage. The often-farcical tower disguises belie the equipment's covert ability to collect all the phone calls and digital information passing through them, to be bought and sold by advertisers and stored by the government. From the very start, cell towers were considered eyesores. Plastic leaves were attached in an attempt to hide the visual pollution. Over time, the disguises evolved from primitive palms and evergreens into more elaborate costumes. The towers now masquerade as flagpoles, crosses, water towers, and cacti. Today, as our demand for five bars of connectivity continues to increase, the charade still persists. I was initially drawn to the towers’ whimsical appearances. The more I photographed, the more disconcerted I felt that technology was clandestinely modifying our environment. – Annette LeMay Burke 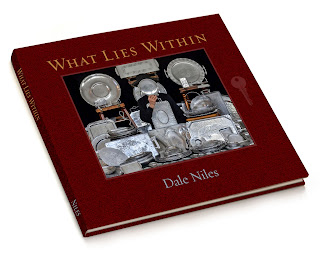 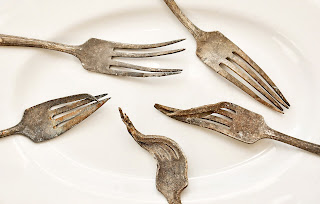 What Lies Within: Photographs by Dale Niles.
Foreword by Aline Smithson. Afterword by Alexa Dilworth
A book of photographs about a unique collector's eclectic collections.

“Sometimes in life the world presents you with something unexpected, like a small gift that appears fully wrapped with a bow on top. Seven years ago, I entered the collector’s world of Andrea M. Noel after a friend suggested that I might be interested in photographing Andrea's expansive collections. After approaching her about potential of examining her assortments photographically, I was presented with a list of over sixty collecting categories, ranging from kitchen utensils to bedpans and urinals. When I arrived at Andrea's beautiful, home complete with a wraparound porch festooned with wisteria, I was unprepared for the surprises that lay within.”– Dale Niles, photographer.   TO ORDER 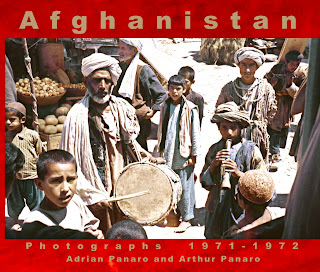 Afghanistan Photographs: 1971-1972. Photographs by Adrian Panaro and Arthur Panaro. Self-Published
In 1971, Arthur Panaro joined the Peace Corps and was posted to Kabul, Afghanistan, to teach English at the University there. A year later, he was joined by his brother Adrian (a former colleague of mine at the Avedon Studio during the 70’s – EA) and the two set off to explore the regions surrounding Kabul and beyond. The book is a visual and historical chronicle of their experiences throughout Afghanistan when that remote nation was nominally ruled by a king and mostly at peace within its own borders. Little more than a year following their travels, Afghanistan began to spiral into the war and upheaval that still marks the fate of its people and institutions after nearly 50 years.

Featured are the massive 4th century BCE statues of the Buddha at Bamian. Photographs of these and murals painted on the walls of the niches surrounding the larger of the two Buddhas provide a testament to the loss of these great relics dynamited by Taliban iconoclasts in 2001 and completely destroyed. The photographs feature encounters with the Afghan people and the natural and historical marvels of the high deserts and mountains, following the Central Asian silk route utilized by Alexander the Great, Ghengis Khan and Tamerlan, notables among the throngs of invaders passing through this storied land even up to the present.

Afghanistan, Photographs 1971-1972 is sumptuously illustrated with 110 beautiful photographs taken by the Panaro brothers just before the nation of Afghanistan began its long descent into social upheaval, war and chaos. Short essays, reminiscences by each brother, and an essay on the art of the Bamian Valley accompany the photographs. Amazon 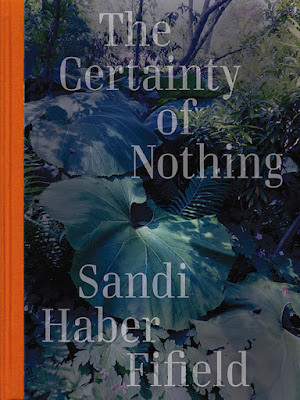 The Certainty of Nothing: Sandi Haber Fifield. Self Published, Limited Edition
Sandi Haber Fifield’s recent monograph is inspired by the ruins of Angkor, ancient sites built in the 12th century and once part of the Khmer Empire. Much has come and gone in this remarkable location and Haber Fifield captures its mystery and fragility. With her recognizable drawing and collage techniques, she expands upon the idea of the artist as an architect of nature. “A beautifully creative monograph; from the one-of-a-kind originals to the well designed and sequenced images. Well worth the journey through it.”–EA  A limited edition signed and numbered book here

Many thanks to the Publisher's Descriptions