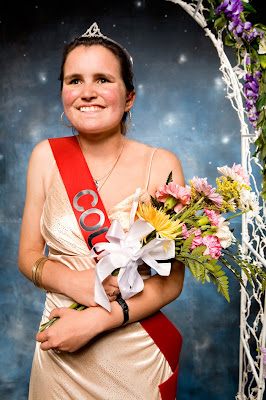 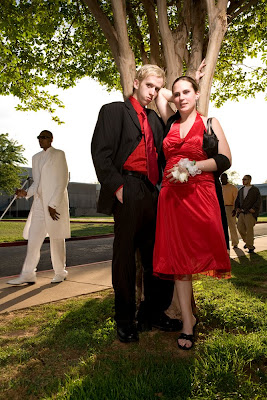 Chasity and Michael
From the series Blind Prom
Prom Night at the Texas School for the Blind and Visually Impaired, 2008
Photograph (c) Sarah Wilson/All rights reserved. 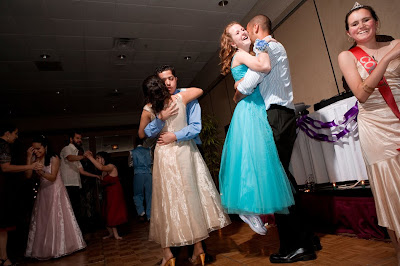 "People have asked me why I am photographing blind teenagers if they are never going to see the images. I have to remind them that these pictures will be shared with parents and friends – and the students certainly appreciated having somebody there to document how great they looked in their tuxes and tiaras"
+ + +

SARAH WILSON was introduced to the blind community in 2005 when she began working as a still photographer and field producer on the PBS-funded film, The Eyes of Me, a documentary about four students attending the Texas School for the Blind in Austin, Texas. Springing from her immersion into this film's new company, Wilson's own series, "Blind Prom," focuses on an American right of passage, the high school prom. Throughout the night she captures candid moments of the prom attendees, while producing their formal portraits. These rich, full-color images express the joy and spirit of, the thrill and intensity for a group of marginalized teens participating in the universal experience of attending a formal prom.

These are wonderful photographs. Both of my parents went to a school for visually impaired children and I believe that my father was the first person in the UK to leave a Blind School and become a professional photographer.