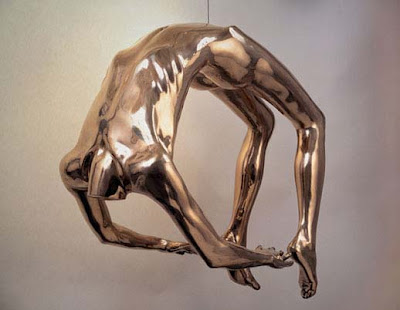 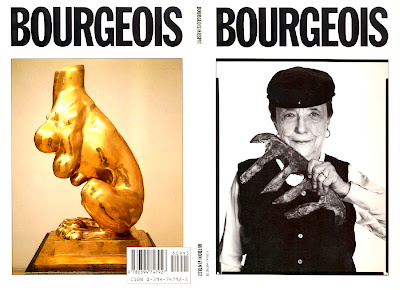 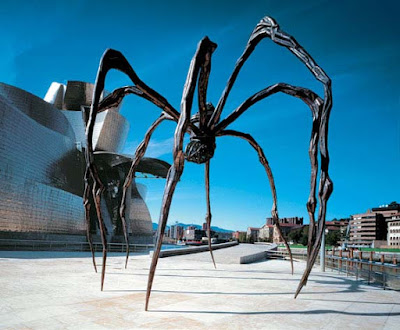 Maman by Louise Bourgeois
Spider Sculpture outside the Guggenheim Museum, Bilbao, Spain
"Art is not about art"
+ + +

Artist and sculptor, Louise Bourgeois, born in Paris December 25, 1911, died at home May 31, 2010 at 98 years old. She began her career as a draftsman at 12, providing drawings for the missing pieces of tapestries for her families business. At 15 she studied mathematics at the Sorbonne, then began studying painting at the École du Louvre and the École des Beaux-Arts, later working as assistant to Fernand Léger. After moving to the U.S. with her American husband, art historian and Director of the Museum of Primitive Art of New York, Robert Goldwater, she studied at the Art Students League of New York.

Illuminating article. I can feel the frustrations both in her words and from first-hand experience. Her dignity and perseverance are inspiring. Thank you for sharing!

Wonderful thing to hear. To me, its like an entire essay in five words.

ohh.. i can't believe !
i am so "in loved with her" !
her work was one of the firsts i learned to love when i was younger .
and i have here a picture of the Arch of Histeria on my studio .

thank you for this post Elizabeth .
wonderful being able to read this now .

i had to read this twice .
i think i am goimg to print and keep it under my pillow with my Bible :)

Ah Elizabeth these are the posts that brighten my life and inspire my very depths. The real people never fail to fuel the drive to push further ahead. Wonderful post! Thank you.

Isn't that, the photo, marvelous!!! Inspiring! And likewise her and her art, her vision. Her truth.

Read the book years and years ago, and has stayed with me ever since.

Ladie with the balls.I am in Love from ever to ever

Another great interview. Art isn't about Art. I love it.
Kathy

Such a great interview. She is such a fascinating character...

Thanks for posting this interview. She speaks truth.

Very motivating interview. I have shared it with my friends hope they will also motivate.

Hi! Thanks for the great information you have provided! You have touched on crucial points! penny auctions