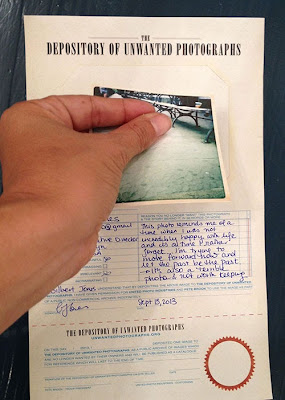 The question “What is your best photo?” is not an unusual one. When asked to pick out a single image they absolutely treasure, people generally don’t hesitate. A snap of their children, a Polaroid of their parents, a formal pose from precious life event, or perhaps even a photograph with the prescribed artistic balance of composition, contrast and exposure; or dictated by emotional memory or technical concerns.

But what about the question, “What is your worst photo?” To put it another way, what photograph of yours is obsolete, worthless, old news or just plain bad? Which single photograph of yours would you like to officially state on the record as unwanted?

Pete Brook is a freelance writer and curator, lead-blogger for Wired Magazines Raw File, and author/editor of his own Prison Photography journal. 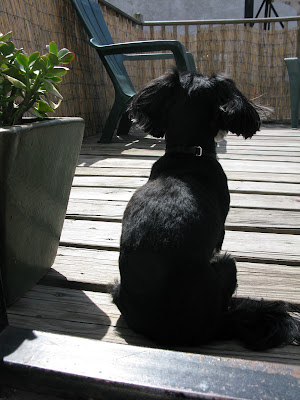 
Having recently purged my iPhoto Library to gain GB's (except for a few "choice" published images) I didn't have much to submit to Pete's brilliant project except one of way too many photos of my dogs - officially declared TDOUP for breaking Pete's rule "No dog photographs".
Posted by elizabeth avedon

It could be the start of a new file in our own private photo library!
A great "project share."

:D quite the idea

I just want the cutecute dog to turn his head so I get to see his beautiful face :)

Fascinating! Somehow the idea reminds me of Larry Sultan and Mike Mandel's book "Evidence" which they culled from the file cabinets of companies.

Ah but one person's worst might be something another will likely totally be happy to have - depends on where that bar is, no? ;)