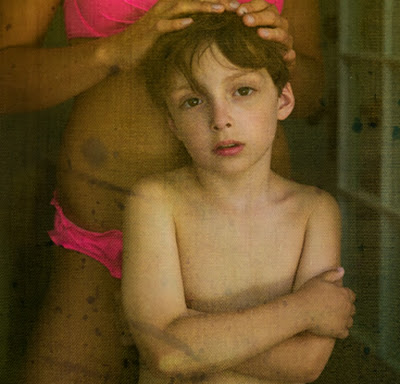 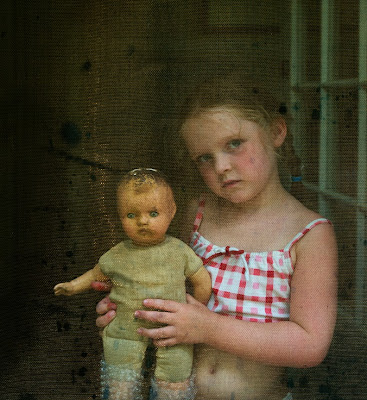 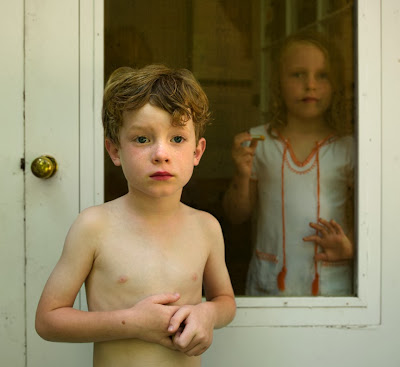 "I'm interested in the idea of the barrier. Who or what is in front or behind; who is in the dark and who is far away -- buried, even, behind this decaying screen." –Jessica Tampas

Jessica Tampas' latest series, Color, Summer, Screen, was recently shown at FilterPhoto's 2013 Festival. Building on her prior b&w series, Lucid, Tampas continues to photograph the children vacationing in the lake cottage community in South West Michigan where she and her own family have spent the last five summers. By now, the area's children have grown, and are taking on stronger identities, and we want to know their names. CC, Brooke, Conner, Orly, JP:  no longer small, they confront the viewer languorously, honestly, inquisitively. The additional use of color adds a heightened sense of their presence. 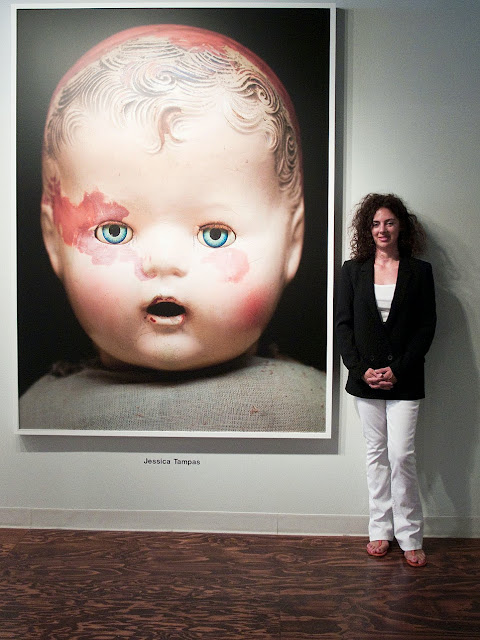 Unbroken: "People often want to know the history behind these dolls. Who were their previous owners? How did they come to look the way they do? Do I collect them, alter them? My approach to creating this series is far more subjective. I never set out to become a collector, per se (though by now I've amassed more than 100 early- and mid-century dolls), and I don't alter them in any way. Frankly, I'm not so concerned with these dolls' history, even if I play an important role in it, giving them a longevity they probably never expected to have. For me these little beings are simply heartbreaking creatures, typologies of survival and loss, and, I suppose, ultimately, psychological portraits of something inside myself that I might not otherwise be able to express as an adult. We have all weathered emotional traumas in the transition from childhood to now. By not altering the dolls, I let their faces tell their own story -- one that I feel is ultimately about what it means to be both fragile and a survivor, and…human."