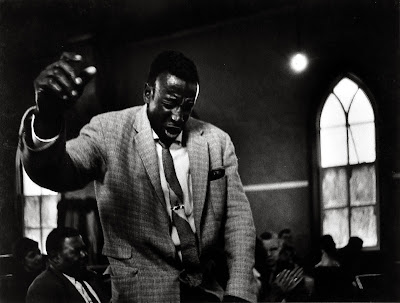 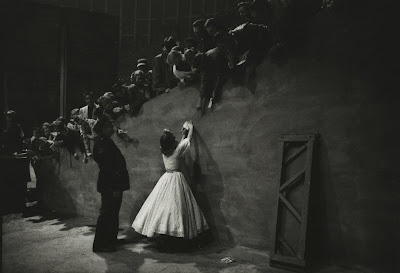 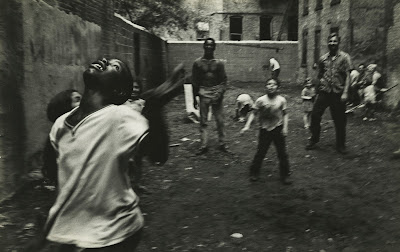 "James Karales (1930 - 2002) graduated from Ohio University with an M.F.A. in photography in 1955. His first job was as an assistant to W. Eugene Smith where he learned darkroom skills from the master. Early in his career, his work began to attract attention, most notably from Edward Steichen, the director of photography at the Museum of Modern Art in New York, who purchased two prints. Beginning in 1960, Karales was a photographer for LOOK magazine for 11 years, and became known for his landmark essays on Dr. Martin Luther King Jr., who granted him unprecedented access to his family. When LOOK closed in 1971, Karales became an independent photographer. His work is in the collections of The Museum of Modern Art and the International Center for Photography in New York."

"James Karales’ photographs of the Civil Rights movement put him on the photo world map, but some of his other major themes are the focus of an exhibition at Howard Greenberg Gallery to December 14, 2013. While his iconic image of the Selma to Montgomery march are on view, the exhibition delves deeper into his lesser-known surveys of the integrated mining community of Rendville, Ohio; logging in Oregon; and the aftermath of the Andrea Doria disaster. Many of the images were taken for LOOK magazine and are on public view for the first time. The exhibition includes work from 1956 to 1969." 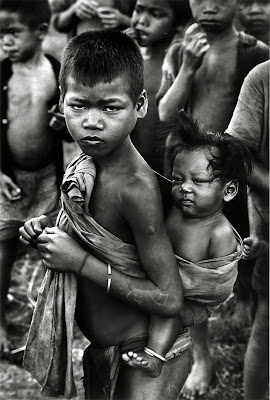 Vietnam, 1963
Gelatin silver print; printed c.1963. Signed, titled and dated with "Vintage 1-2" in pencil, photographer's stamps on mount verso. Courtesy of the Howard Greenberg Gallery. "In 1965, Karales traveled to Vietnam to photograph the U.S. Special Forces, where he told the story of the war though faces of the people. A 1963 image shows a young Vietnamese boy carrying a baby on his back in a cloth sling."
BOOKS

The exhibition of work by James Karales coincides with the publication of a new book by Steidl, with text by Vicki Goldberg, Howard Greenberg, and Sam Stephenson. The book, James Karales, aims to show that Karales’ stature as a photojournalist and social documentary photographer par excellence is based on much more than one image from Selma.

Another book published earlier this year, Controversy and Hope: The Civil Rights Photographs of James Karales (The University of South Carolina Press, April 2013), includes a forward by Civil Rights leader Andrew Young, who was Dr. Martin Luther King Jr.’s aide. He writes, Karales’ images reveal “the complexity of emotions intertwined with the hopes and hardships of the struggle.”