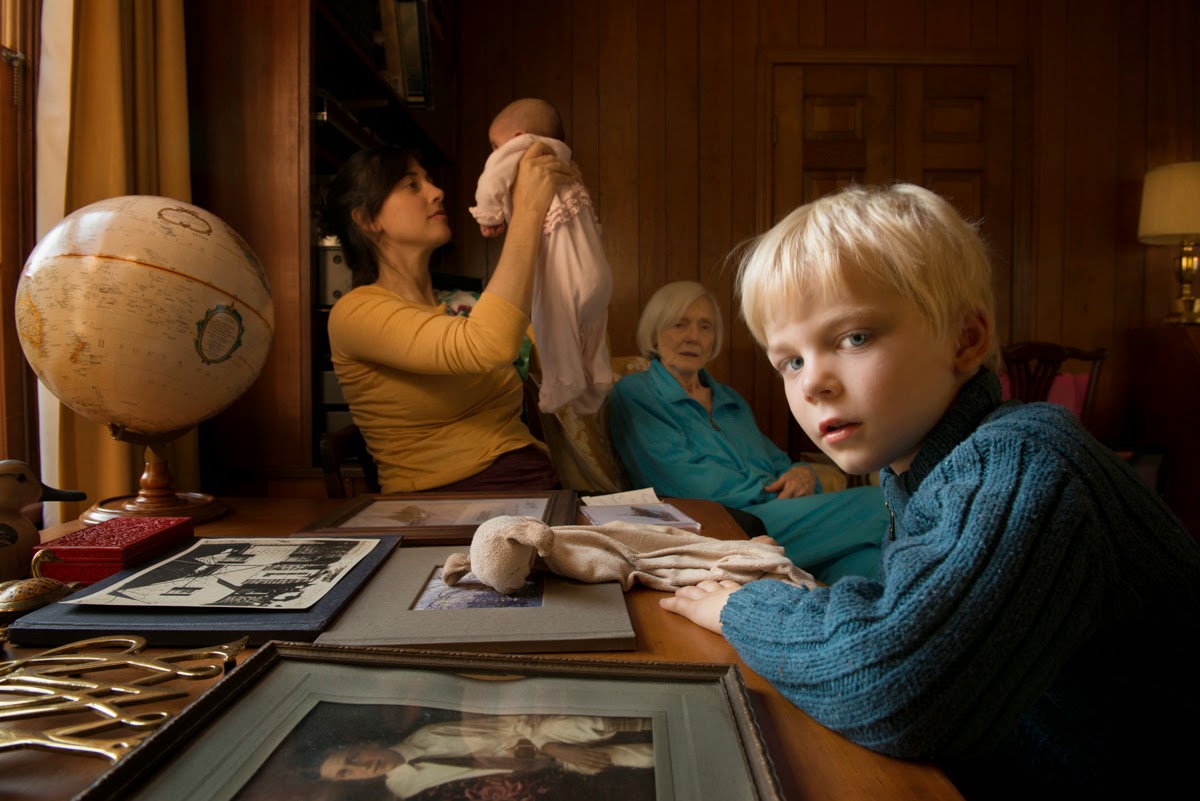 Marshall with Family and the World, 2013
Photograph © Jessica Todd Harper 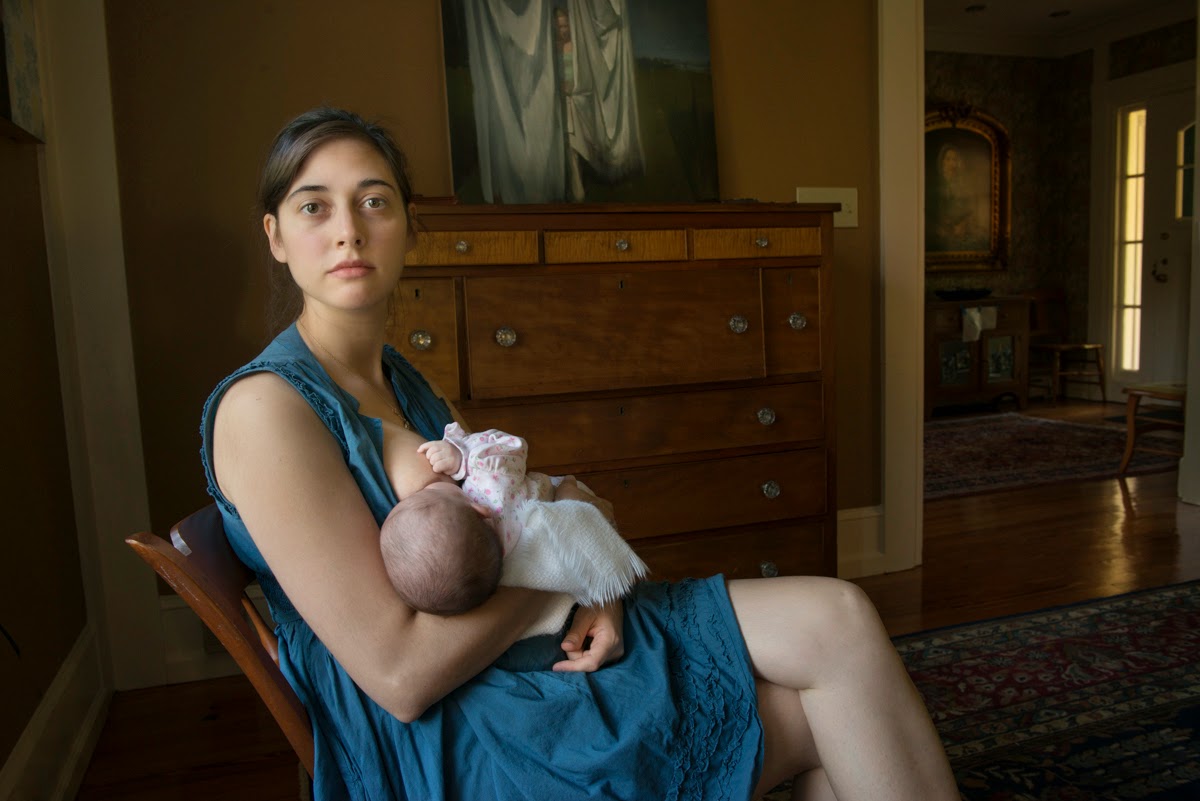 Coinciding with the release of her second monograph, The Home Stage (Damiani Editore), Jessica Todd Harper will be featured in her first solo exhibition at Rick Wester Fine Art, opening November 6th. Her first monograph, Interior Exposure (Damiani, 2008) firmly established Harper as an insightful, intelligent and talented photographer of the domestic documentary genre in the vein of Emmet Gowin, Larry Fink and Tina Barney. The Home Stage picks up where Interior Exposure leaves off, a sequel to a family’s story where the first installment’s introduction of the characters laid the foundation for further expansion, empathy and examination. As the title implies, the images in The Home Stage are theater, an image play that opens onto a world described from scene to scene. 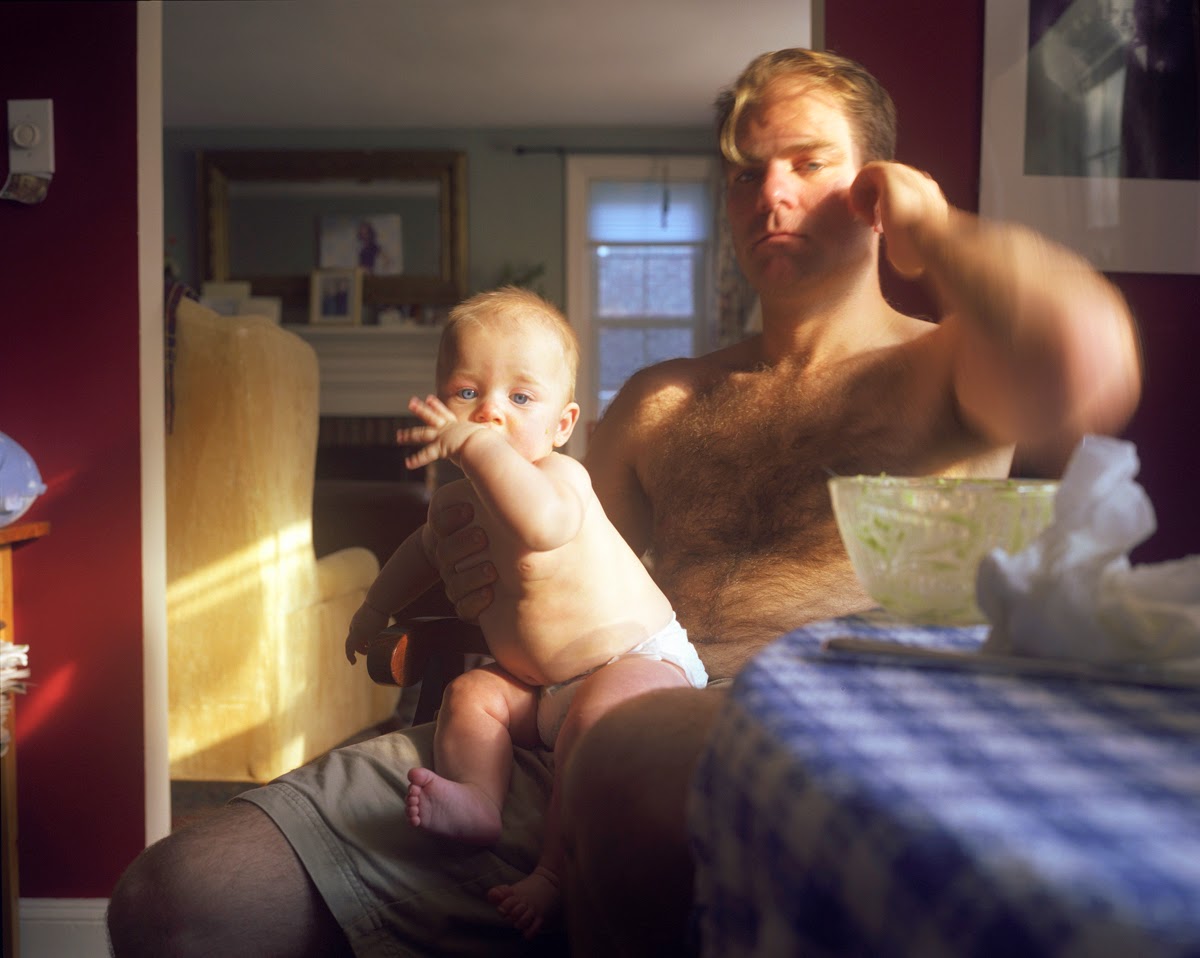 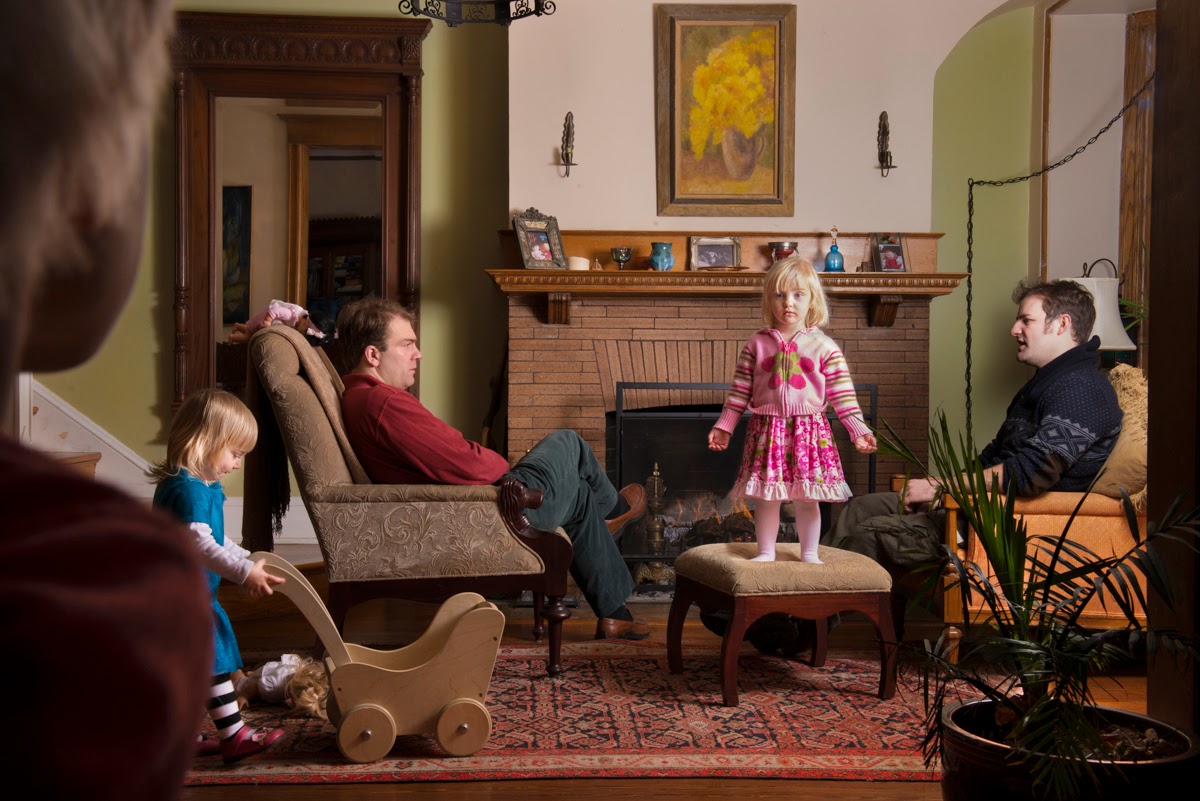 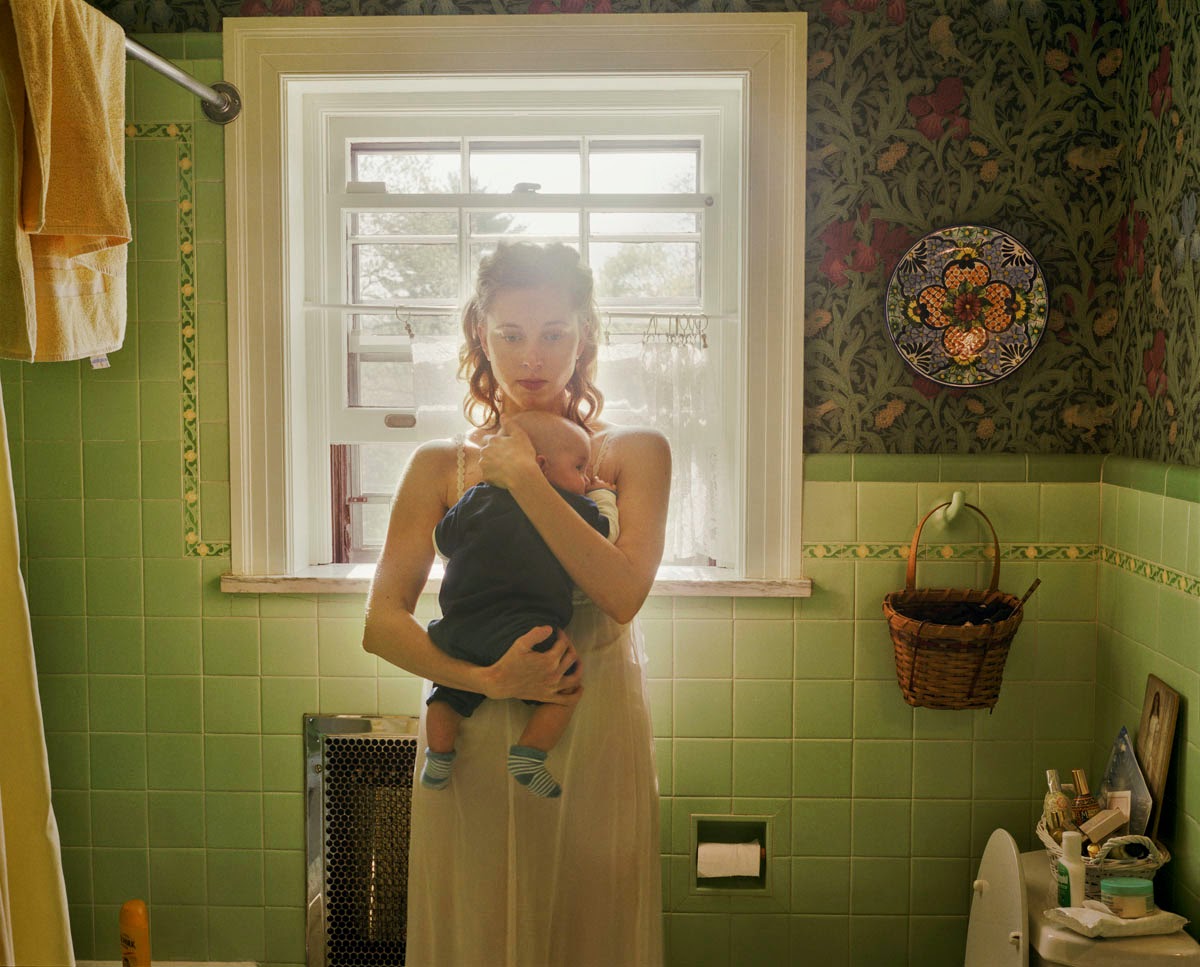 
The first sign of development is there are far more children in the latest body of work. The photographer herself has become a mother of three, her sister has given birth to a daughter and several friends’ and relations’ children appear. Harper writes in her A Note from the Artist that the book came from “the overwhelming sense that when we became parents Chris and I had entered into an alternate and strange world.” It may be in this acknowledgment that the groundswell of appreciation stems. Despite the distinctive and patrician environments where the images are executed, The Home Stage conveys a universality of familial connection. The young parents may look haggard and worn at times but there is also a stillness of acceptance and revelation in their faces that sometimes resembles religious paintings. This other worldliness is drawn out in all who face Harper’s lens, whether it is the artist shown in Madonna-like contentedness, or her 5 year old son gazing into the camera with a preternatural knowingness. Light, bathing each scene, is a cinematic thread throughout, itself a character that drives the photographer’s motivations.

Counterpoints arise. Harper’s sense of time ranges from the past, through the present and into the future. Ancestors appear in painted portraits hanging while their descendants are immortalized as well. The present state of the family is clearly described as Harper revels in the people and places of her immediate life. The future of the clan is never far off frame. Harper’s husband, Chris, has a grounded intensity whether holding his wife or his children. Meanwhile, the numerous photographs of Harper’s beguiling sister are a leit-motif, a subplot, that like the subject for much of the book, is pregnant with possibility. (Text courtesy of Rick Wester Fine Art) 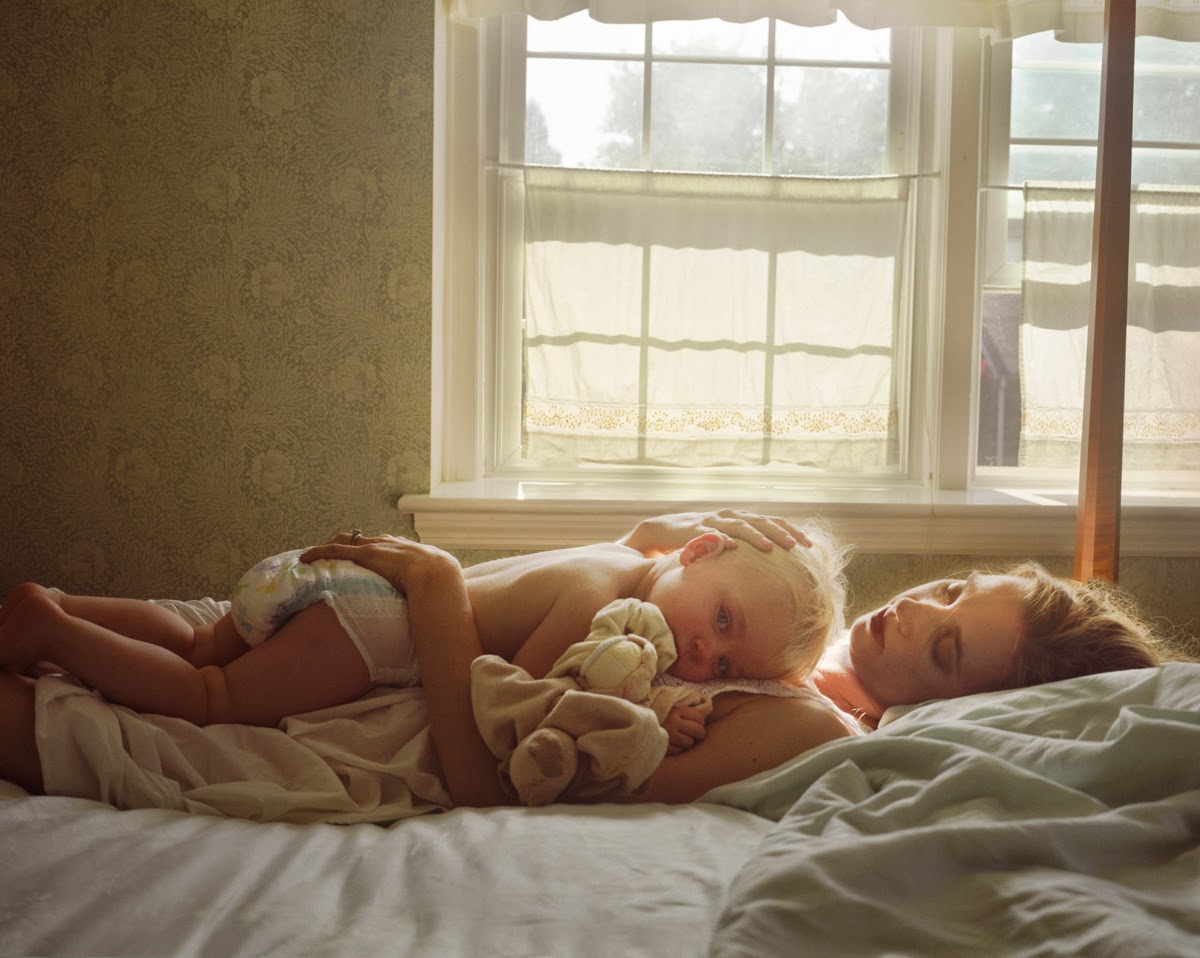