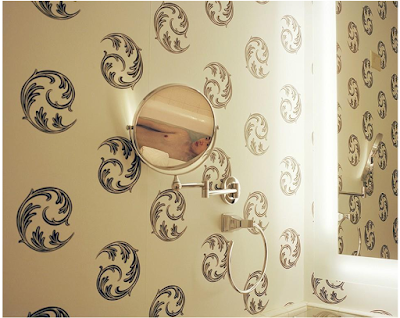 Mirror, from his series, One Land To Another
Photograph © Xu Guanyu

I met Xu Guanyu while I was a Portfolio Reviewer for the 7th Annual Filter Photo Festival in Chicago. However, I had chosen his image, Mirror from his series, One Land To Another, as an Honorable Mention in the upcoming "Illuminate" show I juried for The Center For Fine Art Photography opening December 4th in Fort Collins, CO. “Mirror" was also chosen as Directors Honorable Mention by C4FAP’s executive director, Hamidah Glasgow.

"My works are the investigation of my experience of being an Asian gay man in the United States. I use self-portraits, staged photos, and landscapes to explore my struggle of being both a homosexual and a homophobic person. Through my art practice, I question the norm set by the hegemony, including race, sexuality and ideology."

"Born and raised in a conservative family in Beijing, I feared to admit that I’m gay until I came to the United States in 2014. Fortunately, I had chance to experience the global vision through access to the Internet. On the one hand, I learned knowledge of sexual preference. On the other hand, I received the representation of hetero-normative from Hollywood movies. Furthermore, through the Internet, I witnessed the debates between Chinese political and cultural ideology and Western ideology led by the United States. Among these conversations, I found out that I have always been trying to seek and identify a better world, not only as a gay man, but also as a human being."

"The self-portraits of my death not only expresses the inequality of gay men in this world, but also reveals my self-denying and self-hating under the problematic society, which includes both China and U.S. My photographs of people that I find through the online dating apps expose my current situation with other gay men in the States. I examine the racism and discrimination in the white-dominated gay world, the worship of masculinity and the pervasive misogyny in the world. Furthermore, my landscapes of China and America juxtapose hope and apathy as I document  paths to finding a utopian space further complicated by my changing of geographical location as well as psychological movement. The mobility of my practice enables me to interrogate the world."

While at Filter Photo Festival, I reviewed over 60 photographers portfolio’s and/or book projects. I'll try to post as many as possible over the next month or so.
Posted by elizabeth avedon