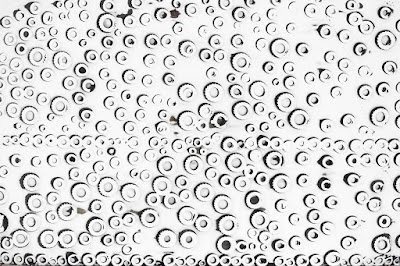 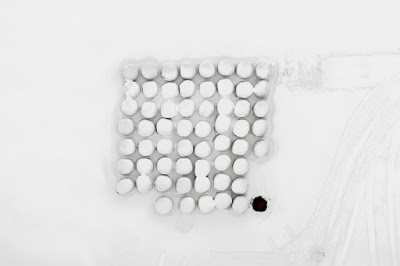 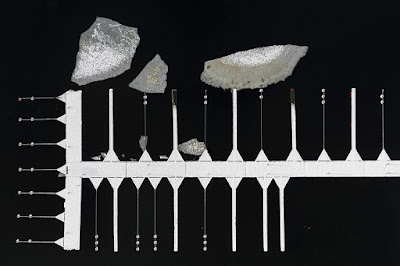 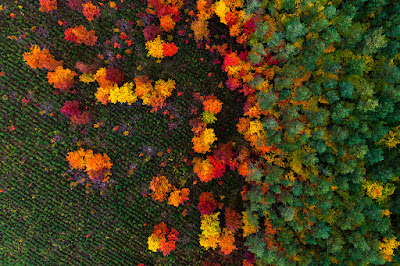 Before Kacper Kowalski was a fine-art photographer, he was a pilot . . . and before he was a pilot, he was an architect. So perhaps it’s not surprising that he looks at the world the way an architect looks at his blueprints: from the top down. Of course, in these days of drones and Google Earth, it’s hard to bring people a landscape they haven’t seen before. Which is precisely what makes Kacper’s pictures so remarkable: From his paraglider, 500 feet above the earth, he turns everyday locations into striking ethereal scenes, capturing a symmetry, drama, and dreaminess we didn’t know was there.

We’ve all seen the work of high-flying aerial photographers who travel to exotic locations and bring us back bird’s-eye images of the Great Wall, Great Pyramids, or Great Barrier Reef. But Kacper made the decision long ago to uncover beauty in the humble forests, working farms, and industrial landscapes within driving distance of his home in Gdynia, Poland, a port city on the Baltic Sea. And so he obsessively crisscrosses the area, often during the coldest, most forbidding days of winter when he has the skies to himself.

When I was the editor of LIFE magazine, I was continually nudging the staff to “show us something we’ve seen before in a way we’ve never seen it.” This is actually incredibly difficult, and yet Kacper does it with each image. He can photograph a place we might pass every day, but compose the picture so masterfully as to render it as a never-before-seen abstraction—a visual puzzle open to interpretation. That sense of surprise is one of the reasons I love curating his work: Sometimes you have no idea what you’re looking at even while it feels incredibly familiar. Holding those two sentiments at the same time is exhilarating. In that way, Kacper’s pictures are like moon rocks: prosaic in one sense and at the same time absolutely alien and absolutely thrilling.

Kacper’s previous project, Side Effects, focused on the friction between mankind and nature, and the discordant beauty that that conflict reveals. His latest work, a series titled Over, looks at the land after that struggle has been decided; he captures the traces of mankind upon a quiet Earth where you feel the presence of humans but never quite see them.

Kacper’s photographs (as well as his book, Side Effects) have been honored with numerous awards, and his work has shown everywhere from Paris and Beijing to Copenhagen, Vienna, and Moscow. But his exhibit opening at The Curator Gallery this week is only his second in the United States, and I feel fortunate to be able to bring seen-it-all New Yorker's a little something they haven’t seen before.  – Curator, Bill Shapiro

Kacper Kowalski’s photographs have been honored by World Press Photo (2009, 2014, 2015) and Picture of the Year International (2012, 2014, 2015, 2016), among many others. His first book of photography, Side Effects, received awards from Photo District News and the Moscow International Foto Awards. He lives in Gdynia, a port city in northern Poland.

Bill Shapiro served as the Editor-in-Chief of LIFE, the legendary photo magazine and, later, as the founding editor of the award-winning website LIFE.com.  He is currently the Director of Editorial & New Business Enterprises at Fast Company and sits on the Art Advisory Board for the SXSW festival.

Love this work! We showed it at photoville a few years back!

I love aerial shots when they are abstract! These are wonderful!