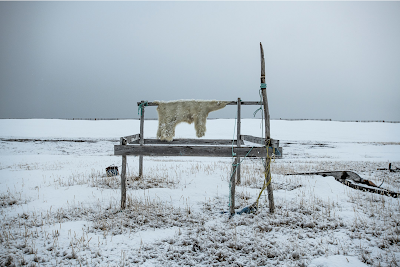 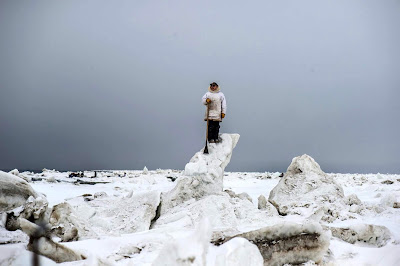 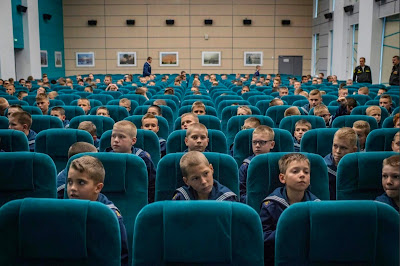 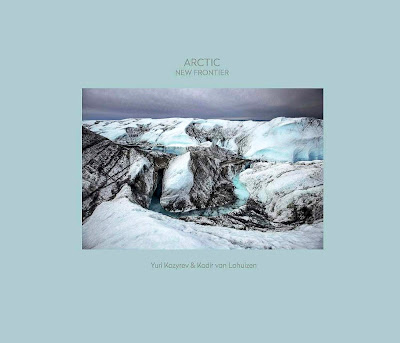 One of the most important books to come out this year! Co-laureate’s Yuri Kozyrev and Kadir van Lohuizen traveled almost 10,000 miles collectively across the Arctic to investigate the irreversible changes that are taking place in the region. With a text by Jean Jouzel, chair of The 9th edition Prix Carmignac jury, climatologist, winner of the 2012 Vetlesen Award and co-winner of the 2007 Nobel Peace Award as Director of the IPCC, this book is such a success that the distributor is almost out of the first edition after one month.

A Must-Read about this important work here. An exhibition of this work will be showing at Saatchi Gallery, London in May  2019. Purchase on Amazon here and at the Albertine Bookshop,  972 Fifth Ave. New York, NY. 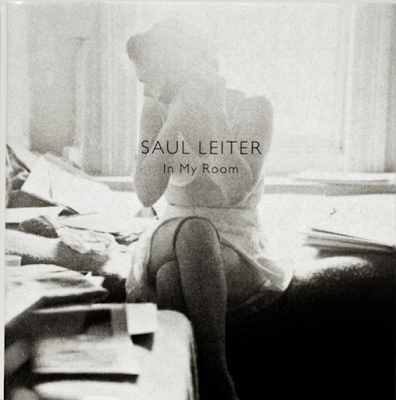 In My Room
Photographs by Saul Leiter. Text by Robert Benton.
Steidl, Germany, 2018


"Recent discoveries from Saul Leiter’s vast archive, In My Room provides an in-depth study of the nude, through intimate photographs of the women Leiter knew. Showing deeply personal interior spaces, often illuminated by the lush natural light of the artist’s studio in New York City’s East Village, these black-and-white images reveal a unique type of collaboration between Leiter and his subjects." 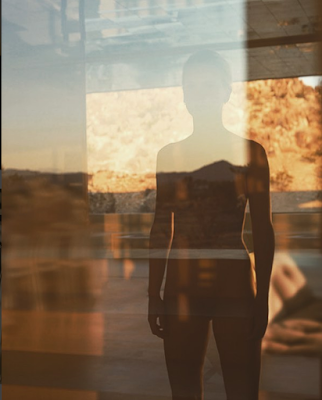 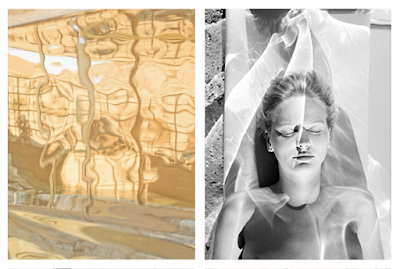 
She Disappeared into Complete Silence was photographed in a glass house, on the edge of Joshua Tree National Park,  where the golden light enters unobstructed. Conceptually speaking, this glass house with mirrored ceilings was an extension of my own camera and optics.

I was drawn to the desert because of its magical light and raw mystic landscape. The house itself is a minimal structure held mostly together by glass, built by architect Robert Stone. These translucent surfaces offered a great setting for reflections and at times worked as a prism for the light.

Together with a long time friend Jacintha, we experimented with reflections, shadows, illusions, and created images that push the boundaries of representation. I wanted to escape the body and photograph the human presence coming in and out of evidence, at times over exposed, at times hidden in shadows, like a desert mirage, a solitary figure who could have been the very first or last.
– Mona Kuhn 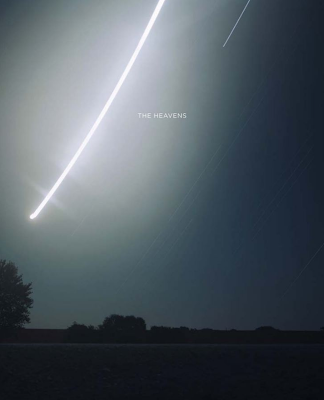 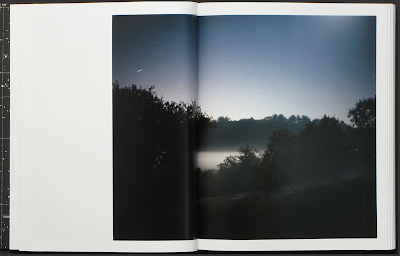 Barbara Bosworth focus’s on the Sun, the Moon and the Sky in The Heavens. "Made over the past several years with an 8x10 camera, the star images are hour-long exposures with the camera mounted on a clock drive so that the stars are rendered as dots instead of streaks. The sun and moon images are made with a telescope attached to Bosworth's camera. The book also includes facsimile editions of three artist's books that Bosworth has made as a nod to Galileo's 17th-century publications in which he first observed the skies through a telescope." 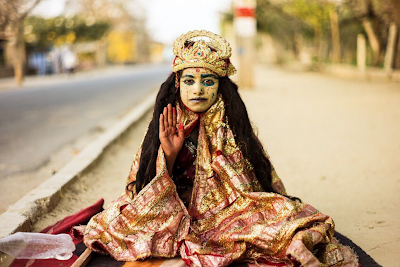 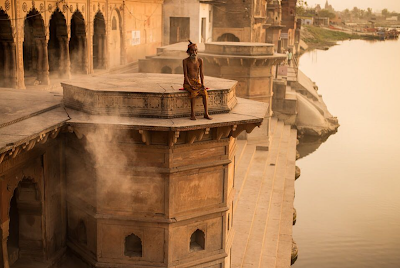 "Serpent in the Wilderness is a visual exploration of yoga that emerged from photographer Andy Richter’s personal practice and experience. After studying yoga for years, he decided to use his medium – photography – to search for the essence of the teachings. For more than half a decade, he traveled to places that are historically relevant to yoga’s past and others that embody its living present, documenting a variety of yoga traditions with many of the world’s great saints and yogis. The book reveals hidden layers and rarely seen dimensions of a profoundly spiritual path and way of life, from ashrams and caves throughout India to living rooms across America." Purchase here


I've found it difficult to be impartial when it comes to Andy Richter’s collection of exceptional photographs of yogi’s, yogini’s, sadhu’s’s, students and monk’s. Shot mostly in India, along with New Mexico, California and Beijing – and beautifully photographed, beautifully designed, and beautifully printed –  this book awakens the heart and inspires the mind. Sat Nam. – EA 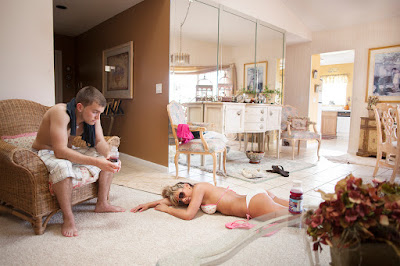 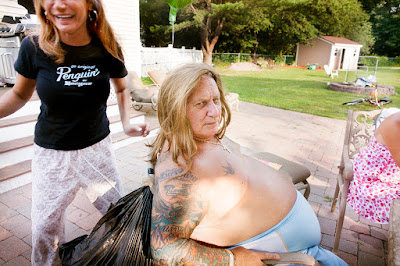 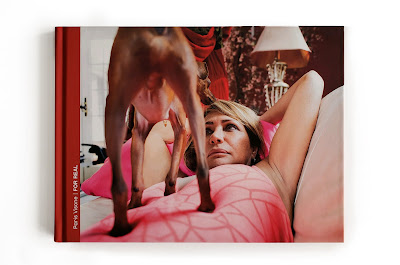 "The publication of For Real marks the first time that Paris Visone's photographs that bridge the gap between commercial photography and fine art. 61 images with a foreword by photographer Cig Harvey, For Real presents intimate portraits of famous musicians and Visone’s own family, blurring the lines between private life, fame, and public persona. In her photographs, Visone portrays her family and friends as rock stars while presenting renowned rock musicians with the intimacy of friends and family." 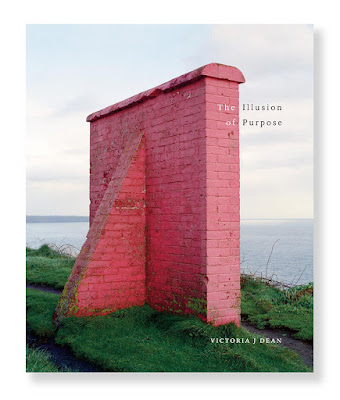 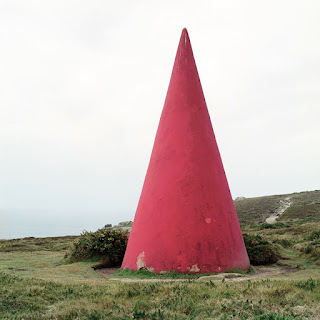 
VICTORIA J DEAN
The Illusion of Purpose
Another Place Press 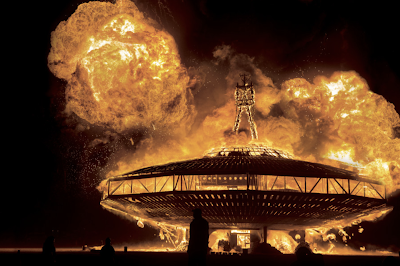 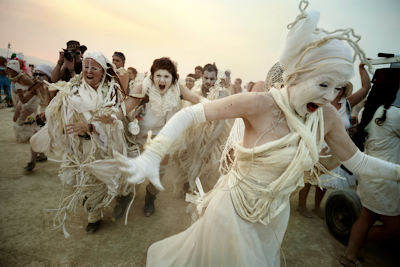 "Danish photographer and director, Anders Overgaard, gives a rare insight into the famed Burning Man Festival that takes place in Nevada’s Black Rock Desert with his latest book, Nothing Left Behind. Through his inspiring and daring images, Overgaard's limited edition photo book of the annual festival unites pictures and words in a poetic narrative about the bond that occurs between people, music, art and fashion. Stories and quotes are included from P.Diddy, Frederik Bockhahn, D.J Pierce, Maor Cohen and Overgaard, himself." Take $20. off with code AOXMAS here 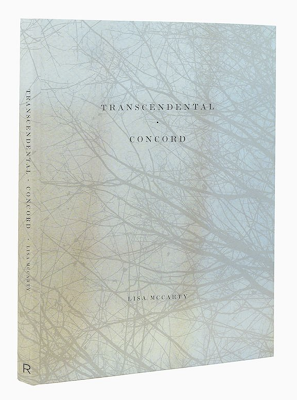 
I chose Lisa McCarty's book Transcendental Concord several months ago to include, however photographer Lauren Henkin wrote a beautiful statement about it recently on Photo-Eye Bookstore's 2018 Best Books list:

"Transcendental Concord is a beautiful meditation on Transcendentalism, photography and visual poetry. The book design, printing, scale, and material selection are handled with such care by Radius Books, that the viewer is left to fully engage and succumb to McCarty’s imagery and the accompanying text of Rebecca Norris Webb and Kirsten Rian. It’s a rare combination that feels unrushed — like the research and work that led to the creation of the book took years to slowly simmer"
– Lauren Henkin, Photo-Eye Best Books 2018 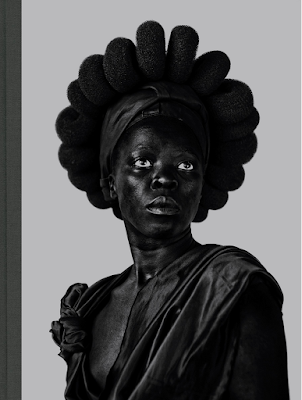 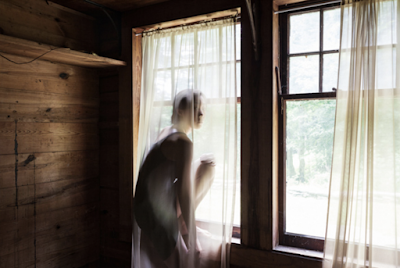 Re-membrance of the Remembrance, is a visual reconstruction of memories of the photographer Hye-Ryoung Min's 70 journal entries that she has written steadily since her childhood, already in the collections of the Museum of Fine Arts Houston (MFAH), the Griffin Museum of Photography, Stanford University Libraries and the National Library of Korea. 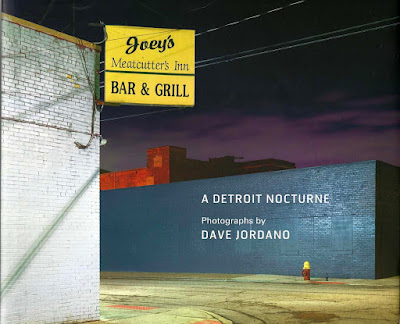 
In a continuation of Dave Jordano's critically-acclaimed Detroit: Unbroken Down (powerHouse Books, 2015), which documented the lives of residents, Detroit Nocturne is an artist's book not of people this time, but instead the places within which they live and work: structures, dwellings, and storefronts. Made at night, these photographs speak to the quiet resolve of Detroit's neighborhoods and its stewards: independent shop proprietors and home owners who have survived the long and difficult path of living in a  post-industrial city stripped of economic prosperity and opportunity. 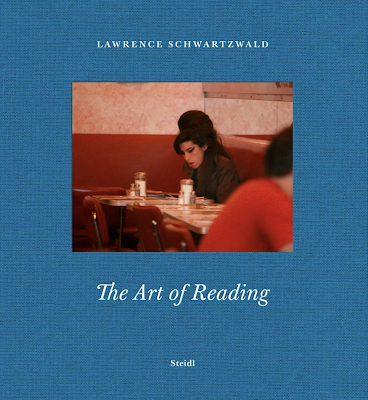 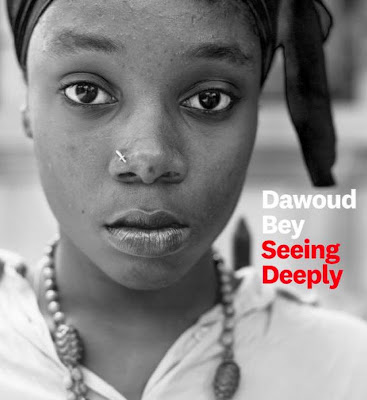 
Recipient of a 2017 MacArthur Foundation “genius grant,” Dawoud Bey has created a body of photography in Seeing Deeply that masterfully portrays the contemporary American experience on its own terms and in all of its diversity. 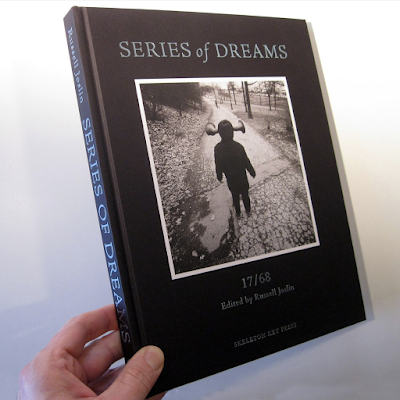 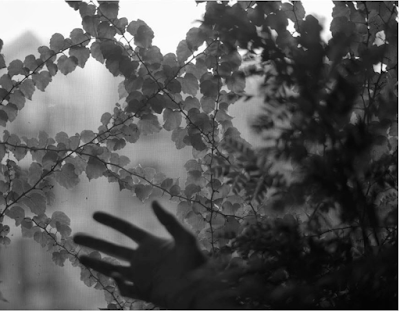 “Series of Dreams” is a beautifully printed volume features 157 striking and memorable works by artists from around the world. Now 25% off in the month of December. To order. 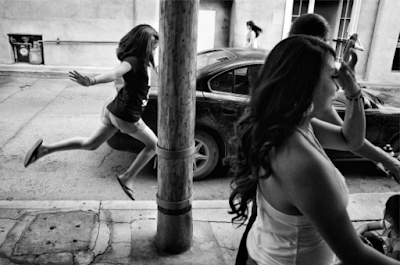 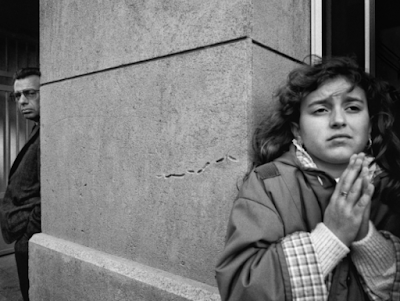 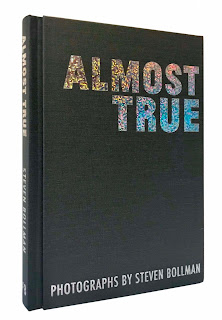 Almost True, draws from over three decades of work from many different projects. 81 black and white photos in nine groups, diverse images that tell their own story but, through the magic of sequencing, offer new stories. The images were taken in Cuba during Fidel Castro's time, at religious processions in Sicily, and during the elections in Haiti in 1987, plus street photos from  Mississippi, New York, Oakland, Portland, Santa Fe, Seattle, Italy, Portugal, and Spain.

There were more photography books this year than ever before!


If it's in RED it's a link.
Many descriptions are from the publishers promo's.