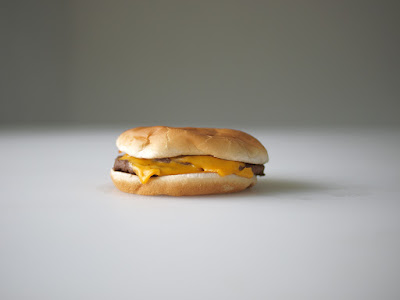 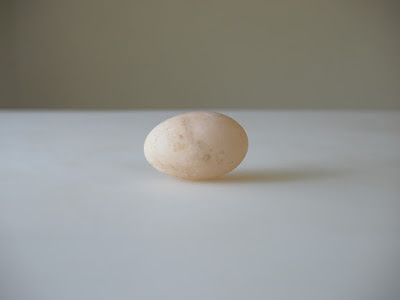 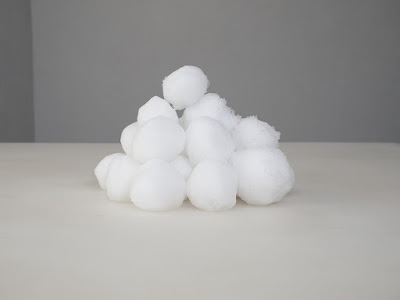 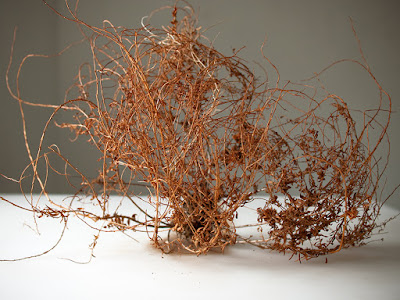 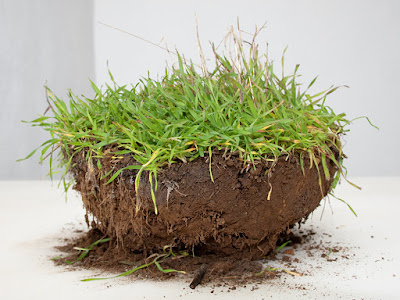 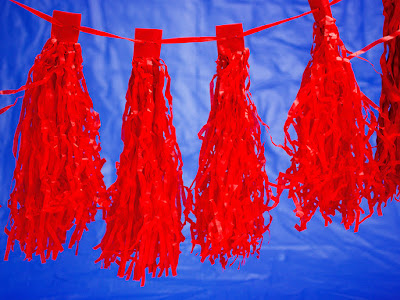 Photographer, writer and educator, Jonathan Blaustein, is asking for your support to help publish his new limited edition photography book that is about to go into production with Yoffy Press in Atlanta.
Check out Jonathan's KICKSTARTER and View his Video for full details on how to support this project by purchasing a book and/or a limited edition print (images above) in the next 11 days.
Extinction Party
www.kickstarter.com 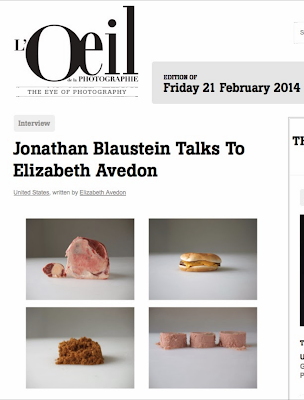 My 2014 Interview on L'Oeil de la Photographie / The Eye of Photography with Jonathan Blaustein about this project in it's earlier stage just before an exhibition of this work opened at The Harwood Museum of Art in Taos, New Mexico:

The Eye of Photography
Jonathan Blaustein Talks To Elizabeth Avedon

“I’ve lived in cities on both coasts, and have found that the man-made landscape leads people to over-consider the power of humanity…. When you’re staring at skyscrapers all day, and traveling via underground train or high speed elevator, it’s easy to overestimate our capabilities.”– Jonathan Blaustein

Jonathan Blaustein is an artist, writer, and educator based in Taos, New Mexico. His photographs have been exhibited widely in the US, and reside in several important collections, including the Library of Congress, the Brooklyn Museum, and the Museum of Fine Arts, Houston. He also writes about photography for the New York Times Lens blog and APhotoEditor.com, and has taught at the University of New Mexico-Taos for many years.

His series, “The Value of a Dollar,” was published by the New York Times in 2010, and subsequently went viral on the Internet. Ultimately, the conceptual series was seen by millions of people around the world, creating dialogue about the manner in which food represents deeper issues of wealth, class, power and health.

Opening February 22, Blaustein‘s photographs will be part of a three person contemporary art exhibition, “The Mindless Consumption of Animals,” at the Harwood Museum of Art in Taos, New Mexico.

I spoke with Jonathan recently about his work and his upcoming exhibition:

Elizabeth Avedon: We first met several years ago during CENTER’s Review Santa Fe, while you were working on what eventually became your very successful series, “The Value of a Dollar.” Please explain your works point of view.

Jonathan Blaustein: My point of view is informed by my background and my experiences, like anyone else. “The Value of a Dollar” was a project that was born out of my obsession with food, many years in the restaurant business, my conceptual art training, and my economics education.

The Great Recession was imminent, as I was shooting the project in early 2008, and I began to pay more attention to how much healthy food costs. When I started buying less fruit, berries in particular, because my income was dropping, I felt that it was something worth exploring.

Furthermore, where I live in the American West, there are semi-trucks and billboards everywhere, showing these lacquered up, shiny Fast Food hamburgers. Everywhere, we see artificial visions of what we eat. And that visual language is a huge driver for America’s obesity epidemic.

Eventually, I got the idea to go shopping for food, as a part of my artistic practice. I’d buy things, based upon their aesthetic and symbolic potential, and then measure out $1 of each item, before photographing it on my stark studio table. I wanted to make up my own visual language that examined the incredibly complex underpinning of the global economy, via a simple and clean image style.

I photographed everything without any artificial lighting, packaging, or styling, so that the food items could stand alone and speak for themselves.

EA: And you followed this series with “MINE”?

JB: Sort of. I actually spent a year and half working on a cultural landscape project in Southern Colorado. But I had a hard time making the pictures what I wanted them to be, so I put that to the side.

In 2011, I got the idea for “MINE,” which felt like a proper follow up, once “The Value of a Dollar” had been so well received. Like a lot of artists, I wanted each project to make sense in an evolving continuum.

After commodifying my food, I wanted to take a look at another primary element of human existence: territory. I actually live on 3.5 acres of land at the base of the Rocky Mountains, and it’s filled with all sorts of nominally worthless natural resources. Rocks, trees, grass, flowers, snow, ice, and, of course, animals.

The concept of private property gives me the right to do whatever I choose with that which is “MINE.” So I decided to turn those natural artifacts into art, in my studio, and then photograph them. In that way, the process was much like “The Value of a Dollar”. I went shopping for free nature on my land, rather than food in a grocery store.

EA: How did that work lead to your latest project “The Mindless Consumption of Animals.”

JB: Well, I put a lot of effort into turning “MINE” into a solo show in Santa Fe over the course of 2012. And then, once it opened, I kind of abandoned my studio. I write from home, and teach at the University in town, so I began to spend less and less time in my photo studio after the massive production of the “MINE” exhibit.

Unfortunately, my studio was pretty expensive, for a small town. So eventually, I realized I needed to give it up. It was costing too much, and I’ve got two young children. It seemed like my priorities needed a re-ordering.

The studio was filled with crap. Piles and piles of waste paper, and worthless objects that I’d accrued over 8 years time. Facing it all, it seemed so daunting.

Then it struck me that I could photograph my junk, and imbue it with value through the artistic process. So it connected perfectly with the two previous projects, which were based upon presenting my own resources, and using them to make grander statements about life in the 21st Century.

Since I was excited about mining the trash for goodies to photograph, it made the process of culling through the clutter kind of a fun game. Each day, I forced myself to take at least one full trash bag out of there, so the piles gradually shrunk.

And then I was left with a blank space, and a trove of images to cull through.

EA: You studied Economics and History at Duke University. What led you into Photography?

JB: In retrospect, I got a decent education at Duke, but I was miserable the whole time. Eventually, I learned I had enough credits to graduate early, so I came to hang out here in Taos, where my folks had moved. During that semester, I began to explore my creativity for the first time, and felt like there was something out there for me.

After college, I worked on a couple of movie productions in New York, before deciding to move back here to the mountains. Just as I was leaving on a solo, five day, cross-country drive, I bought a few rolls of black and white film for a little point and shoot I owned, but never used.

It was just a random idea, and I still don’t exactly know where it came from. But I was hooked within minutes, and shot hundreds of images along the way. By the time I got to Texas, I jotted in a notebook that I wanted to be a photographer. That was it.

So I threw myself into it, and studied undergraduate at UNM in Albuquerque, before a stint in San Francisco. Then I went to Pratt in Brooklyn, where I got my MFA. It’s been 17 years since I picked up a camera, and I still can’t believe how it all turned out.

EA: What inspired you to move to New Mexico?

I loved it from the very beginning. I met my wife while I was in Albuquerque, and she was born and raised here. Her folks live here, as do mine, so it was a natural place to settle down and raise a family.

I’m glad I grew up in New Jersey, because the East Coast does impart a certain drive in most people. But since I came here at such a young age, it’s become home in a way that Jersey could never be. The sunshine and the landscape are most definitely addictive.

EA: Were you always so environmentally or economically concerned or has this developed since living on the land in New Mexico?

JB: That’s a great question, Elizabeth. The answer is that my time here has informed the way I think about the manner in which humans interact with the planet. It’s inescapable, as I see a two million year old extinct volcano out one window, and the Sangre de Cristo Mountains out the other.

I’ve lived in cities on both coasts, and have found that the man-made landscape leads people to over-consider the power of humanity. It can’t be helped. When you’re staring at skyscrapers all day, and traveling via underground train or high speed elevator, it’s easy to overestimate our capabilities.

I definitely didn’t set out to make political work, or work with an environmental bent, but those themes crept in while I wasn’t looking. And then, when this exhibition opportunity arose, it gave me a chance to consider the deeper roots of my artistic practice.

EA: How did the upcoming exhibition come about?

JB: I spend most of my time showing my work, and engaging with community outside of Taos, because our art scene is a little insular, and perhaps regional. But I struggle with that, as I’m a big believer in the power of community in general.

Early last year, the Harwood curator Jina Brenneman reached out, and said she wanted to get my work on the wall, to introduce it to Taos. It’s the best museum north of Santa Fe, by a long margin, so I was very excited. They have an amazing collection of Agnes Martin’s work, and it draws a good crowd.

So I decided to find a through line in my work from the last six years, and lo and behold, the environmental themes were right there. As Jina pushed me to try do say something unique, I thought hard about how to best present what I’d been working on.

Eventually, I decided that as the new work was about “repurposing” my trash, I’d repurpose my older work alongside it. There will be a grid of four meat pictures from “The Value of a Dollar,” for instance, but for this show, it’s been retitled as a single piece called “Cow farts cause Global Warming.”