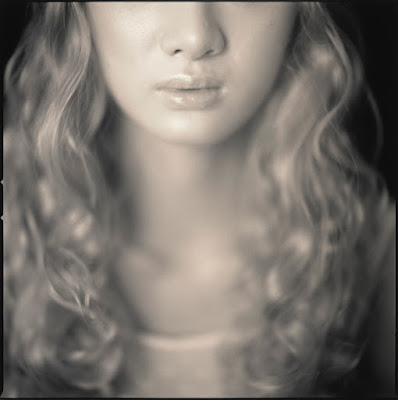 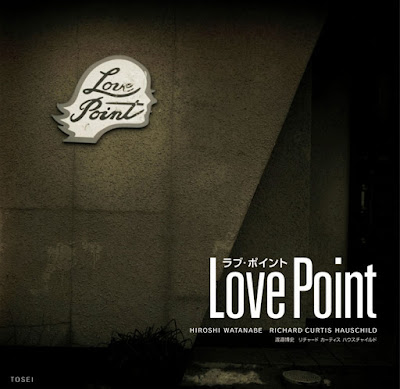 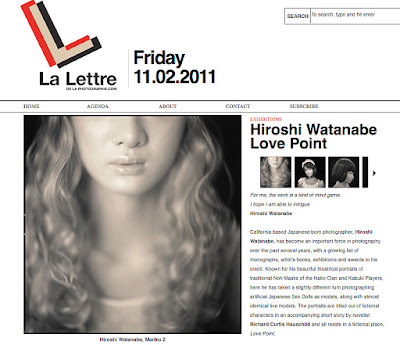 
"I took the photograph of a bar, Love Point, a few years earlier in Japan. I liked the sign and its design. I used it on the cover in order to confuse the readers. When the show opened in Japan, a newspaper article appeared saying that the show is about a real place in Japan where men play with real women and dolls. For me, the work is a kind of mind game. I hope I was able to intrigue."– Hiroshi Watanabe


Japanese-born, California based photographer, Hiroshi Watanabe, has become an important force in photography over the past several years, with a growing list of monographs, artist's books, exhibitions and awards to his credit. He's known for his beautiful theatrical portraits of traditional Noh Masks of the Naito Clan and Kabuki Players (Hiroshi Watanabe, La Lettre de la Photographie, Jan 17, 2011) 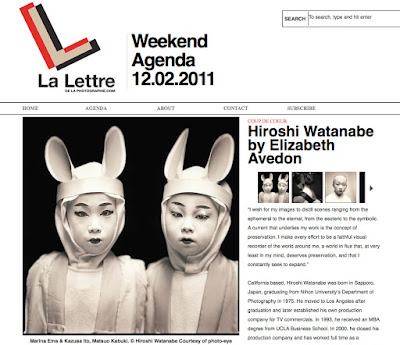 
....though here he has taken a slightly different turn, photographing artificial Japanese Sex Dolls as models, along with almost identical live models. The portraits are titled out of fictional characters in an accompanying short story by novelist Richard Curtis Hauschild and all reside in a fictional place, Love Point.

"The dolls are very expensive sex dolls (about $5,000). They are human size with real joint movements, soft skin, and weigh just like a woman. As in US and Europe, there are people in Japan who live and sleep with these dolls in lieu of wife or girlfriend. US dolls are more realistic in a way, but Japanese dolls are cuter and adorable (my opinion)."

"After I photographed the dolls, I photographed real human models dressed similarly. I wanted to puzzle and confuse what is real and what is not. Of course, one can tell the difference once he/she knows there are both. I could have made them more same and thus indistinguishable if I manipulated the images digitally, buytI kept them as they are on the film. I wanted to raise a question about perfectly (and easily) manipulated digital images that we see now everywhere."


“Love Point” was a collaboration of many. Hiroo Okawa of 4woods created the dolls which gave Watanabe's photographs their mysterious charm, along with the work of make-up artist, Kyoko Owada, stylist Hiromi Chiba, and models, Mariko Masu and Hiroko Sato. Richard Curtis Hauschild, “Bulldog”, wrote a strikingly original short story with the inspiration he received after looking at Hiroshi Watanabe's photographs. Kunihiro Takahashi of Toseisha belief in the work prompted an “I will publish it” response on the spot when shown the photographs, with book design by Satsuki Ishikawa. And more recently, Chris Pichler of Nazraeli Press, published the U.S. version, One Picture Book #66: Love Point (Nazraeli Press, 2011). – Elizabeth Avedon, La Lettre de la Photographie