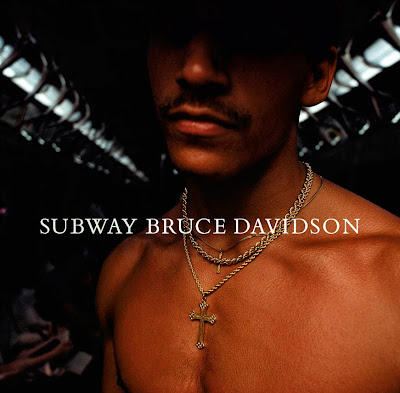 Subway, Photographs by Bruce Davidson. Aperture, 2011
Intro by Fred Brathwaite. Text by Bruce Davidson
Afterword by Henry Geldzahler
ELISABETH BIONDI
Curator and Visuals Editor at The New Yorker Magazine for 15 years
"Two books, both probably because I have been loving their photography for such a long time. One a classic, one just published. Bruce Davidson's, Subway, pictures so strong, they possess me and are burned into my memory, then as now. And Alex Webb's, The Suffering of Light, poetry in pictures, the light & the dark of life captured by a photographer with a unique vision & daring composition." 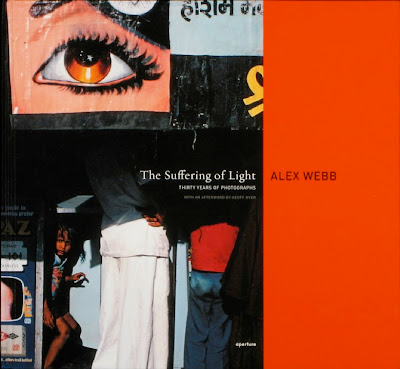 CLINT WILLOUR
Executive Director and Curator, Galveston Arts Center, Galveston, TX
"My choice is the University of Texas Press's re-envisioned new publication of Keith Carter's "From Uncertain to Blue." Nearly 25 years after the publication of Carter's first book, the entire project has been re-visited and re-designed with a new essay by Keith Carter and new notations by his wife Pat." 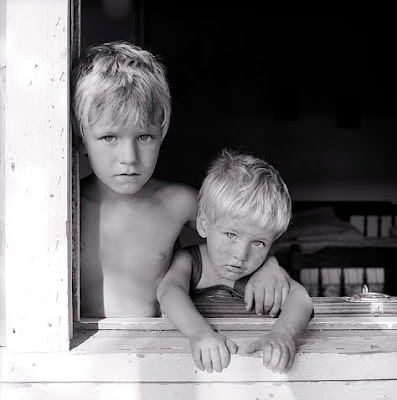 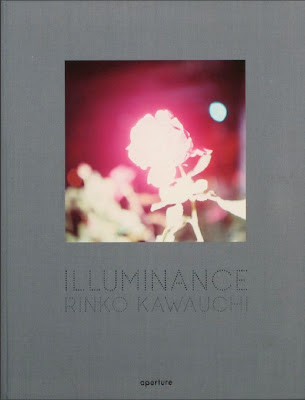 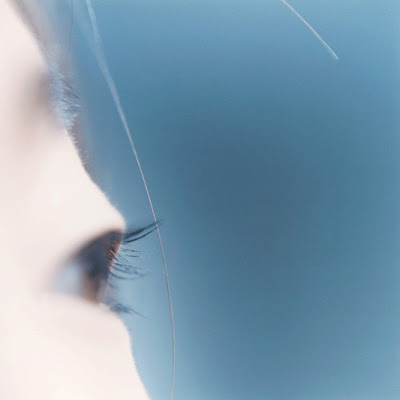 Photograph (c) Rinko Kawauchi
SEAN PERRY
Fine Art Photographer, seanperry.com
"I was introduced to Rinko Kawauchi's work by filmmaker/photographer pal John Decker. I love this book, for it's unexpected structure and deceptively simple presentation. I find her images and elegant palette a pure, clean sugar high – just gossamer and considered. This book makes me smile and I can feel the colors long after I have set it down." 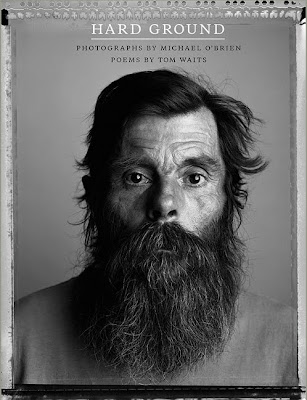 "I confess being partial to this work having had the privilege of seeing the prints before the book. I have long admired the confident grace in Michael O'Brien's portraits, how they invite conversations in my mind with his subjects. When I pick this up I spend a lot of time looking at each page, never quickly – the work keeps you. I have heard rumblings that Jace Graf at Cloverleaf Studio & Press will soon produce a wicked, boxed limited-edition from the first printing, I want one."
seanperry.com
FAIRGROUNDS | Cloverleaf Press, Austin 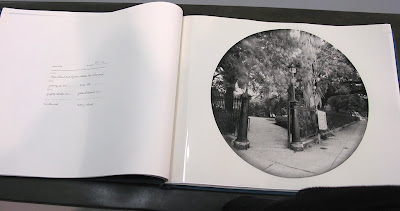 Tooth For An Eye, Photographs by Deborah Luster
Twin Palms Publishers, Santa Fe, 2011
PETE BROOK
Lead-blogger for Wired.com's Raw File.
Author of Prison Photography on the Road.
Pete is currently on a 12-week journalism road-trip across America. He chose Deborah Luster's A Tooth For An Eye: A Chorography of Violence in Orleans Parish. "Luster explores the city in a new way, creating a compelling portrait in the form of a photographic archive of contemporary and historic homicide sites. Following on from her first book, Prisoners of Louisiana, Tooth for an Eye explores the themes of loss and remembrance in a series of tondo photographs that offer an opportunity for the viewer to enter deeper into the idea of the city, a place where life and death coexist, neither free of the other’s influence."
Read Pete's Blogpost: ‘ONE BIG SELF’ by Deborah Luster: “You Are An Invisible Population. What Do You Want To Say To The World?” –Pete Brook, Prison Photography on the Road. 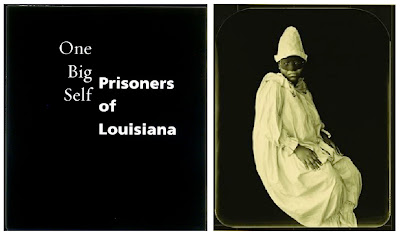 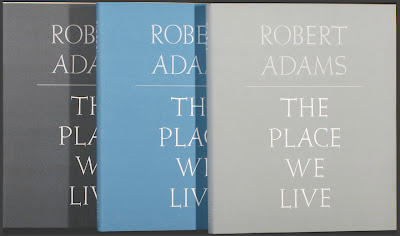 The Place We Live, a Retrospective Selection of Photographs, 1964-2009
Photographs by Robert Adams. Yale University Press, 2011 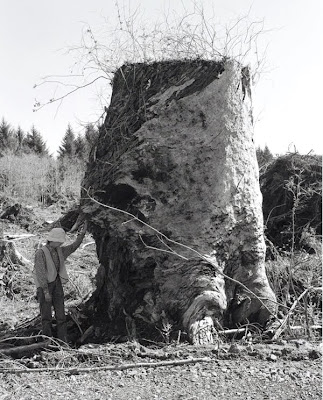 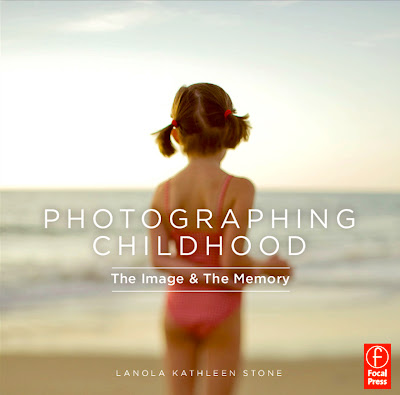 Photographing Childhood: The Image and the Memory
By LaNola Kathleen Stone, Focal Press, 2011

KATRIN EISMANN
Chair, MPS Digital Photography Dept, School of Visual Arts
Photographer and Author
Photographing Childhood: The Image and the Memory (Focal Press, 2011) by LaNola Kathleen Stone is thoughtful, inspiring, and unexpected. The book features an historical homage; an insightful timeline of childhood; useful information on lighting and image management; and most importantly highlights a wide variety of contemporary photographers and photographic approaches to frame and focus on the fleeting moments of childhood. Smart, beautiful and poignant! 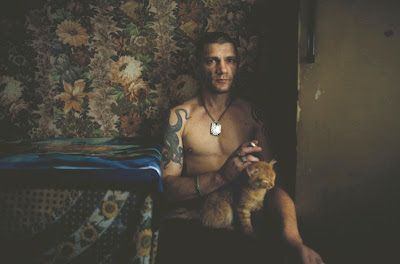 MELANIE McWHORTER
Manager, photo-eye's Book Division for over 14 years
Independent writer + curator for photo-related projects
Donald Weber's Interrogations illustrates Weber's love for this temporary home of the ex-Soviet Union and the bureaucracies and inequalities that still exist and often impede "progress". It is presented in three chapters: Prologue, which shows some images of daily life; Interrogations, portraits of those confused, distressed and scared citizens being questioned by the authorities; and finishes with Epilogue by Larry Frolick and Donald Weber, text which further illustrates Frolick and Weber's love for the Russian citizens and their role in this project: "letting the denied tell their stories through you." The book is wrapped in a textured printed paper which mimics one of the wallpapers of the interrogation rooms and is stitched with one thread in the center. The uncut text block allows a play on design, the "creep" extends way beyond the cover. This element is clever design, but feels as though it may also be commentary on the character of those unseen in the second section. It is finished with a cardboard slipcase. So simple, but so intense. 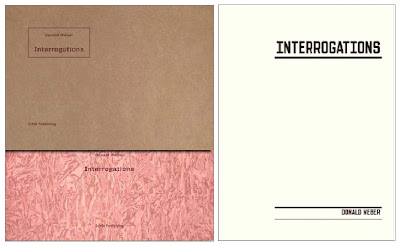 Interrogations, Photographs by Donald Weber. Schilt Publishing, 2011
Last year, Graciela Iturbide was able to actualize a long-awaited project with work she produced in Mexico City between 1974 and 2009 and Rome in 2007. Iturbide's images make Rome feel like Mexico. The book is a small perfect bound object printed on a warm paper and wrapped in gray cover with simple adhesive labels that Iturbide bought in Bolivia adorning the exterior of the back and front covers. Each label displays the title and photographer's name written with the photographer's hand. With her multiple personal touches, each book a unique object. This book is modest, unassuming and sweet. 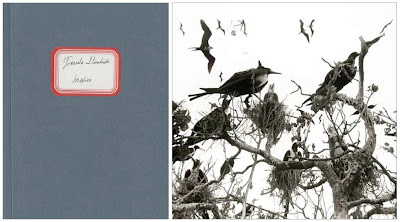 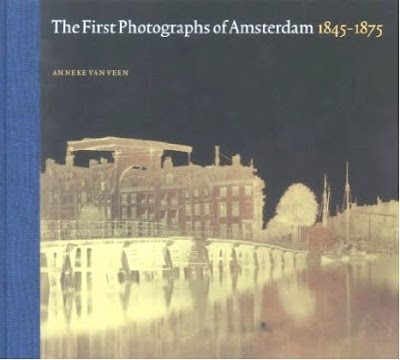 I enjoy books that take me into areas of photography that I've not seen before and The First Photographers of Amsterdam 1845-1875 is a catalog of the exhibition with the same name held at the Amsterdam City Archives 1 April - 27 June 2010. There are many surprises here with documentary series of lock construction, a pink tea set decorated with photographs and the waxed paper negatives of Benjamin Brecknell Turner. Not an obvious choice but one I'll return to. 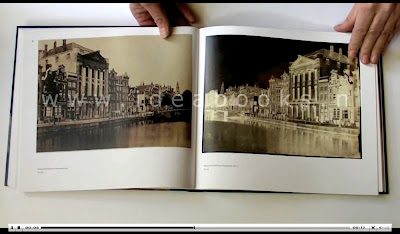 I'd like to suggest Geolocation by Nate Larson and Marni Shindelman. http://tinyurl.com/clahf9k

Love the covers of the books you posted. Very seductive. Makes me want to go out and acquire them all!!

wow, what a generous selection. well... not generous, but complete, these books deserve to be on this list.
Thank you for this all and sharing these titles. It helps a lot to focus on what books to go after and what artists to pay attention.

I saw Bruce Davidson's show at Aperture and I recognized the imagery having lived in Washington Heights and riding the subway a lot in 1980. His work makes it all look like a beautiful classical painting.