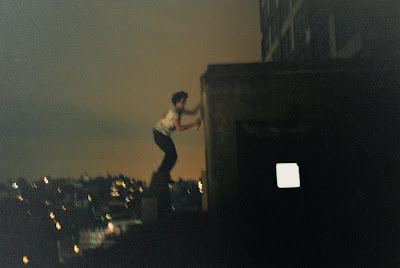 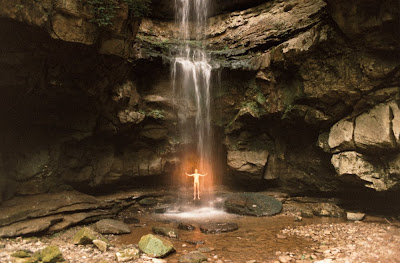 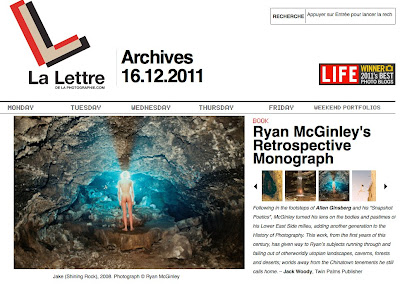 Read All: La Lettre de la Photographie
"Following in the footsteps of Allen Ginsberg and his Snapshot Poetics, McGinley turned his lens on the bodies and pastimes of his Lower East Side milieu, adding another generation to the History of Photography. This work, from the first years of this century, has given way to Ryan’s subjects running through and falling out of otherworldly utopian landscapes, caverns, forests and deserts; worlds away from the Chinatown tenements he still calls home." – Jack Woody, Twin Palms Publisher 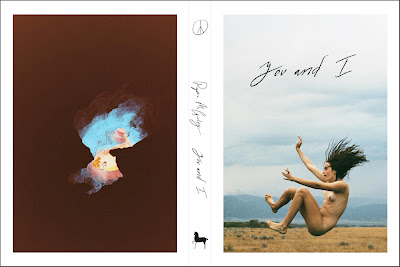 You and I
Published by Twin Palms, 2011
"You and I carefully pieces together a ten-year overview of McGinley's work, resulting in a portrait of a generation. Taking us along on his youthful road trip across America, he incorporates the American landscape with nude figures of friends and acquaintances, perpetually falling from buildings, down waterfalls, out of trees, and over cliffs. McGinley said, "In the beginning, all the stuff was documentary, but after a while, I got bored with waiting for things to happen—for someone to light a Christmas tree on fire or take their clothes off and make love." read more on La Lettre de la Photographie