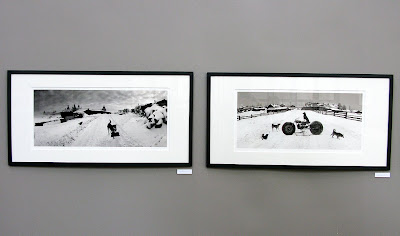 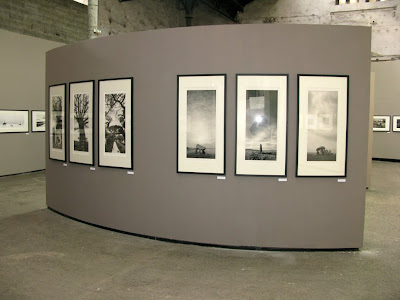 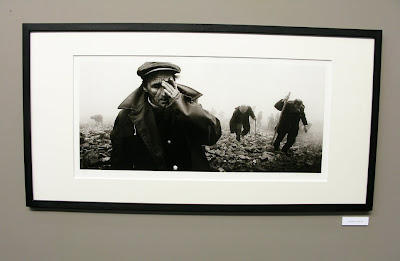 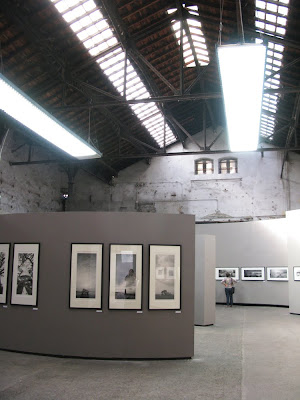 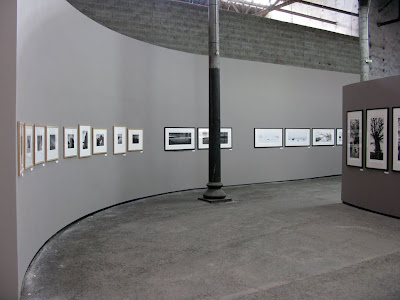 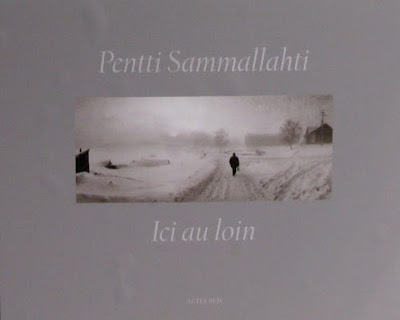 "Pentti Sammallahti's work is a kind of space odyssey. From his viewpoint Earth is no higher than a man or bird, it's white as snow and just as pure. It is oddly peopled with familiar animals who make their way through the solitude of a place as yet undefined. It's a site unfinished to the extent that it's panoramic views frame no space; instead suggest a lateral continuity, a slipping toward somewhere else whether it be a place of ice or mist. Pentti Sammallahti is Finnish, a man of the North. Unable to tolerate either sun or heat, he is perfect connivance with a natural world in which he takes the role of fascinated predator, and whose austerity he sublimates in his work." 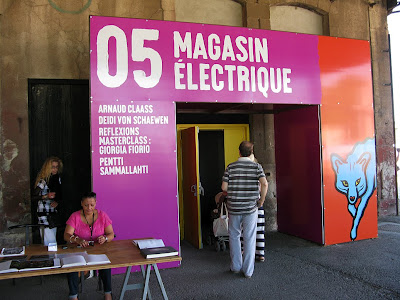 The entrance has the only sign for the Pentti Sammallahti Retrospective, after you enter you are on your own trying to find where it's located. 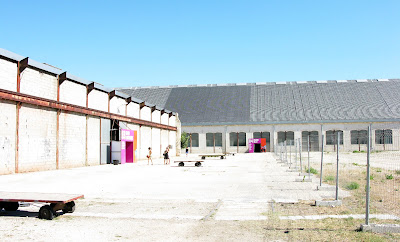 Building #5
The Pentti Sammallahti Retrospective was located in the farthest building from the entrance in this large Industrial Park. No one at the Information desk had heard of this exhibit
Photo-Eye Gallery's Vicki Bohannon introduced me to the work of Finnish Photographer Pentti Sammallahti. Because she passed on her love of Sammallahti's images and exquisite toned silver gelatin prints, I went on a hunt for this exhibition in Arles. It shouldn't have been hard to find, however the persons at the Les Recontres Arles Photography Festival Information desk were impatient explaining where it was located, although there was no reason to be unhelpful - the office was empty, no lines, no crowds, no one else but us. We had to go back and ask a second time as no one could tell us the location they gave us. Second time, just as unhelpful, finally just having a taxi take us. Once at the location, a large industrial park, no one at their Information desk had heard of Pentti Sammallahti and couldn't tell us if there was a show of his work there or not. After we finally saw his name listed somewhere on our own, no one seemed to know which of the five buildings his work was in. After trekking to the farthest-out building, there was an entrance with his name on it, but once inside there was no indication how to find his work which turned out to be up only one of the three different staircases on the 2nd floor. This was one of the most beautiful exhibitions as a whole. Worth searching for and spending time in.

...and Pentti Sammallahti at Photo-Eye Gallery

...more on Arles here and here
Posted by elizabeth avedon

That is exactly what I said to a friend this afternoon. Tagging leaves something to be desired. But let's get lost in Arles!
Perhaps to better discover or rediscover.

Elizabeth, I couldn't agree more and thank you for sharing this incredible work. Was absolutely the LAST exhibition I saw, because of the distant location as you describe, and by far one of the best.