FAKING IT: Manipulated Photography Before Photoshop at The Met 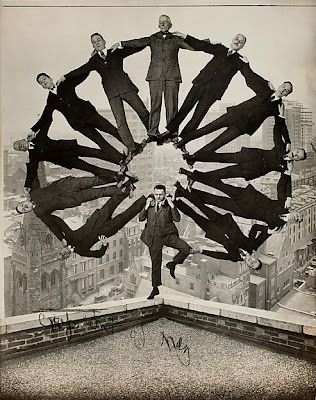 Man on Rooftop with Eleven Men in Formation on His Shoulders
Unknown, American, ca. 1930 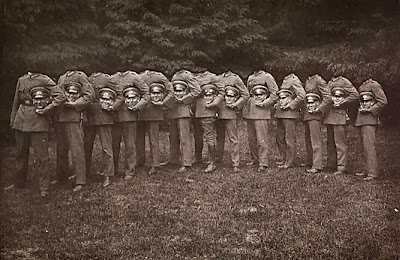 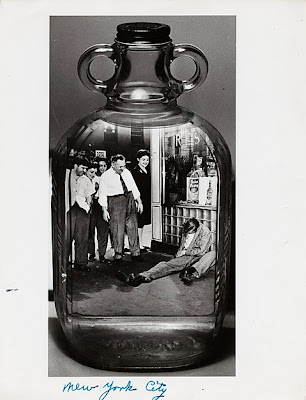 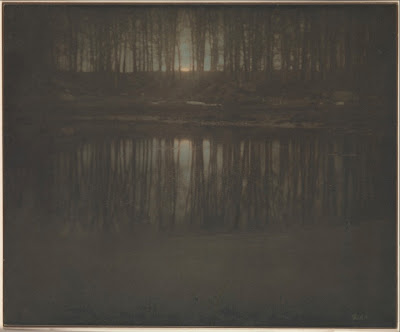 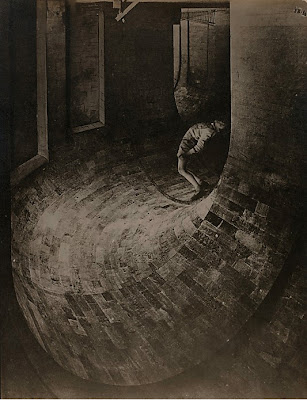 
"Featuring over 200 visually captivating photographs created between the 1840s and 1990s in the service of art, politics, news, entertainment, and commerce, the exhibition offers a provocative new perspective on the history of photography as it traces the medium’s complex and changing relationship to visual truth."

"The photographs in the exhibition were altered using a variety of techniques, including multiple exposure (taking two or more pictures on a single negative), combination printing (producing a single print from elements of two or more negatives), photomontage, overpainting, and retouching on the negative or print. In every case, the meaning and content of the camera image was significantly transformed in the process of manipulation. Faking It is divided into seven sections, each focusing on a different set of motivations for manipulating the camera image. The exhibition was made possible by Adobe Systems Incorporated" –The Met

Faking It: Manipulated Photography Before Photoshop
October 11, 2012—January 27, 2013
The Metropolitan Museum of Art

An addendum to Faking It, After Photoshop exploring various ways in which artists have used digital technology to alter the photographic image over the past 20 years.

Love the pond photo, really special
would love to see the exhibition
anni

love the photo in a bottle...actually they're all amazing considering the medium they were working with