ICP: Rise and Fall of Apartheid 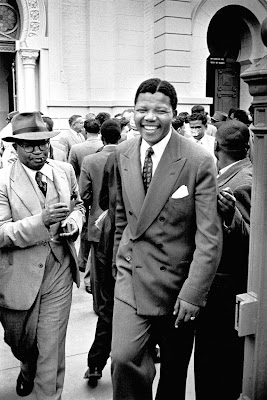 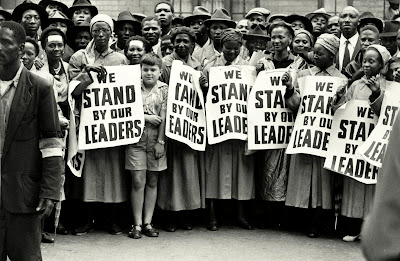 Part of the crowd near the Drill Hall on the opening day of the Treason Trial, December 19, 1956. Unidentified Photographer, Times Media Collection, Museum Africa, Johannesburg. 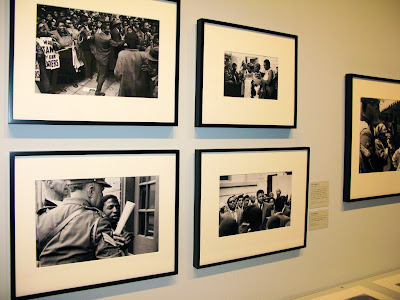 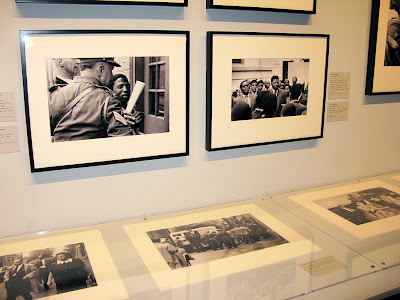 This landmark exhibition includes the work of nearly 70 photographers, artists, and filmmakers; and  encompasses the entire museum, including the exterior windows at The International Center of Photography (ICP). 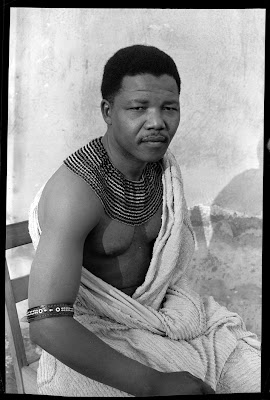 Nelson Mandela portrait wearing traditional beads and a bed spread. Hiding out from the police during his period as the “black pimpernel,” 1961. Photograph by Eli Weinberg, Courtesy of IDAFSA.

"Rise and Fall of Apartheid: Photography and the Bureaucracy of Everyday Life is an unprecedented and comprehensive historical overview of the pictorial response to apartheid that has never been undertaken by any other museum. This exhibition explores the significance of the 50-year civil rights struggle, from how apartheid defined and marked South Africa’s identity from 1948 to 1994, to the rise of Nelson Mandela, and finally its lasting impact on society."

"Curated by Okwui Enwezor with Rory Bester and based on more than six years of research, the exhibition examines the aesthetic power of the documentary form – from the photo essay to reportage, social documentary to photojournalism and art – in recording, analyzing, articulating, and confronting the legacy of apartheid and its effect on everyday life in South Africa."

"Apartheid was the political platform of Afrikaner nationalism before and after World War II. It created a political system designed specifically to promote racial segregation and enshrine white domination. In 1948, after the surprise victory of the Afrikaner National Party, apartheid was introduced as official state policy and organized across a widespread series of legislative programs...the system of apartheid grew increasingly ruthless and violent towards Africans and other non-white communities. Apartheid transformed institutions, maintaining them for the sole purpose of denying and depriving Africans, Coloureds, and Asians of their basic civil rights."

Rise and Fall of Apartheid: Photography and the Bureaucracy of Everyday Life was made possible with support from Mark McCain and Caro Macdonald/Eye and I, The Andy Warhol Foundation for the Visual Arts, the National Endowment for the Arts, Joseph and Joan Cullman Foundation for the Arts, Deborah Jerome and Peter Guggenheimer, the New York City Department of Cultural Affairs in partnership with the City Council, and from the Robert Mapplethorpe Foundation in honor of 30 years of committed ICP service by Willis E. Hartshorn.