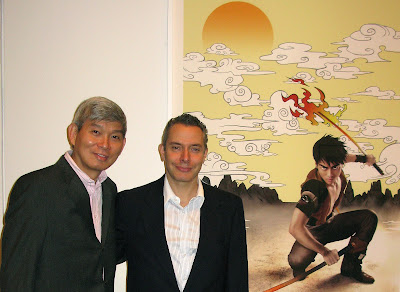 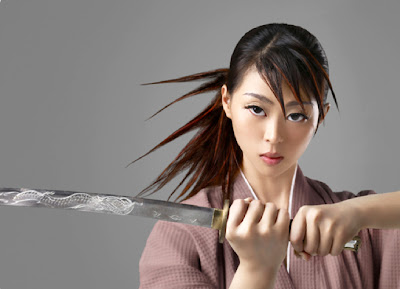 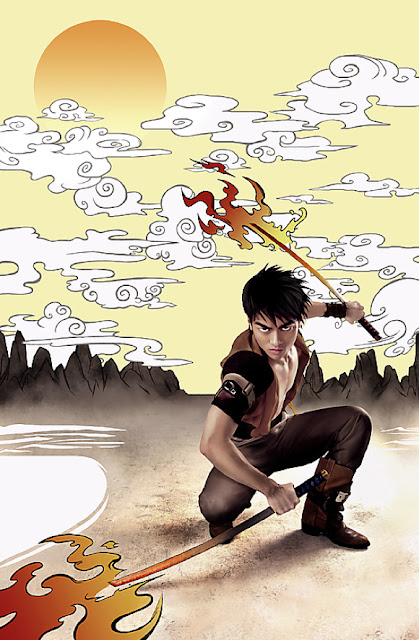 EA: Where did the idea originate for this piece?

Jonathan Anderson: The piece is part of a project called Manga Dreams. The original idea was in 2004, we finally shot the project in 2007 and 2008 and it was released in 2011. It’s based around the influence of Asian comics and Anime movies on youth culture worldwide, not only the Asian diaspora, but increasingly in the West as well. We have particular interest in identity and costume and the projection of self in our work; and this series is part of that.

We created this hybrid world that’s part real, part invented and headhunted people we felt had the spirit of Manga characters inside them, brought them into the studio and helped create new identities for them by negotiation and collaboration with them and this is the result.

This is one of a big series of about sixty works. About half of them are tableaux like this and about half of them are unadorned portraits.
Some of the work was shown in the Venice Biennale last year; there is this piece at the Met and we’ve had solo exhibitions of the project in museums including La Maison Européenne de la Photographie in Paris, in the UK [Sainsbury Centre for Visual Arts] and Canada this year, plus group shows in The Netherlands, Taiwan and Beijing. Works were also acquired by the National Gallery of Australia. There’s going to be a large exhibition in April of 2013 in Rotterdam, The Netherlands.

EA: Where did you two meet?

Anderson: We met in a photographic facility in London 25 years ago October the 12th this year. We’ve been working as the team 'Anderson + Low' for over twenty years. Edwin Low: We submitted some work for the Royal Academy Summer Exhibition. It was quite unique because it was the first time they accepted Photography as an art form in the Royal Academy. The rest is history. Anderson: We thought we’d better take ourselves seriously and carry on, so that's where it all started.

After Photoshop:
Manipulated Photography in the Digital Age
The Metropolitan Museum of Art, NY
September 25, 2012–May 27, 2013