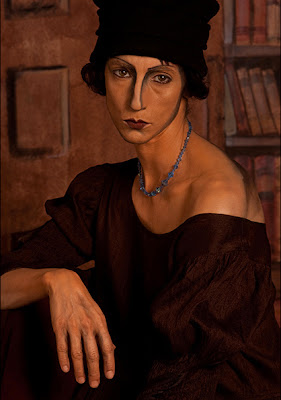 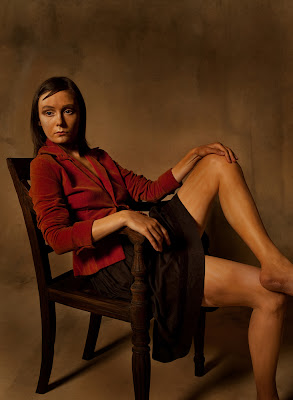 "I chose portraits that I found emotionally intense
and heartbreakingly beautiful," says Arbus 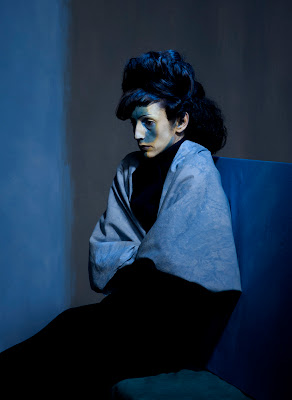 "Amy Arbus is fearless…Her astonishing and pitch-perfect pictures say as much about the sweetly treasured past of painting as they do about the unpredictably hybrid future of photography." –Brian Wallis, Chief Curator, International Center of Photography

AFTER IMAGES
PHOTOGRAPHS: AMY ARBUS
Amy Arbus is no stranger to portraiture but this latest series takes her work to a new level. These photographs are a discussion of what occurs in the lens between the real, the represented, and how memory influences perception. It is an homage to classic paintings by masters such as Picasso, Modigliani, Cezanne, and Courbet wherein Arbus extends photography's range. Her chiaroscuro lighting and lush colors produce emotionally dark trompe l'oeil portraits in which the live models appear to be trying to escape the confines of the picture.


"Re-enacting a painting requires a very deliberate kind of scrutiny,” says Amy, "It's like dissecting and re-assembling. The challenge for me has been to use extremely soft lighting and to figure out how to represent the sloped shoulders, elongated necks and fingers that don't exist in real life. I was always too intimidated to create portraits in the style of another photographer, yet ironically with this series, in taking liberties from the original, I feel I was able to make my most unique body of work yet. When people first see them, they are convinced they are paintings."

Amy Arbus has published four  books, including the award winning On the Street and The Inconvenience of Being Born. The New Yorker called her most recent book, The Fourth Wall, her masterpiece. Her photographs have appeared in more than 100 hundred periodicals around the world, including New York Magazine, People, The New Yorker and The New York Times Magazine. She teaches portraiture at the International Center of Photography, and The Fine Arts Work Center and NORDphotography. Arbus is represented by The Schoolhouse Gallery and The Griffin Museum of Photography in Massachusetts. She has had 24 solo exhibitions worldwide and her photographs are a part of the collection of The National Theater in Norway, The New York Public Library, and The Museum of Modern Art in New York. (NYDC/1stdibs)