ANDERSON + LOW: An Intimate Journey with Chinese Gymnasts at Fahey/Klein 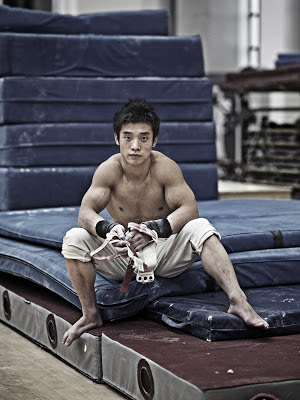 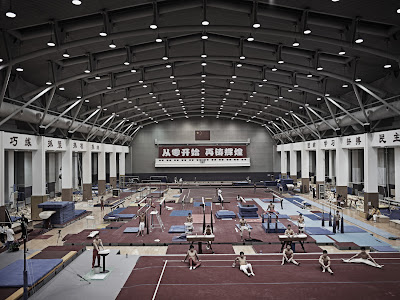 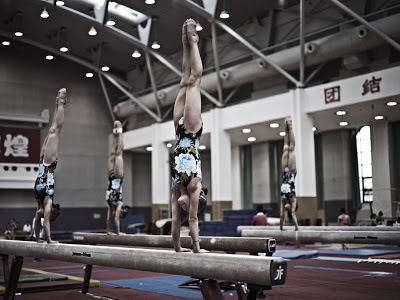 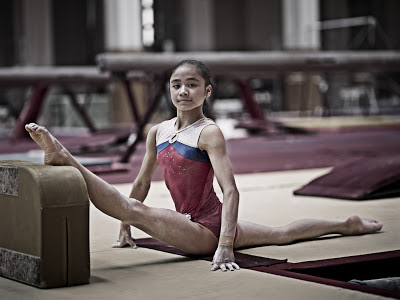 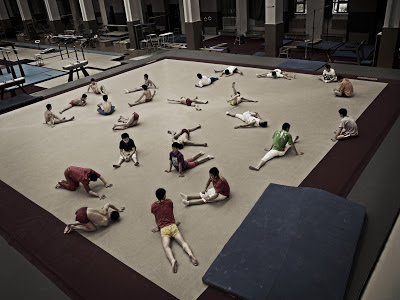 Fahey/Klein Gallery presents "ENDURE: An Intimate Journey with the Chinese Gymnasts", the first exhibition in the western world of this project from contemporary photographers, Jonathan Anderson and Edwin Low. The exhibition is comprised of large-scale color photographs taken over a two-year period documenting the elite Chinese gymnasts, their challenging and dedicated training program, their character, and the team's training facilities in Beijing.

Athletics, endurance, and the process of training have inspired Anderson + Low for over twenty years, but it wasn't until 2009 that the duo was granted exclusive and completely unique access to photograph the Chinese gymnasts.   Nobody has been given this access, and the results are as unprecedented as they are extraordinary. Over the following two years, Anderson & Low would work to create a documentary series that reinvents traditional sport imagery. Whereas conventional sport photography primarily focuses on the winning moment, or an instance of heartbreaking defeat-Anderson & Low's images explore the mental and physical process of training itself, and the structure and discipline the young gymnasts endure. The images capture powerful moments of stillness and transcend into a study of the human condition in microcosm, an examination of the purest human emotions under intense pressure. Although the images have a distinctly contemporary feel, athletics, training, and competition are among the most ancient and earliest depicted themes. Anderson & Low's images reference classic Greek and Roman forms, and the ancient ideal of the trained athlete. Their photographs examine the tension between the athlete's ideal and the very real limitations of the human body.

Anderson + Low state that the goal of the project is to celebrate the extraordinary athletes they have spent years photographing alongside, and of whom they remain in awe. They use the word "Endure" in a triumphal sense, celebrating these gymnasts' stamina, endurance, dedication, character and through this they celebrate the human spirit as a whole. Their images avoid judgment; instead, the detailed scrutiny in these images conveys the physical and mental experiences of the athletes, and the photographers' feeling of respect and admiration towards the athletes' strength, grace, power and determination. This became evident to the photographers when they first witnessed the athletes training in their massive gymnasium in early 2009, "We experienced profound emotion, intimate and powerful, made all the more intense by this primal response being so unexpected. It was, and still is, unforgettable; until that moment, we had not known that sport could still make us feel something so simple, as though it was the first time we have ever seen people train." (ENDURE, Serindia Contemporary Publications, 2012)

Since 1990, Jonathan Anderson and Edwin Low have been collaborating creatively as Anderson + Low. Their work has been exhibited internationally, and belongs to many public and private collections including: The Metropolitan Museum of Art, New York; Victoria + Albert Museum, London; National Portrait Galleries (United Kingdom and Australia); National Gallery of Australia; Museum of Fine Art, Houston; High Museum of Art, Atlanta, and La Maison Européenne de la Photographie, Paris among many others. A limited edition book of "Endure" was recently released by Serindia Publications (2012). Jonathan Anderson and Edwin Low live and work in London, United Kingdom. (Courtesy Fahey/Klein) 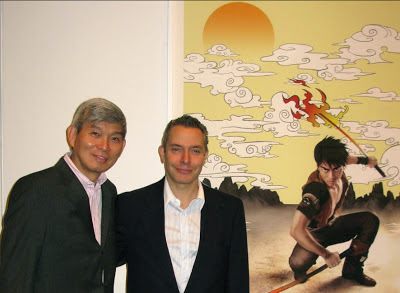 
EA: Where did you two meet?
Jonathan Anderson: We met in a photographic facility in London 25 years ago October the 12th this year. We’ve been working as the team 'Anderson + Low' for over twenty years.   Edwin Low: We submitted some work for the Royal Academy Summer Exhibition. It was quite unique because it was the first time they accepted Photography as an art form in the Royal Academy. The rest is history.  Jonathan Anderson: We thought we’d better take ourselves seriously and carry on, so that's where it all started.
Posted by elizabeth avedon