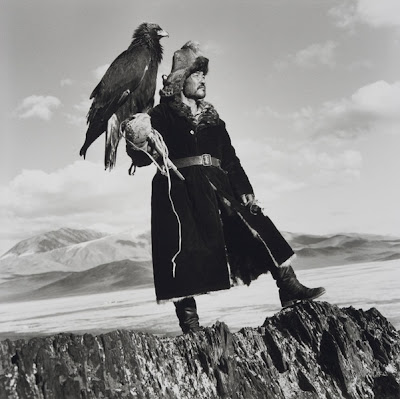 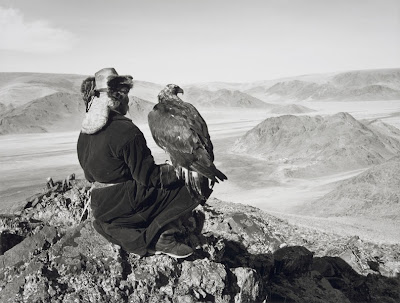 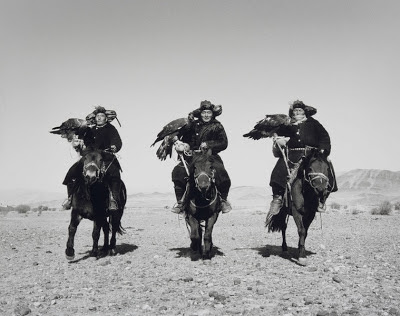 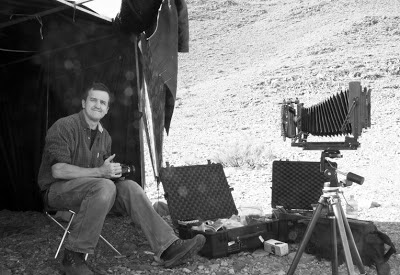 John Delaney in his traveling Studio

The method and style of my photography is very traditional. I travel with a large format wood view camera and a portable studio tent. My traveling studio not only controls the light but also serves as a common meeting ground in which my subjects present themselves. The goal is to create a portrait that reveals something beneath the obvious: a sense of grace, nobility, or humanity. – John Delaney 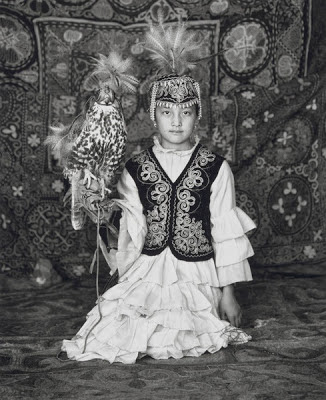 "Every year soon after the first snowfall these majestic men will mount their horses and head up into the mountains in search of prey. They will lose their eagles on any unsuspecting fox, rabbit, and even wolf. The Kazakhs capture their eagles while young, often directly from their  cliff side nests. They take only the female, which are larger and more aggressive than the male. The eagles stay with the hunter for about seven years, during which time man and bird live in symbiosis, bound in survival. With a wingspan of over 7 feet and talons that can easily crush bone, these majestic predators make formidable allies. In the more isolated valleys of the Altai Mountains this hunt still provides needed food and furs for harsh winters. And it has become a treasured tradition and right of passage for the Kazakh men."– John Delaney

Shot in Mongolia in 2008, John Delaney's Golden Eagle Nomads centers on the relationships between the nomadic Kazakh people and their golden eagle hunting companions. Though their nomadic lifestyle and hunting traditions date back to the 5th Century (and possibly earlier), the Kazakh's way of life is now threatened by an encroaching Western influence and globalization. Delaney's photographs capture the unique and complex symbiotic relationship between the Kazakh people and these powerful birds. Delaney was honored with the 2008 Lucie/International Photography Awards 'Discovery of the Year' for this series and was Master Printer for Richard Avedon, Irving Penn, Bruce Davidson, Patrick Demarchelier, Steven Klein, among others. His work has been exhibited both nationally and internationally.

I absolutely love his work!

wow... this is a fantastic work.