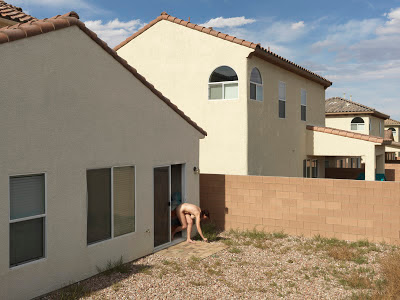 Elizabeth Avedon: What brings you to New York?
Mona Kuhn: I have been invited to curate an exhibition titled “Under My Skin” at Flowers Gallery in New York City. It is a selection of nudes in contemporary photography, with works created mostly in the last five years. The exhibition reflects how we are currently representing the nude through the photo medium.

Aside from photography, I have been an independent scholar at Getty Research Institute since 2000. In the last 13 years, I have been curious about how we humans represent ourselves in works of art, and specifically in nudes, throughout art history - in all mediums.

It is a fascinating subject to me. Trends in art come and go, but the Nude remains a canon of high art, like a shadow we cannot jump away from. My two favorite ways of escaping is to photograph and being a bookworm. The invitation to curate brought both desires together.

EA: Did you alter your point of view when shifting from artist to curator?

MK: Lets face it, curating is a competitive career. Most curators compete with each other to establish themselves intellectually in their field. There has been a huge gap in the US for museum level exhibitions related to the Nude. I am very comfortable with the theme, it is my second skin. And because it is not my profession and I am not tied in with an institution, I have the freedom to bring together works of high and low art that reflect our current culture. The choices were more emotional and guttural, than academic. I am thankful for that freedom...(Mona Kuhn is one of the most interesting women in Photography today. Read the entire Interview here)