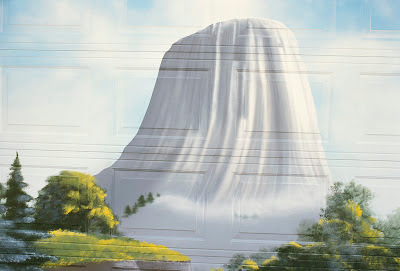 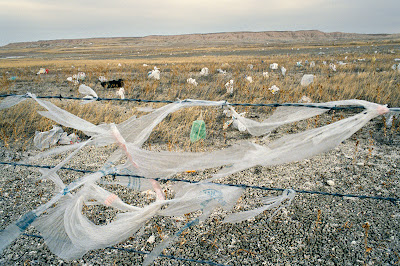 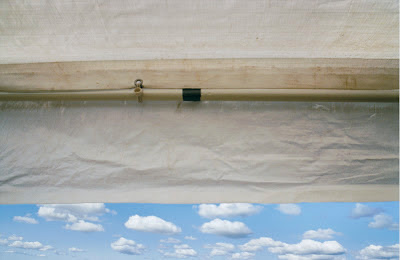 “Looking back at My Dakota, I now realize that I was photographing this dark time in my life in order to try to absorb it, to crystallize it, and, ultimately, to let go of it. Not only did my first grief change me, but making My Dakota changed me as well, both as a human being and as an artist.” –Rebecca Norris Webb

+  +  +
Rebecca Norris Webb's exhibition, My Dakota at the Ricco/Maresca Gallery, brings together works from Webb’s acclaimed book recounting the sudden loss of her brother through idyllic landscape portraits of her home state of South Dakota. My Dakota serves as a lyrical elegy, depicting the hypnagogic process of grieving and visually chronicling the fragility of life and the inexplicable changes that occur while mourning.
Webb moved to South Dakota at the age of 15. The artist originally found expression as a poet, before exploring photography after college. For Webb, language could not fully capture the totality of the world around her, nor satisfy her innate curiosity for visual exploration. The artist’s latest book, My Dakota, blends poetry with photographs of her home state as a multi-layered portrait that marries aesthetic representation with lyrical record. The heart of the book lies in the enigmatic photographs where the artist is seemingly searching for significance behind continuation and meaning beyond an emotional chasm. Reflections and windows play a significant role in the series as a way of capturing memory within the present while exuding a sense of abandonment and disconnect from life’s fleeting moments. Rooted in sentient exploration, each work is open to interpretation – giving the viewer an outlet to draw their personal recollections and emotive conclusions. (Courtesy Ricco/Maresca Gallery)