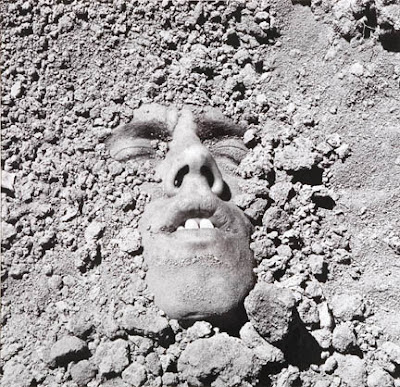 
"All behind me are the friends that died; I'm breathing this air that they can't breathe; I'm seeing this ratty monkey in a cheap Mexican circus wearing a red and blue embroidered jacket and it's collecting coins and I can reach out and touch it like they can't. And time is now compressed; I joke and say that I feel I've taken out another six month lease on this body of mine; on this vehicle of sound and motion, and every painting or photograph or film I make I make with the sense that it may be the last thing I do and so I try to pull everything in to the surface of that action. I work quickly now and feel there is no time for bullshit; cut straight to the heart of the senses and map it out as clearly as tools and growth allow....I see myself seeing death; it's like a transparent celluloid image of myself is accompanying myself everywhere I go." David Wojnarowicz died of AIDS July 22, 1992 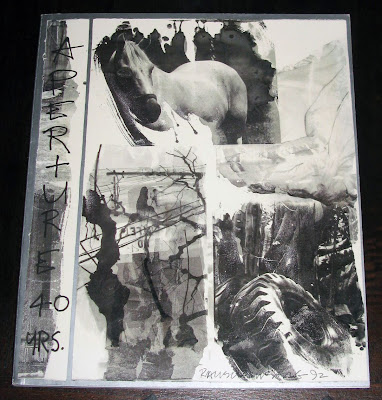 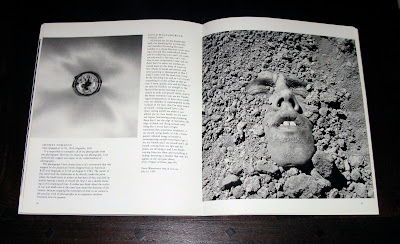 
I recently came across APERTURE'S 40TH YEAR SPECIAL ANNIVERSARY ISSUE, published in Fall 1992. It's an extraordinary look back at Photography before the popularity of digital camera's came into the picture. ("Not until 2001 did Kodak begin selling mass-market digital cameras"–Ben Dobbin, AP). Michael E. Hoffman was still Director and Publisher of the Aperture Foundation. Hoffman published the legendary Diane Arbus Monograph by Marvin Israel and Doon Arbus in 1972, now in it's 40th-Year Anniversary Edition printing, as well as books by Edward Weston, W. Eugene Smith, Paul Strand and Dorothea Lange, among many other greats. In 1992, Basketball star “Magic” Johnson announced he was HIV-positive and Freddie Mercury, lead singer of Queen, died of complications from AIDS.

"The process of bringing together a "forty years" celebration forces one to see photographs as, among other things, indicators of their time. Several photographers address AIDS in their text or images; the brutality of this devastating epidemic became all the more jolting when David Wojnarowicz died of AIDS during the preparation of this issue, having selected his photograph, but without having had the time to write his text."

"Whereas images cannot directly combat the overwhelming reality of such tragedies, history–recent and distant– has proven how powerful photographs are in revealing injustices, insisting upon action, and inspiring controversy and often, change. In keeping with the spirit of Dorothea Lange and other Founders who measured Aperture's success in part by the depth and expression of it's social conscience, Aperture will continue to be a forum for those photographers who are committed to confronting the crises and concerns of our time...." –THE EDITORS, Number One Hundred Twenty-Nine, Fall 1992

**Text by David Wojnarowicz was from excerpts published in Aperture's 40th Year Special Issue, page 76, and originally excerpted from an interview by Barry Blinderman with David Wojnarowicz in Tongues of Flame, University Galleries, 1990, page 49,