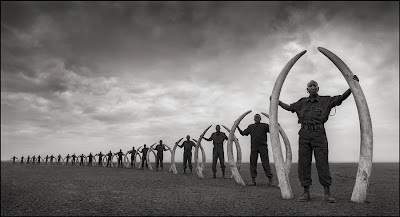 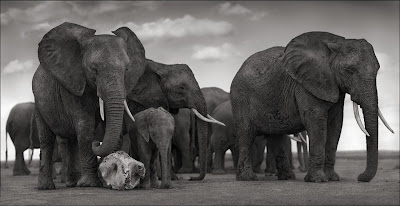 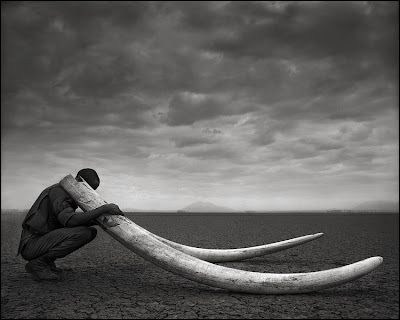 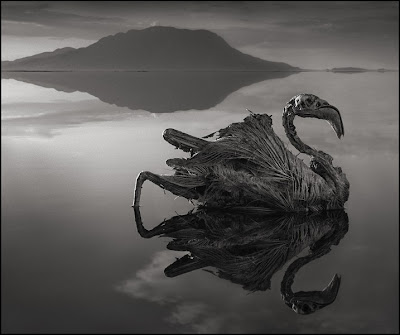 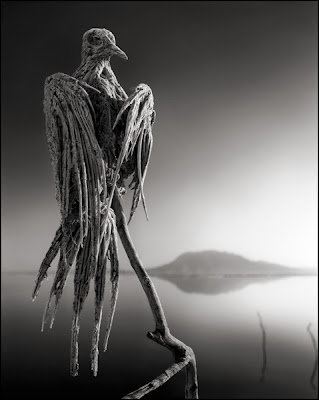 "The photos, darker in tone than previous work, reflect the further ongoing diminishing of the natural world of Africa."–Nick Brandt

Currently on display at photo-eye Gallery in Santa Fe, New Mexico, is a group exhibition which includes new work by Nick Brandt. photo-eye's Anne Kelly spoke to Brandt about these striking new images:

"The three photographs of rangers are all holding tusks from elephants killed at the hands of man within the Amboseli/Tsavo ecosystem. The rangers in the photos are part of the team from BIG LIFE FOUNDATION, the non-profit organization I started in Sept 2010 in an effort to help try and halt the alarming and massive escalation of poaching in East Africa. So far, working within the Amboseli ecosystem of Kenya and Northern Tanzania, the Big Life teams have successfully dramatically reduced the level of poaching and other killings of animals in the region. The problem remains rampant elsewhere." Read photo-eye's Anne Kelly Interview here.

These images are fantastic! I've always loved black and white photographs, it just gives an image a whole new dimension but this is just stunning.

I love these photographs! They are really inspirational and they stir emotion.

I love the bird, amazing pic