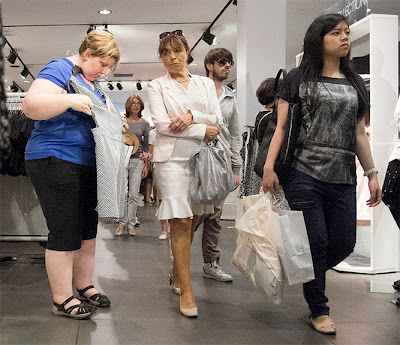 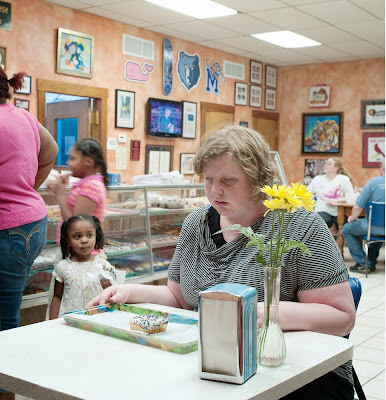 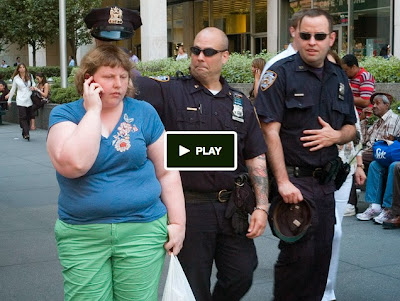 "Her ability to draw attention to global attitudes about weight, fat shaming and other issues related to body identity is tremendously deserving of your support." — Jon Feinstein, Co-Founder of Humble Arts Foundation

THE WATCHERS: The first book of photographs by Haley Morris-Cafiero from her award winning series Wait Watchers.

WAIT WATCHERS: In 2010, I set up a camera to take a self-portrait in Times Squares in New York City. After I had the film developed, I looked at the images and found that a man was standing behind me and appeared to be sneering at me. I never thought that I would capture a glance that can last a microsecond. Since then, I have been setting up a camera in public to see if I can capture the gazes of the strangers who walk by me while I am doing everyday, mundane acts. I then look at the images to see if anyone who passed by me had a critical or questioning look on their face or in their body language. I present the images to the world to start a conversation. While I do not know what the passersby are thinking, I attempt to reverse the gaze back onto the stranger.

In February 2013, the Wait Watchers images were published on the wonderful blog, Lenscratch. The next day, they were published on Huffington Post, then the Daily Mail in the UK, and then went viral. After my photos received viral exposure, I found that most of the articles had comment sections filled with thousands of anonymous comments criticizing my body, my clothes, my face, my hair, etc. Then the critical comments starting coming via email. Most of the comments and emails said that my life (and in some cases the world) would be better if I lost weight and got a makeover. The unsolicited criticism inspired the next phase of the Wait Watchers series.

THE PUBLICATION: In September 2015, subject to the success of this Kickstarter Campaign, The Magenta Foundation, Canada’s pioneering non-profit, charitable arts publishing house, based in Toronto, Canada, will publish THE WATCHERS (Sept. 2015), based on the Wait Watchers series of photos by Haley Morris-Cafiero. And will be available in three versions—a Regular Trade Edition, a Boxed Special Edition and a Deluxe Special Edition complete with special edition print....more info here