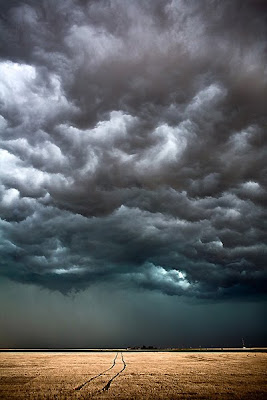 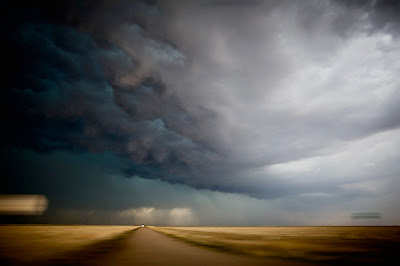 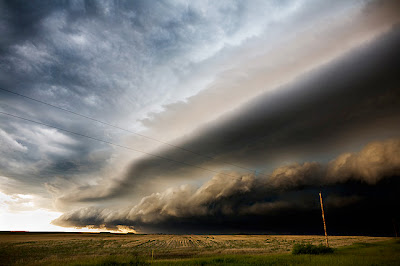 The storms we were chasing were Supercells, capable of producing grapefruit sized hail, and spectacular tornadoes; they were 50 miles wide and reached as high as 65,000 ft. into the atmosphere. These clouds were so large that they had the capability of blocking all daylight, making it very dark and ominous standing under them.
+ + +
CAMILLE SEAMAN, from Eastern Long Island's Shinnecock Tribe, is an Award-winning photographer best known for her Polar Iceberg images. She studied photography with Jan Groover and master workshops with Steve McCurry, Sebastiao Salgado, and Paul Fusco. She was named by American Photo Magazine as one of the top 15 emerging photographers of 2007. Other awards include: Artist in Residence onboard M/V Orlova in Antarctica (2007); Critical Mass Top Monograph Book Award (2006); National Geographic Award (2006); Nikon.Net Editor's Choice Award (2006) and was honored with a solo exhibition, “The Last Iceberg” at the National Academy of Sciences, Washington DC in 2008.

The images in "The Big Coud" series were made in May and June of 2008 in Texas, Oklahoma, Kansas, Nebraska, South Dakota and North Dakota. A total of 5,600 miles was driven in just under a ten-day period.

Four Seasons in a Life said...

Clouds have a beauty that is both magical and fearful and Camille certainly captures its mystery and power.

Personally I have always felt clouds are messengers and we are still trying to figure out what they are telling us.

Thank you fir sharing and have a wonderful Sunday,
Egmont

WOW !! this is really powerful .
i didn't know Camille's' work . i am really impressed with all these values she got .
thank you Elizabeth .
i am going to look for more of her works !!!
this is exactly the kind of photography that makes a real diference and can be called art .
this is what i love .

The top photograph seems both very dynamic yet at the same time, very calm. I also like how she resisted the temptation to go over the top on them. I think some photographers these days would have used too much HDR and/or over saturated them.

wow...these are absolutely amazing. i feel like i'm caught in a twister!

the images are so beautiful, congratulations, very good post.