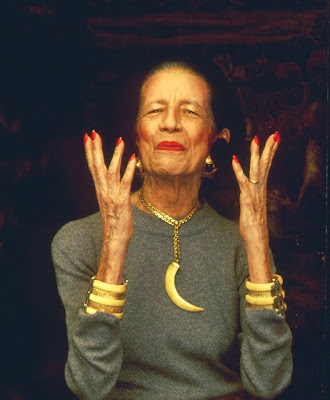 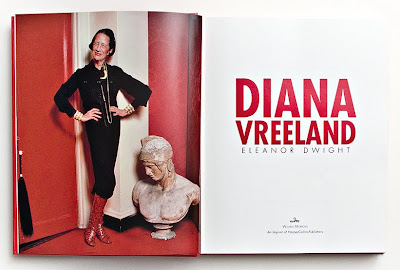 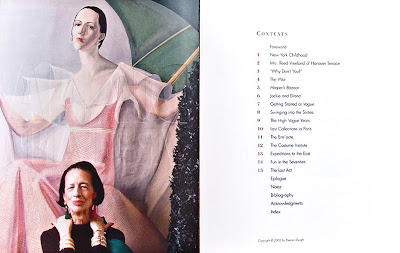 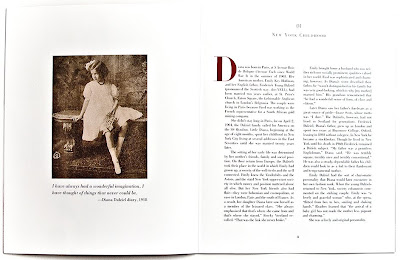 Diana Dalziel, 1911 "I have always had a wonderful imagination, I have thought of things that never could be..." –Diana Dalziel diary 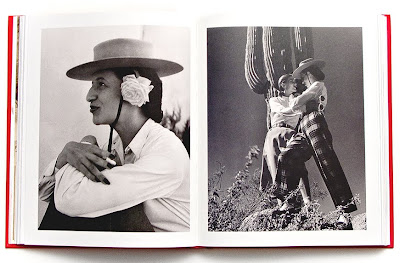 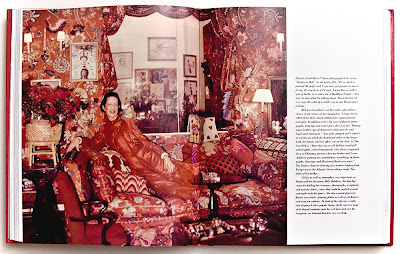 Diana's friend Horst P. Horst photographed her in her "Garden in Hell." As she said in DV, "All my life I've pursued the perfect red. I can never get painters to mix it for me. It's exactly as if I'd said, 'I want Rococo with a spot of Gothic in it and a bit of Buddhist Temple' – they have no idea what I'm talking about. About the best red is to copy a child's cap in any Renaissance portrait." Photograph (c) Horst P. Horst 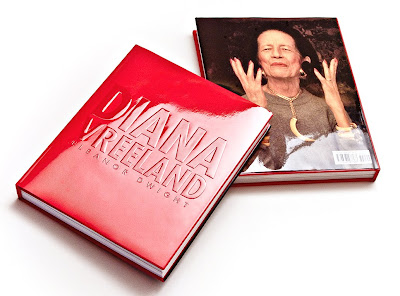 DIANA VREELAND by Eleanor Dwight
Book Design by Elizabeth Avedon
"There's an excellent profile in Interview in which Jeanne Moreau says: "I shall die very young." "How young?" they ask her. "I don't know, maybe seventy, maybe eighty, maybe ninety. But I shall be very young." – DV
Legendary fashion arbiter, Diana Vreeland, born Diana Dalziel in Paris in 1906 to an American socialite mother and British father, married businessman Reed Vreeland, and with their two young children, moved to London, where they spent six years. Vreeland made frequent visits to Paris; and befriended designers such as Patou, Schiaparelli and Chanel. Returning to the states in 1935, Vreeland wrote an inventive column for Harper's Bazaar, "Why Don't You?" and later became a top editor there. Vreeland photographed models in Frank Lloyd Wright homes instead of in staged studios. In 1963, she became Vogue's editor-in-chief during the "Swinging Sixties" youth quake era, traveling to exotic locales in Africa, India, Turkey, China, Japan, and South America with famed models of the time Jean Shrimpton, Veruschka, Penelope Tree and Twiggy. In 1971, Vreeland became the consultant to the Metropolitan Museum of Art Costume Institute, creating the most exquisite exhibitions; "The Glory of the Russian Costume" prepared with Jacqueline Kennedy Onassis; "Diaghilev: Costumes and Designs of the Ballets Russes"; "Imperial Style: Fashions of the Hapsburg Era"; "Yves Saint Laurent: 25 Years of Design"; "The Eighteenth-Century Woman", among many others. Mrs. Vreeland lived an artistic life, always fashionable and immensely creative. She died in 1989.

Tough to get a terrific feel from such a diverse set of charged photographs. This is a beautifully designed book.

I can't take my eyes from these photos...
hummm... this book ... it is easy to see that is going to become an object of desire for lots of people .

This is the must have-one and only. I see my copy every day along with Diana's own ALLURE. This is a beauty. pgt

Dear Elizabeth, I must get a copy of this book. I've never seen the Patricia Rattazzi picture in colour. I love it.

I did a post of DV quotes here: http://fashionsmostwanted.blogspot.com/2010/12/friday-quotes-diana-vreeland.html

Hope all's well with you xx

D.V.'s influence on American fashion was more than just what she showed in the magazines, but how she presented it visually and what she said about it. Her contributions were huge and she truly is a fashion icon.

Such an amazing woman - what style! Stunning book. Will have to track one down.

Hi Marla, they are available on Amazon.

Dear Elizabeth, great blog! Thank you for stopping by mine and live me a comment. I will come back and browse your beautiful posts! A hug from Milan. M.

I had no idea that you designed the book cover! I have this book and love it AND the cover - simplicity contrasting with a brilliant shade or red. Loved the post about the incomparable DV.