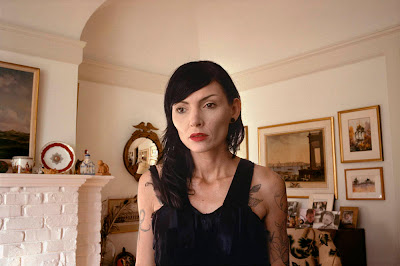 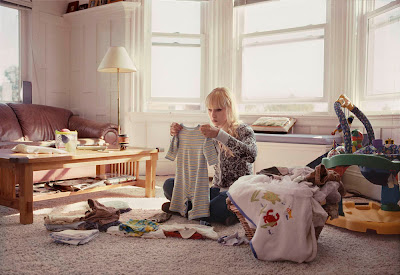 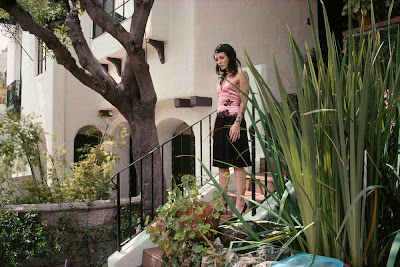 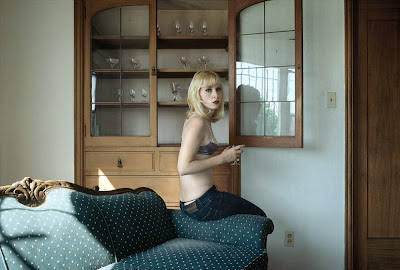 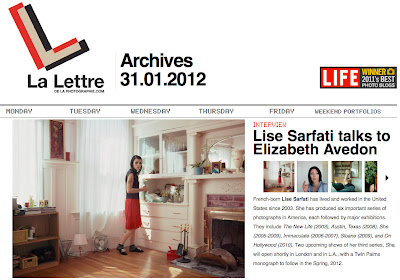 French-born Lise Sarfati has lived and worked in the United States since 2003. She produced six important series of photographs in America, each followed by major exhibitions. Two upcoming shows of her third series, She, will open shortly in London and in L.A., with a Twin Palms monograph to follow in the Spring, 2012.
Publisher Jack Woody (Twin Palms) confided about Sarfati’s work, "When I look at the women in her photographs I suspect in some way they are all self-portraits. Lise sees in these women an incredible endurance, confronting their circumstances across the surfaces of the indifferent western landscape they have come to occupy." Q: What was your intention behind your series, She?The ordinary and the singular. Universality. Anti-heroines. Projections and situations....My intention was to show a bit of the futility of our daily life, the simplicity of situations and our movements in our environment and to oppose this simplicity to another field: that of interiority, emotion, psychological relationships. It is to receive the emotion (of the 4 women) and to mix them with mine. I also had autobiographical elements that allowed me to situate myself emotionally: I have 3 sisters.My point of view was not generic but I wanted to be immersed in a particular story between four women from the same family. This story had to have a generational dimension...In She and Gina are older, about 40 years of age, while Sloane and Sasha are younger, around 20. They are all sisters...The classic image of the mother is that of a woman drowned by the love for her little one. In She however, the mother, the daughter, the sister and the other sister can be rivals or enemies, competitors or indifferent.Christine, the mother is the axis of this construction, the only woman who tries to satisfy her dreams. At first married to a Jehovah’s Witness in Arizona, she leaves her husband and her two daughters to live a fully liberated sexual life and becomes a dominatrix on the west coast. Then, she projects herself into a new dream: to become a rock star. Gina cultivates a masculine/feminine sexual ambiguity and wears a black wig to look like her sister Christine. Sloane, Christine’s daughter, changes her appearance constantly going from a blond wig to discolored hair. She has been a nanny for two years. Sasha, Sloane’s sister, is perpetually depressed, enclosed in her cocoon and inclined to melancholia.The environment is an important element. Christine is photographed in Oakland in the ghetto in a house she shares with a roommate. We meet Sloane in the ghetto in Oakland in the house of a friend of her mother’s. All these houses look alike with their wooden windows and their chimneys. They are the interiors of Hopper paintings. We see Gina coming out of a grocery store, these are environments linked to the 1970s. The only images of projection that are out of the ordinary are those of Christine in the desert...read the entire Interview with Lise Sarfati, La Lettre de la Photographie

Sublime!
I love women as subject on photography.