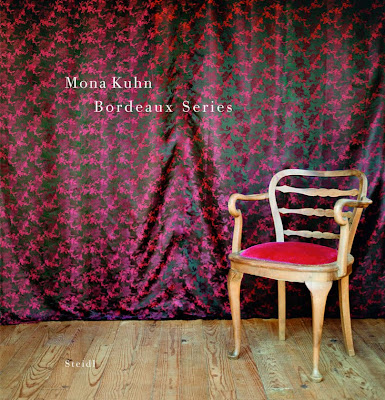 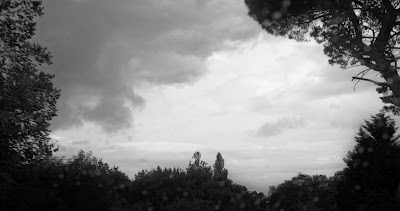 Paysage 7, Bordeaux Series, Photograph © Mona Kuhn
Mona Kuhn spends her summers in the beautiful countryside near Bordeaux, France, in a house nestled in the pine forest, lit only by oil lamps and candles. 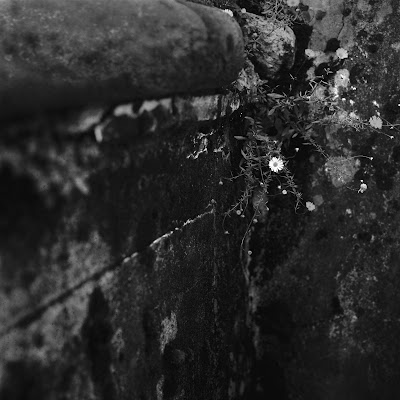 Stone 1, Bordeaux Series, Photograph © Mona Kuhn
EA: How did the idea of including landscapes fit into this series?

MK: They are landscapes I took of the region in-between the portraits, to inform a little bit about the area. When I had the beautiful light, I was photographing my friends. When it was raining, and there are a lot of summer thunderstorms that go though there, I would go out and photograph the thunderstorms. A couple of them are dramatic thunderstorms images and large clouds and high contrast, and some are of pathways that create this idea where this room is where all the people have gathered. So you have a little bit of a maze like feeling with the landscapes that lead somewhere, but you don’t know where. 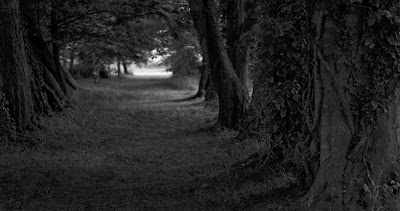 "It started with a group of friends in France that go truffle hunting. I realized that I would love to photograph this path, kind of bringing them to my work. It’s not that I want truffle hunting in my work, but I transferred that into the idea of almost a tale, a little like Hansel and Gretel. You’re going somewhere, there’s this house in the photograph, but no one knows where you are going. In a more philosophical way, I was looking at those pathways also as the passages of entering and leaving life. Not that’s what you see in the images, just what was in the back of my mind...To celebrate black and white, I made prints that are 38” x 72,” very large black and white silver gelatin prints on fiber paper. They are like the most traditional black and whites you can possibly have. They are perfect. I am so excited about those black and whites."–Mona Kuhn
Read my Interview With Mona Kuhn here
Posted by elizabeth avedon

Would love to see these black and white 38" x 72" prints. Do you know if there will be a show on the West Coast someday?

On West Coast, Mona Kuhn is represented by the M+B Gallery in Los Angeles