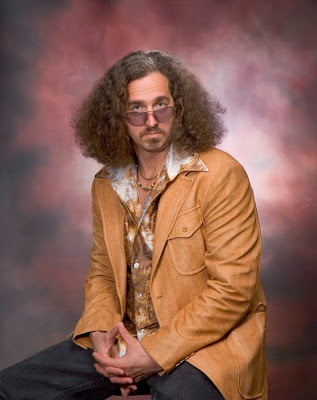 Perm
A Collaboration with Terry Brown 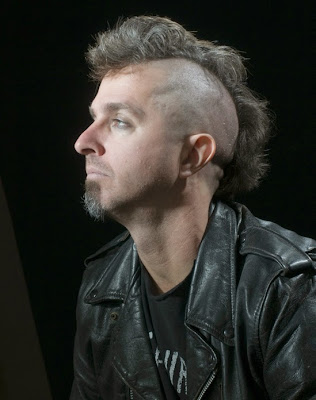 Mohawk
A Collaboration with Terry Brown 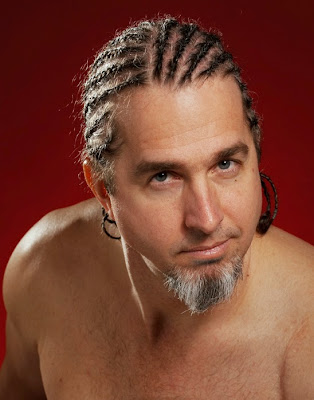 Cornrows
A Collaboration with Terry Brown 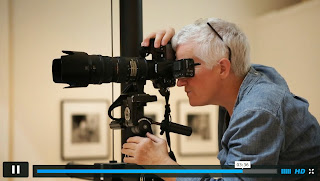 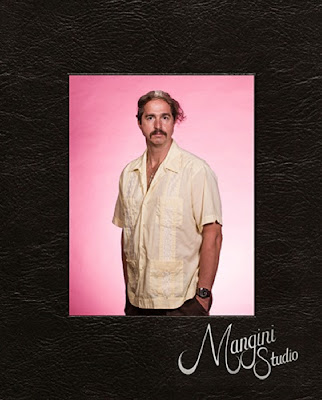 "For a period spanning eight years or so, Gordon Stettinius, a photographer and a man of average appearance, sporadically visited the Mangini Studio in Richmond, Virginia, to have his portrait taken. Terry Brown, a fine art photographer as well as a commercial portraitist, happened, at that time, to be Mangini’s principal studio photographer.  The first of the styled portraits Brown recorded came about as the result of Stettinius’ disquieting need to experiment with the proud but oft-maligned hairstyle known to some as the permanent wave. To date, Brown and Stettinius have produced over fifty of these studio portraits.  Taken individually, the images run from believable to the slightly ridiculous. Taken collectively, one has to wonder if these two might have found something more productive to do with their time." – Candela Books

I met photographer, curator and gallery owner Gordon Stettinius as a fellow reviewer at the recent Photolucida Portfolio Review in Portland. Up to then I'd known of him only as the publisher of one of my favorite books, "Salt + Truth," powerful photographs by Shelby Lee Adams of the hollow dwellers of eastern Kentucky.

Stettinius has been a photographer for over twenty-five years and his work can be found in numerous private and public collections. His work is represented by Robin Rice Gallery in New York and Page Bond Gallery in Richmond, Virginia. In 2010, he founded Candela Books, a fine art photography book publishing company; and in 2011, founded Candela Books + Gallery a 3,800 square foot fine art photography gallery in the downtown arts district of Richmond, Virginia.

An important must read for photographers:
"Open Letter To Photographers/Artists"
by Gordon Stettinius

Thank you Elizabeth! An important piece,

I couldn't help myself from keeping a copy of it. It flows from the same source.

Gordon also wrote "What I really like!" for artists who submit work. Also worth reading.