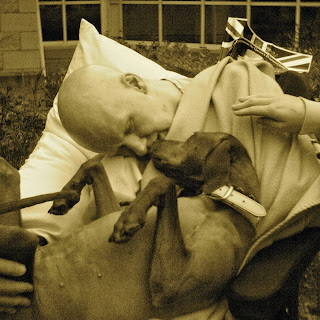 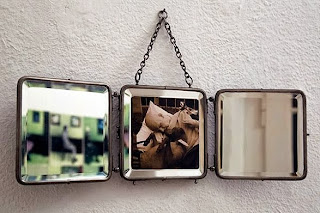 I've followed self taught fine art photographer Joanna Black before her work first came "out" at Review Santa Fe in 2011. She is a true artist with a unique vision and so much Heart.  Her early photographs, taken in Bangour Hospital where her brother was a resident, were the first images that caught my eye.

Based in Edinburgh, Black has managed to spread her creative eye across international borders. Just check out her bio. While leisurely flipping through images of participating photographers in LensCulture's FotoFest Paris 2013 (here) I recently came across Black's photograph of her Uncle Billy with Carly Simon, her family dog, which is titled Pieta (above) and just had to re-post it. 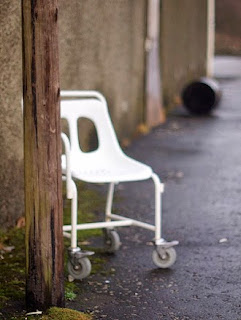 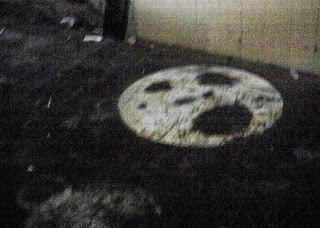 Henry was my brother, I never really knew him. He was 12 years older than me but in his mind never grew past the age of 2. My father came from a patrician Polish background and being unable to bear the low esteem he was held in by post war Scots, crossed the then impermeable iron curtain never to return. This left my mother with no option but to take a job as a bus conductress and to place Henry in the care of the state at Bangour Hospital, built by the Victorians to care for people who were "insane and infirm". This was especially painful to my mother as she had lost her entire family in the war (Hitler took some and Stalin the rest). That being said Henry was well cared for and was always happy, the only words he ever spoke were "Mummy" and "man in the moon". His chocolate brown eyes sparkled with happiness and he would make a noise which to my childish ears was exactly the same noise my guinea pig made when you stroked him. He lived a life of smiles until he was 33 at which point his body eventually gave up. – Joanna Black 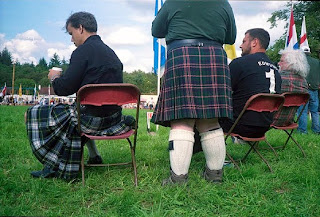 Beautiful and touching.
Who can fail to respond to these images and the story behind them!

I am also. I met her while visiting, happening by her vintage pop up store.